We are Mortgaging Our Future, Again

The Federal Debt Clock eclipsed $22 trillion dollars during the middle of last night. This column , and its sister site ""Reclaiming Common Sense" has written a number of articles on the Federal Debt.

Last Year we saw we saw record levels of individual revenue collected .  The October Treasury Report  indicated that we had $1.683T in individual Income Taxes collected for the fiscal year ending September 30, 2018. The prior fiscal year we saw $1.587 trillion collected. Corporate revenue dropped from $297B to $205 billion. Total Revenue increased from $3.314T to $3.328T or an increase of 14 billion dollars.

Revenue is up year to date, so is spending. Revenue has increased from 769 billion to 771 billion dollars. Unfortunately, spending, or outlays, has risen from 0.994 trillion to 1.090 trillion dollars. This is deficit spending.

Where are we spending more this year than last year? Health and Human Services costs are up $32 billion, Social Security is up $27 billion, Interest on the debt is up $18 billion and Defense Spending is up $13 billion. The media will focus on the defense spending. 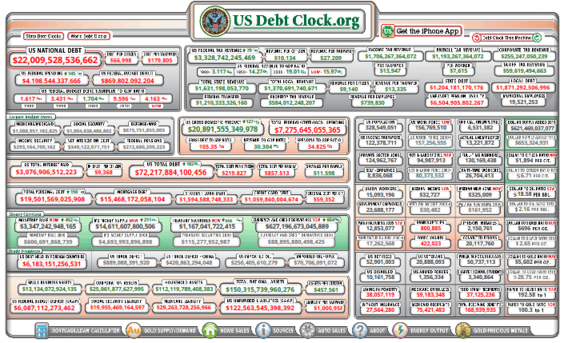