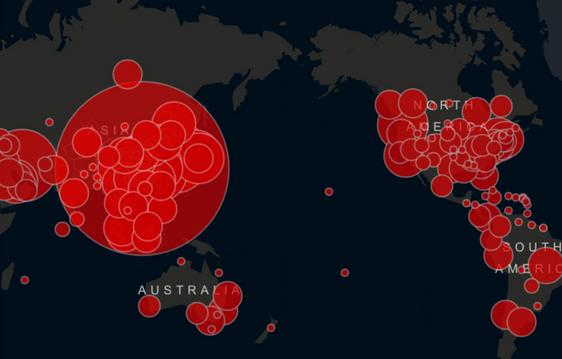 The February Economic Data was Pre-Wuhan. Same for most of March.

Which is More Important H1N1 or the Wuhan Virus? Should We be Shut Down?

The Legacy Media is hyper-focused on the Wuhan Virus to the detriment of paying attention to the economic news that has been released recently.  This past week we received remarkable data regarding New Home Starts, February Retail Sales, Existing Home Sales, and Seasonally Adjusted First time claims. (Links to all can be found in the March 21 week in review article.) Meanwhile, the media obsesses over soaring opens and plummeting closes or plummeting opens and soaring closes of the stock markets, plural. What is interesting, and what has been interesting, is the coverage of the Wuhan Flu data in the absence of discussions pertaining to the  Common Flu. What has been so interesting?

Words Matter. This virus originated in the Wuhan Province of China. Many in the Media have been calling it the Wuhan Virus or the Chinese Coronavirus. It was "officially designated" the COVID-19 strain by the World Health Organization. Many in the media have observed that ZIKA and MERS were named for their place of origin. Why not the Wuhan Virus? Is it really racists to say "Made in China?"

Common Flu versus Wuhan Virus. There are some in the media that are claiming that the Wuhan Virus is different because it is the Novel Coronoavirus COVID-19. They believe that it is more infectious than the Type A flu. They believe that it could be deadlier than the common flu. I believe that I may win the Powerball Lottery. Let's look at the March 14, 2020 data, the most current for the CDC flu reports, and compare that with what we knew March 14 with regard to the Wuhan Flu:

There were more hospitalizations for the common flue in the United states than there were total cases of the Wuhan Flu in the World on March 14.

How is it that Mainland China and Japan have such low infection rates compared to the rest of the world?

Mortality Matters. We are also seeing a similar pattern in the mortality rates.

So far, the United States is doing very well with both keeping the infection rate rather low and keeping the mortality rate very low.

Why "can't we" compare the Wuhan Virus to another virus or type of disease? The "novel coronavirus" is different? The Common Cold is a coronavirus.  The current strains of the common virus are Influenza A (H1N1)pdm09 and Influenza B, H3N2, per CDC.gov. It is also interesting to note that there are now more cases of the common flu than were reported during the 2009 H1N1 outbreak. Other Coronavirus outbreaks have been:

Coronavirus is the type of virus, not its name. It's name is either COVID-19 or the Wuhan Virus.

Good News is being ignored in the Legacy Media.  There have been some interesting articles regarding the source of the current coronavirus. Some in the media have been covering this incident since the outset.

The takeaway here is that while the media has been covering the sensational data regarding mounting infections and deaths, they have been ignoring the good news, including, for the most part, the levels of recoveries..

There are also some interesting articles and interviews that have resurfaced from the H1N1 outbreak.

Meanwhile, the Legacy Media is bashing President Trump for keeping us up to date with daily briefings, even on the weekend. They know that daily briefings are "must see" television for some people. There are more articles that will start surfacing as we move through this wave of virus.

The "Great Recession" was a structural recession created by a Housing Recession, a Jobs Recession, and a Retail Recession. We had more workers and jobs this February than we had last February. Our February Retail data is the strongest it has ever been. Our Housing Data is the best it has been since 2007 or 2008, depending upon what you are measuring, with record new home and existing home average sales prices. The jobs data is collected on the 12th or March, so we may still record a March record jobs level, record workers, record wages, and extremely low unemployment. Hoarding may boost Personal Consumption Expenditures. Government Spending may start soaring.  This may boost the First Quarter GDP well above 3% for the headline "Annualized" GDP.

One quarter is not a recession. The second quarter has not started. It may be dismal. Third quarter starts during July. It may be the "mother of all V-Shaped Curves." If we go positive quarter to quarter then we will not have had back to back negative Annualized Quarters of GDP, and therefore, technically we will not have had a recession. Watch pundits start talking about Same Quarter GDP if it fits their narrative of back to back quarters of decline. Watch them talk about a jobs or worker recession if employment doesn't snap back immediately.

Right now there are more cases of the common flu in the United States than the Wuhan Virus. This year there have been more cases of the flu, more hospitalizations, and more deaths due to the common flu than during the 2009-10 H1N1 outbreak. This is getting very little attention. Right now the first quarter economic data is remarkable. More data will be coming out over the next 30-45 days that will not reflect the Wuhan Virus Layoffs. Some in the media are already asking if we should ignore that data. Idiots. Technically we did not shut down for the H1N1 virus during 2009 and 2010 because we were already closed up due to the Great Recession. Not all stores and services shut down during 2009 and 2010. We probably need a dose of common sense to get everything back to normal within the next 30-45 days. Should we be shutting down? Should we be using Common Sense?

This is your co-pilot saying "We are experiencing some turbulence. Fasten you seatbelts. Stow your electronics. Place your tables in the upright position."