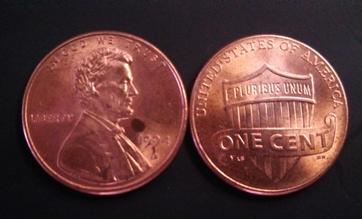 The week after the release of the Monthly Employment Situation Report is a fairly slow week for Economic Data. The Job Opening and Labor Turnover survey (JOLTS) report for the prior month is released after the Jobs Report for the current month. This week we also saw the release of the Treasury Report for the Month of March. Neither of those reports were too interesting. The JOLTS report showed that we have a record level of Job Openings - unfortunately the report does not indicate if the jobs are permanent or temporary. It also does not report whether or not they are full-time or part-time jobs. The Treasury Report revealed that we were spending more money than we received in revenue - also not groundbreaking news. We are still under $20 trillion in debt. What this means to you is that his column spends more time on the Jobs data - not the Jobs Report.

(April 13) The weekly unemployment claims report was released. Some people were surprised ha the number of claims fell, seasonally adjusted. Reality, the non-seasonally adjusted claims level, increased for the first-time claims and decreased for the continuing claims. This is normal for this time of year. the "Maundy Thursday Unemployment Claims Report" details the changes. We have a seventeen year low in first-time claims because we have added 2 million jobs during the past two months. This has gone unreported elsewhere because these are the non-seasonally adjusted Current Population Survey data. The rest of "the world" reports the seasonally adjusted Current Employment Statistic data. We also have elevated levels of people working two jobs. When people working two jobs find one that pays better, someone, or multiple people, may pick up those jobs. When people working multiple jobs lose one they are not unemployed, they still have another job. They are not unemployed. They are lesser employed. There is no lesser employed insurance program.

Friday was Good Friday. There was no column. It was not a day for writing regarding economic data. It was a day for reading, reflection, and prayer, in Church. Enjoy your Saturday - Holy Saturday. Tomorrow is Easter, not Reester.