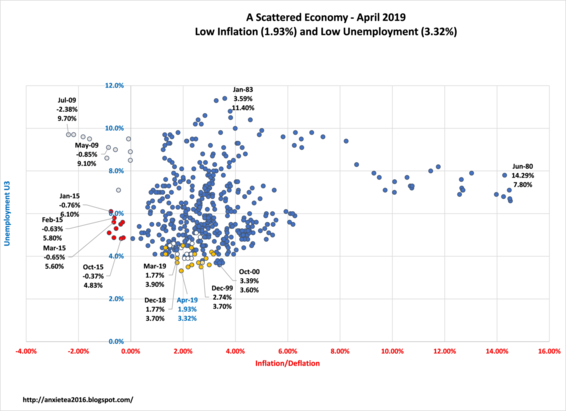 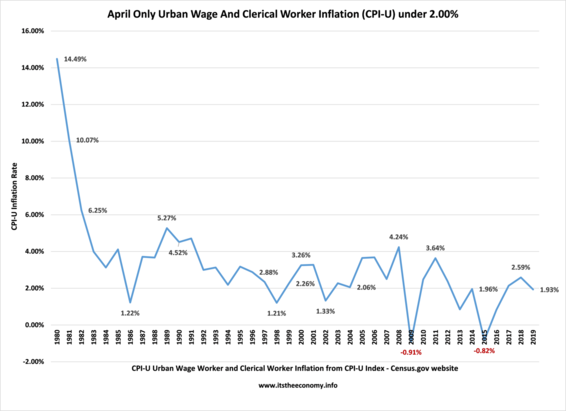 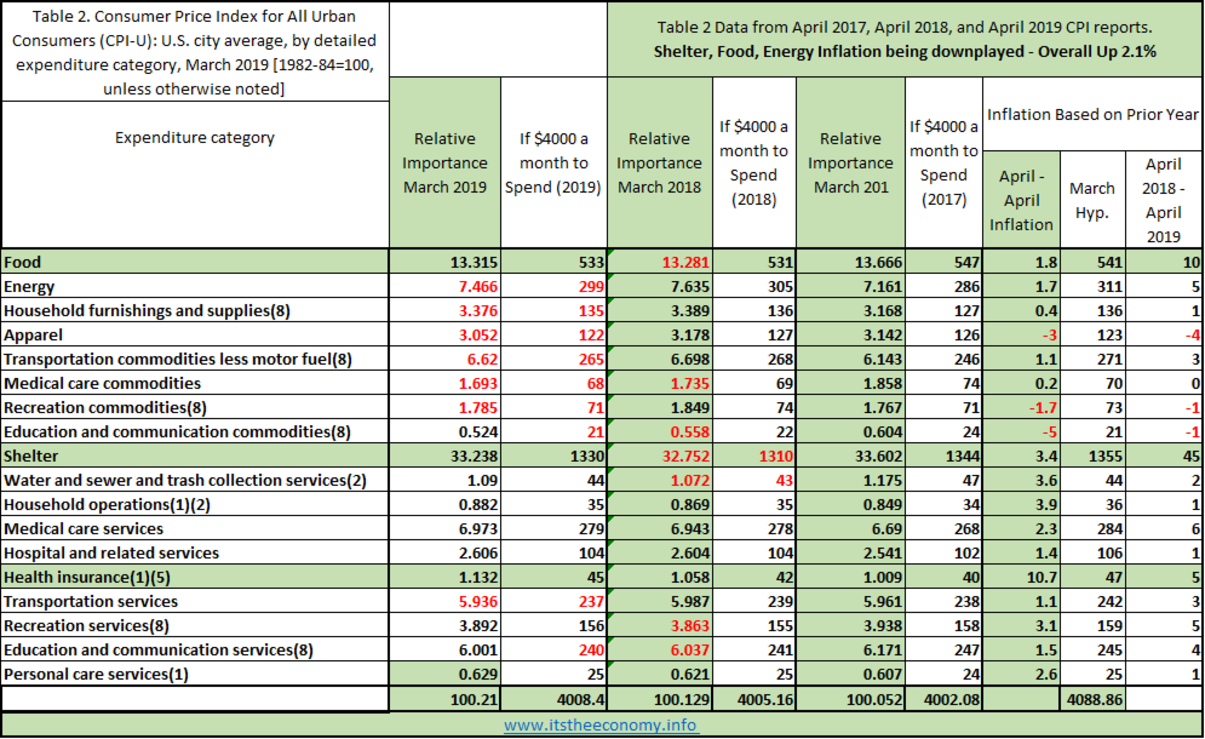 The China Trade Talks and the Uber Initial Price Offering have drowned out good news on the Economy.  Inflation was reported at 2.1%. It could have been reported at 1.93%.

Health Insurance spiked the most, and is weighted very lightly.  The April to April inflation for health insurance was recorded at 10.7%. We supposedly only spend 1.132% of our money on health insurance. This is comparable to what we saw during March when it took 1.124% of the basket of goods and rose 9.1%. Health insurance was 1.115% of the basket during February, when it was reported as rising by 7.7% February to February. This column has commented on how this weighting does not match reality for most Americans.

More Service Inflation and Shelter Inflation. Shelter was up 3.6%, Water sewer and Trash was up 3.6% and Household operations were up 3.9% April to April.  Medical Care services were up 2.3%, Personal Care Services were up 2.6%, and Recreational Services were up 3.1%. While increases at the pumps receive some headlines the 1.7% annual increase for Energy costs is receiving little notice. If we hold the basket of goods static to how "we spent our money" last April then you will see that food costs are up $10 this April and Shelter costs jumped $45 a month this month. Clothing prices, according to the CPI, continue to decline.

Inflation remains bifurcated with commodity deflation and service inflation. Health Insurance Costs are being actively ignored. There is "no misery" in the Misery index. The combination of inflation and unemployment rates (dubious math at its worst) is the lowest that it has been since 1980, other than during the CPI-U deflationary period of 2015 (red dots.) 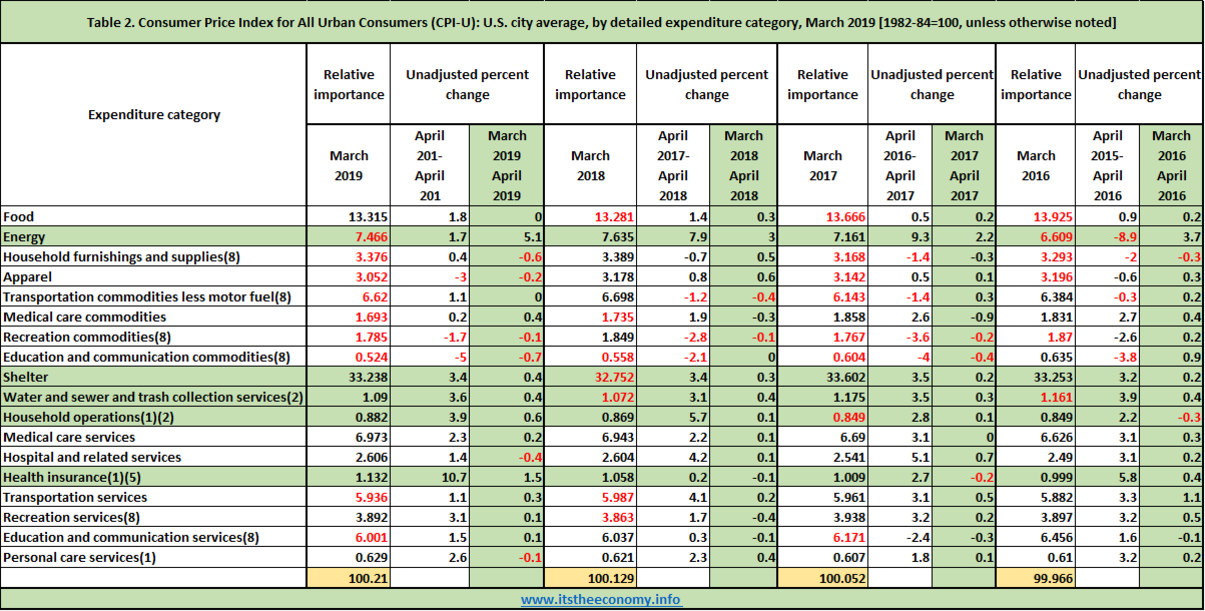