The past two weeks we recorded and reported  First-time Unemployment Claims under 200,000.  This week there was a surprise jump in First-time Claims.

The headline Seasonally Adjusted First-time Claims data came in at  230,000. It was projected that we would most likely be under 200,000 SA FTU claims this week. It was thought that we could come in as low as 190,000 to 192,000 claims. There was the possibility of a minor drop in NSA FTU claims yielding an uptick in SA TU claims.  The four year long streak of SA FTU at or under 300,000 claims continues.

The Seasonally Adjusted Continuing Claims came in under  2 million claims again. The two year streak of having the SA CC value under 2 million claims continued this week.  We have 161,000 fewer continuing claims than we had this time last year. The 1.250 NSA CC level is still within reach for the first week of October this year.

Be careful comparing Apples, Oranges, Pomegranates, and other fruits. This week's continuing claims data is the data closest to the collection date for the CPS (Current Population Survey) U-3 unemployment data that will be published in the April Jobs Report. The CPS data measures those out of work looking for work. The continuing claims data counts those who were working, who are out of work, who are looking for work. Big Difference. These data points should not be confused with the JOLTS job openings data, the JOLTS Separations data, or the JOLTS hiring data. The Job Opening And Labor Turnover Survey (JOLTS) data is similar to, and different from, the Current Employment Statistics (CES) worker data. The continuing claims data being 100,000 claims lower than last month should mean that the U-3 unemployment level should fall. 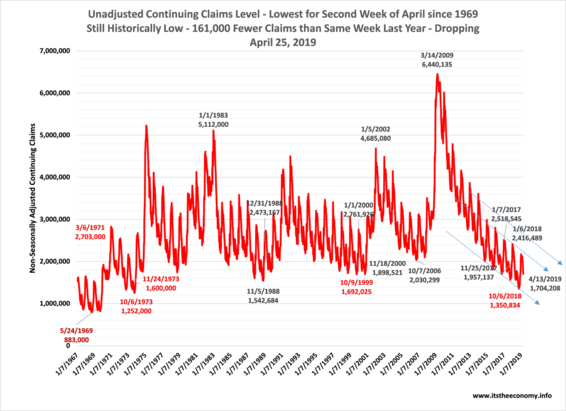 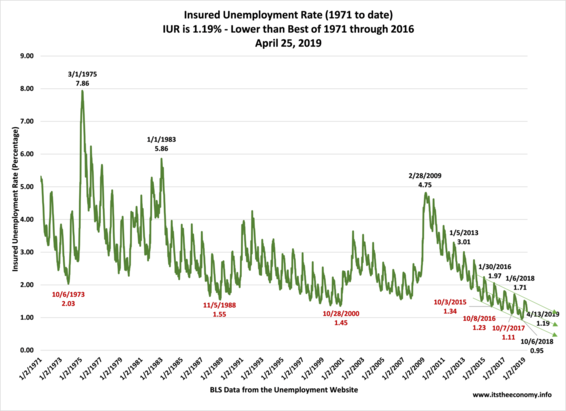 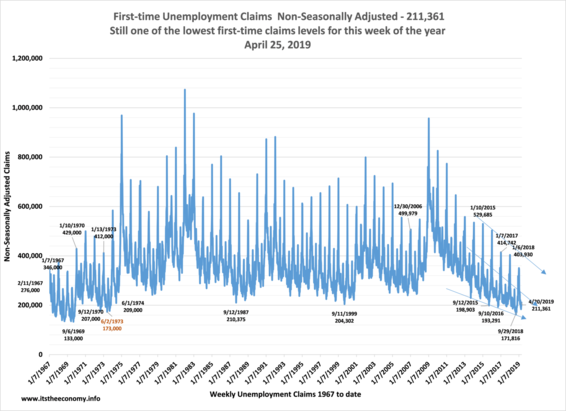