The Unemployment Benefits program is 50 years old this year. Unemployment claims tend to peak during January and trough during September. We have had eight consecutive years of declining peaks and declining lows. This has not happened during the past fifty years. The first-time claims data leads the continuing claims data by one week. The headline data, when there is a headline, is the seasonally adjusted (SA) first-time unemployment (FTU) claims number. There is also a Seasonally Adjusted Continuing Claims (CC) value. The seasonal factors used to covert the recorded non-seasonally adjusted (NSA) data to the reported SA data change between category, week, month, season, and year. Comparing data from different seasons with different seasonal factors is disingenuous. When it is done FACTs (False Assertions Considered to be True) are created. We have more people covered by unemployment benefits than we have ever had.

The Continuing Claims is Lower than it was during the Second Week of October 1970 and 1971 - and almost every week since that time. Yes, the data could have been reported higher that it was. It could have been reported lower that it was reported. This is the mystery of SA data. Do we have another three weeks of declining claims possible, as we saw during November of 1988? Could the NSA CC drop below 1.5 million? Could the mainstream media start talking about this data? We were doing worse than ever during March of 2009 than ever recorded. We have seen year to year declines for peaks and valleys since that time. We are doing better than we were during the Clinton Years. It is important to note that participation is much lower now than it was during the 1990s. It is also important to note that the participation rate is improving.

It is interesting to note that this week we saw unemployment claims, first-time, spike in Puerto Rico of less than 2000 claims. There is no data in the report for the continuing claims at the state level. We may see a delayed spike in claims in Puerto Rico as power is restored. Next week We will receive the Jobs Report. Continuing claims are lower by 25,000 than they were mid-September. This may translate to a drop in the NSA U3 unemployment number by 100,000 people. We are still seeing continued improvement in the data. Tomorrow's GDP number should be strong. We received great new home sales data. We saw great durable goods orders. We have had a great quarter for total retail sales. The headline GDP number, the annualized rate for the third quarter could reach 4%. The Real GDP could hit 2.6-2.8%. The stock market continues to rise on good news. 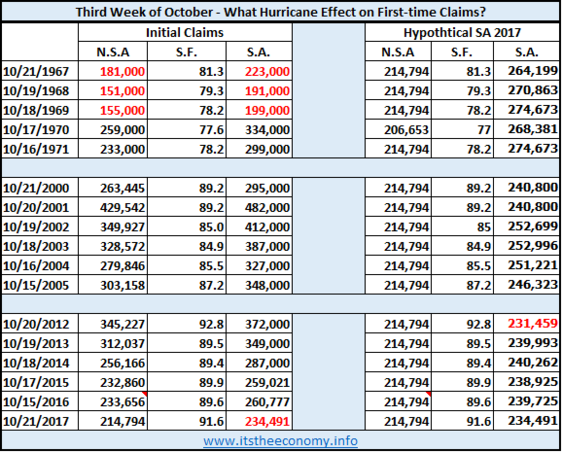 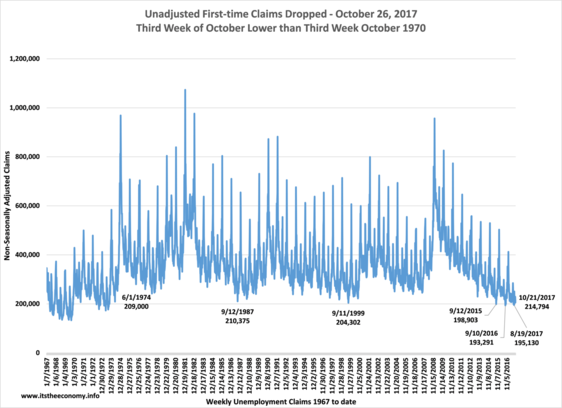 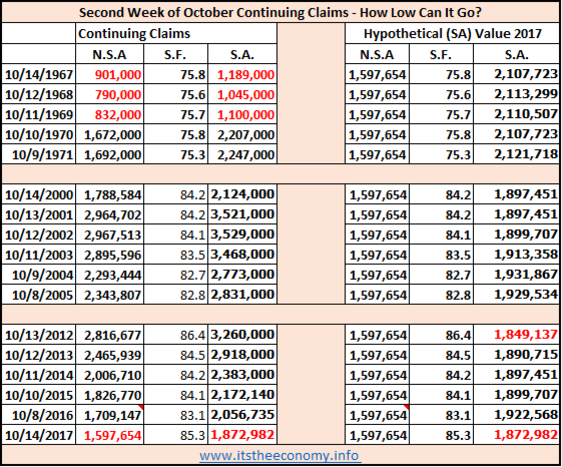 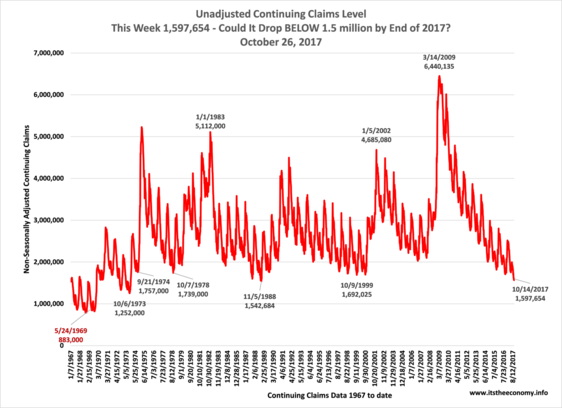