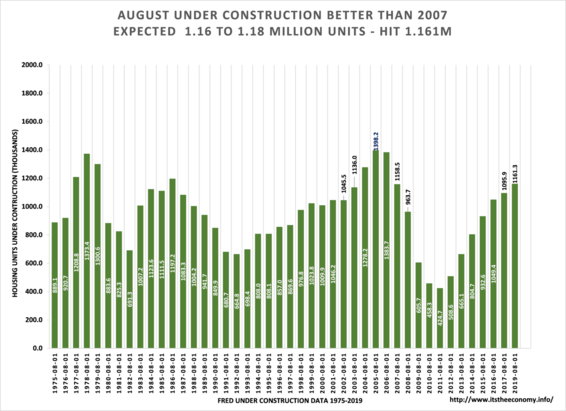 The August New Home Data projected the best August since 2007

We got the best new construction August since 2007.

New Home starts bottomed during 2011 and have been growing since that time. It was expected that we would see between 80,000 and 83,000 units started.  Units under construction have been rising since 2012. We are approaching levels not seen since 2006 and 2007. It was projected that we could have 1.6 million or more units under construction during August. This has been the "year of completions."  The annual data indicates that we could have seen a jump from last year's 118,000 and possibly up to 121,000 units. All of this plus analysis of the New Home Sales data and the Existing Home Sales data were addressed in the article "August Real Estate Forecast: Building Momentum."

The new construction data feeds into the new home sales data. We have had slower than normal, faster than the past decade, levels of new home sales this year. We need inventory to maintain those levels of sales. There was concern that we were below 300,000 units for a prolonged period of time. Now we are approaching 350,000 units. A level between 350,000 and 375,000 appears to be proper. The units completed may indicate a higher than expected new home sales level for either August or September, possibly October.

This was a solid, remarkable, new construction report. If you examine the starts data on a month by month basis, the same month basis, or the current year basis, things are still looking upward. The current year data is slightly behind the 2018 data and slightly ahead of the 2017 data. The under construction data is also strong. The completions data had a very nice pop from August to August. We are doing better, year to date, than we did during 2008 through 2018. We are on track with the 1989 data and a potential end of year value of close to 1.390 million units, or up 200,000 units from the end of 2018 value of 1.185 Million units. 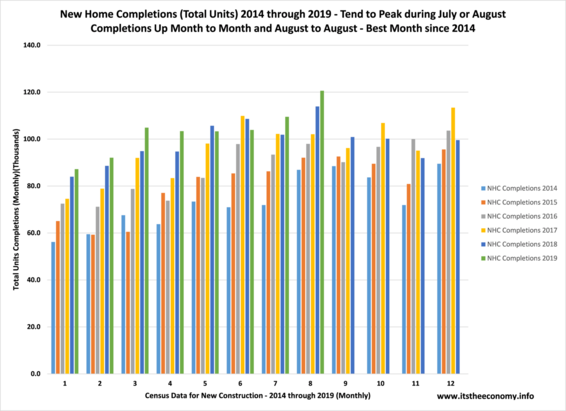 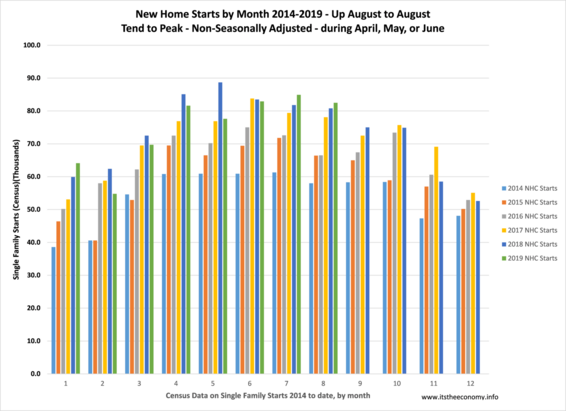