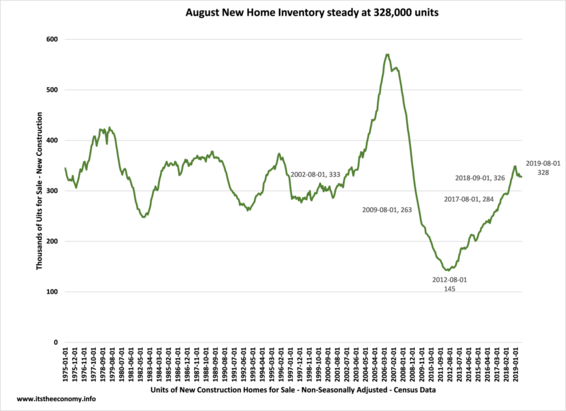 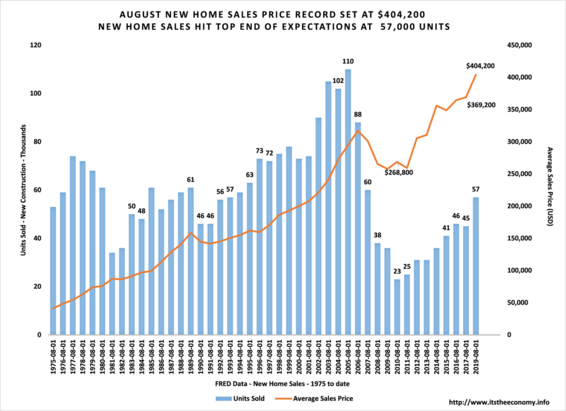 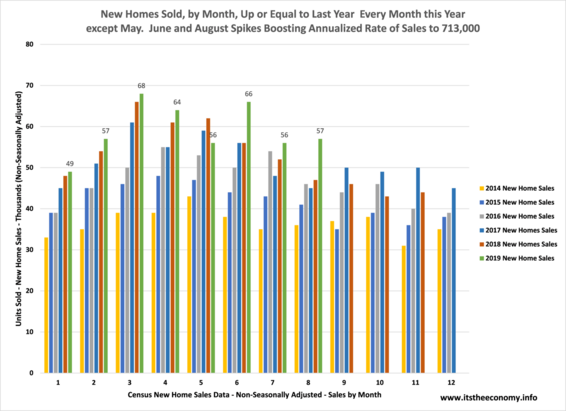 The August New Home Data projected the best August since 2007

New Construction was the Best Since 2007 - New Home Sales, Too.

New Home Inventory was expected to remain unchanged or grow slightly. The month to month growth indicates a value between 335,000 and 345,000 units. New Home sales have been knocking on the 50,000 unit level the past three years. The monthly growth rate, from July to August, is projecting a swing of plus or minus 7% or between 49,000 and 57,000. It was projected that we would set another August Average Sales Price Record.  Shelter costs have been rising at over 3% a year every month this year. This means that we should see the new home sales price jump by at least 3%.   This means that a $400,000 New Home Average Sales Price is a distinct possibility. All of this was covered in the article "August Real Estate Forecast: Building Momentum."

The Inventory Level stayed virtually unchanged from last month at 328,000 units. We stood at 329,000 units during July of this this year and 322,000 units during August of 2018. Invisible inventory cannot be sold.

We are closing in on our best New Home Sales year since 2007. Will anybody else report this? If we have our best end of year data this December will that be reported? What's more important a strong economic report or a phone call conversation between President Trump and the President of the Ukraine?