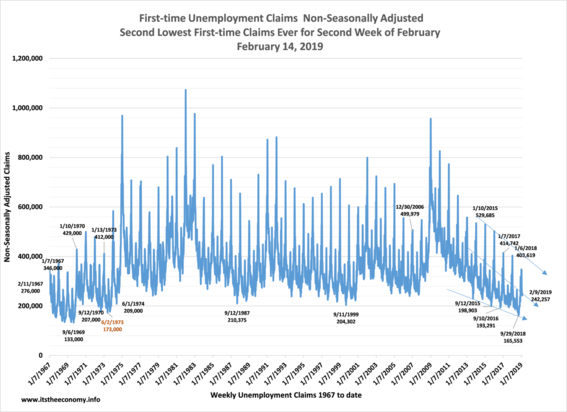 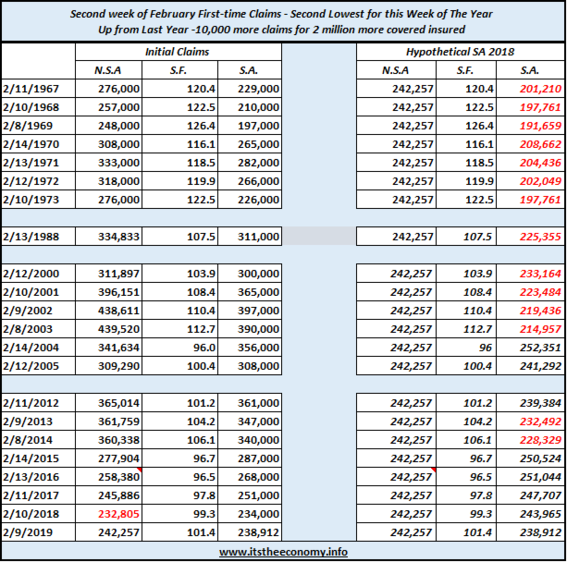 The weekly unemployment claims data used to be headline news. The report is now birdcage liner news. The non-seasonally adjusted data for first time unemployment (FTU) claims recorded a non-seasonally adjusted (NSA) drop and was reported as rising. The NSA continuing claims (CC) data, which lags the FTU data by one week, both recorded and reported an increase. So what happened and what does it mean?

The insured unemployment rate (IUR) was recorded at 1.49% and reported at 1.24%. The IUR is the number of covered insured who are receiving continuing claims. This is seriously lower than the U-3 unemployment rate of just over 4.0%, NSA. You might as well compare the covered insured to the JOLTS job openings data. Three different surveys measuring three different things. It is non-sense.

This was a strong report. When will we drop below 200,000 NSA FTU? Will it be reported if the number drops below 200,000 SA FTU? Could continuing claims drop below 1.25 million this year? Hang around until October.