The Recovery and Expansion Have Reached "All" Corners of the Workforce

The media has been discussing the strength in the jobs report for minorities and for women. How does the Jobs Mountain data look for Caucasians, Hispanic Americans, African Americans, and Asian Americans?

Participation and Unemployment Rate Vary by Ethnicity. This conclusion may seem obvious. The actual data may not be as anticipated.

A participation rate of 67% for the entire population has not been seen since the late 1990s and early 2000s.

We have a record level of December Jobs and December Workers. We have a record level of December full-time jobs. The unemployment rate is dropping while the participation rate is improving year over year,. President Trump and Former President Clinton are the only Presidents who have managed this after their first 35 months in office.   People are being paid more this year than last year for what they do. Wages are growing faster than inflation. Men and women are working record levels of full-time jobs this December. We also have an elevated level of multiple job workers (MJH.) The elevated level of MJH means that unemployment levels may decline below their multi-decade low this October. "All" ethnicities are winning in the current economy. 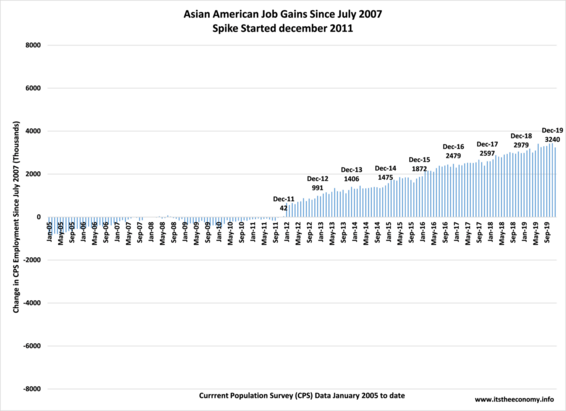 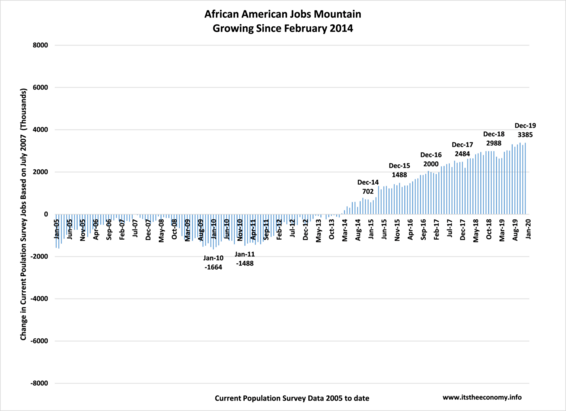 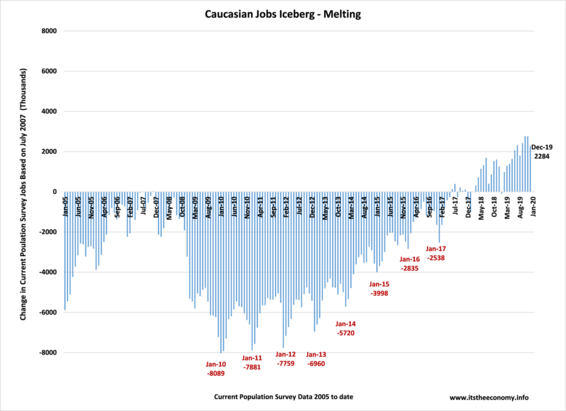 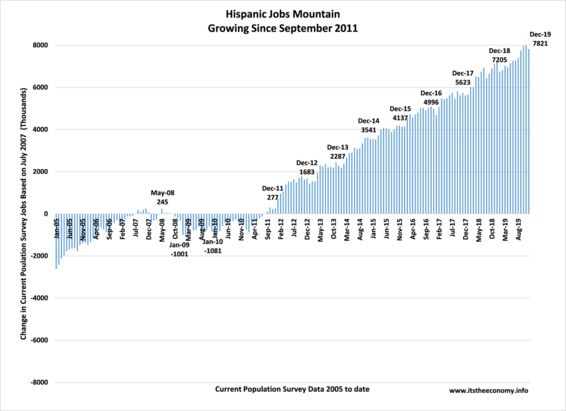