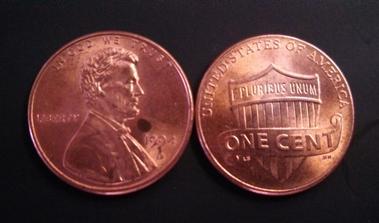 This week was a slow week for economic data as data that would have normally been released this week were released last week. This gave an opportunity to examine some data that had been placed on the back burner while other data was being analyzed. Senator Obama made a huge deal out of the "irresponsible" and "unpatriotic" doubling of the Federal Debt under President Bush. George W. Bush took the debt from $5 trillion to $10 trillion. President Obama "doubled the debt" from $10 trillion to $20 trillion. Here are the articles for this past week.

(Dec. 26) Years ago, this column's sister site published an article that revealed the projection that the interest on the debt would exceed one trillion dollars a year. This month the monthly Treasury Report was released with little fanfare. "Federal Budget: Debt Interest Exploding" details how we could balance our budget this year if we didn't have the interest on the debt.The projected on-budget deficit for FY 2017-18 is $533 billion. The interest on the debt is projected to be $503 billion. Social Security and Medicare/Medicaid will run a surplus this year. They are supposed to be "off-budget." the Off-budget surplus is being used to offset some of the on-budget deficit.... again... as always.

(Dec. 27) This columns sister site has produced regular articles on how the Federal Debt is mortgaging our future. This year's version compares the $20.6 trillion in debt to the $208,000 mortgage amount on a home worth $260,000 with a 20% down payment. (208,000 is comparable to 20.8 trillion as 260,000 is to a future debt of 26 trillion dollars.)"Federal Debt: Still Mortgaging Our Future" details how we have added nearly $3 trillion to the Federal Debt since November 2014, that we haven't made any payments to our "Federal Mortgage," and that if interest rates increase to the levels we saw during 2014 that it would take 360 monthly payments of $112 billion dollars a month - every month - for a total cost to exceed $40 trillion to pay off $20.6 trillion in debt - if we don't add to the debt during the interim. It's our money.

(Dec. 28) Thursday still means the release of the weekly unemployment claims report. The data has been so good lately that I have run out of superlatives. "Superlative Weekly Unemployment Claims Data" shows how the data could have been reported lower than it was and how it is the "best it has been" for this week of the week since 1970.

(Dec. 29) The monthly employment situation report was released the second week of the month this month. This column has written multiple articles on the data. "Nov. Multiple Job Holders; Up is Down" is the final installment of the jobs data to be examined this month in this column. Multiple job holders were generally higher during November this year than they were during October of this year. The number if multiple job holders were all lower this November than last November. Up was down.

Enjoy the rest of the Christmas Season and Happy New Year.