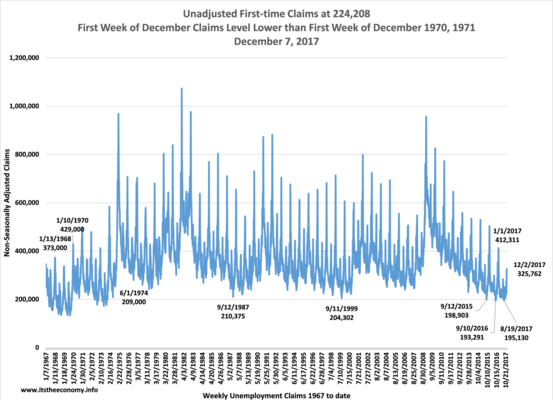 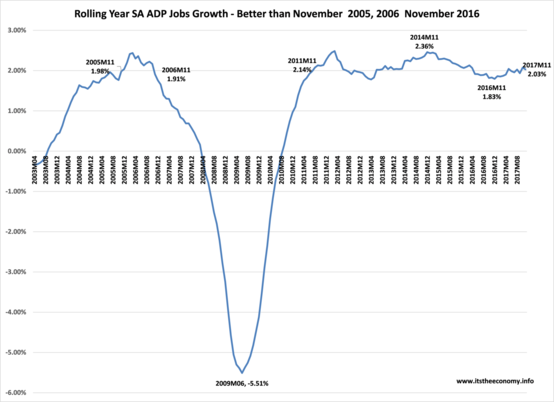 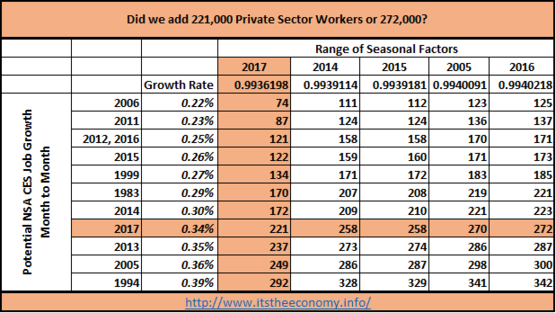 (Dec. 5) The article "What to expect from Nov. ADP" projected year over year November growth in all sectors other than Information Technology, and month to month growth in six sectors. It projected strength from the seasonally adjusted data.

(Dec. 7) The weekly unemployment claims data was released on Thursday - they still do that. "Golden Weekly Unemployment Claims Data" details how we have the lowest first week of December first-time unemployment claims data since 1970. The same can be said for the fourth/final week of November datum for the non-seasonally adjusted continuing claims data. Oh, and we have 140 million people who are "covered insured" right now compared to the 50 million, or so, covered insured during 1970. The data for that isn't available. It was 54,000,000 covered insured during 1973.

(Dec. 8) The Jobs Report was good as this column projected. There were 221,000 private sector jobs were added, seasonally adjusted. The September and October data were revised higher. The unemployment rate and unemployment levels were recorded, non-seasonally adjusted, at levels not seen during the month of November since 2000. The is was a "Stellar November Jobs Report."

The data is the data. The data this week was remarkable. Let's get people to start talking about the data and not the report.