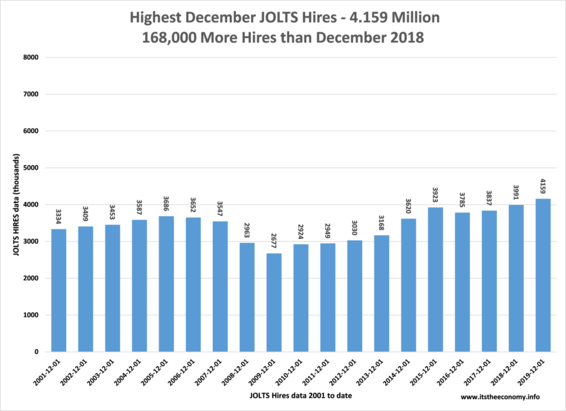 Record Quits mean than workers feel confident that they can find another job. Near record Job Openings mean that employers are still planning on growing this year. The other graphs can be found here.

The real story here, this month, is that we are seeing substantial activity in Construction. This bodes well for New Home Construction and New Home Sales Data.

The December Job Openings data fell because it was December and Job Openings Fall during December. They also fell because hiring was at a record level. Five data sets, ADP, CES, CPS, JOLTS and the weekly unemployment claims data agreed that the economy was good, even though they speak different languages. Will the January JOLTS Report reflect the strength of the January Jobs Report? We will find out after the release of the February Jobs Report. 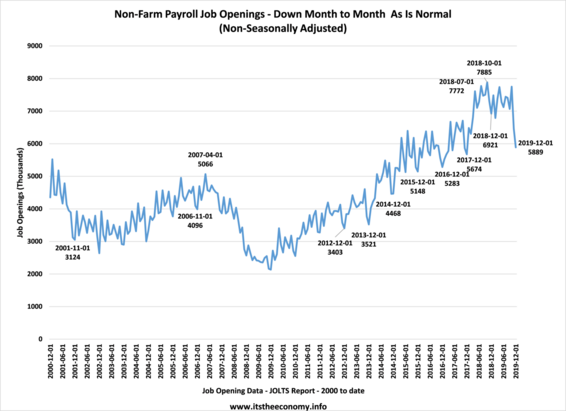 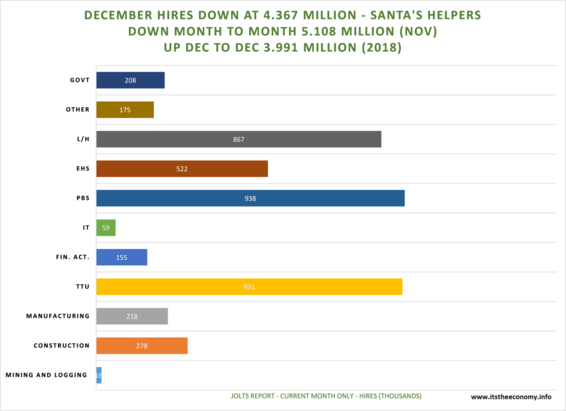