Existing homes have seen improving sales prices and more units sold since 2007. The difference between new and existing homes is that just more existing homes are sold each month  of them and at a lower average sales price than new homes. There should be an increase in units sold from November 2017 and from December 2016. The rolling year value is 5.523 million units. The current year target is between 5.5 million and 5.6 million units. We would need 430,000 units to hit last year's total and 530,000 units to hit the 2002 level of sales.  It appears that the target is right between 439,000 and 471,000, or roughly 455.000 units.  This would be a huge improvement from last December and comparable to 2002. Inventory may hold us back here, as well.

Expect a new December Average Sales Price Record. Even if the average sales price drops 1% from last month we will still see a December record. The rolling year and current year values are roughly 287,000 with the current year value higher than the rolling year value.  Last year the values were $274,000. Expect a value over $287,000 and under $293,000. Will the December Inventory Level drop below 1.6 Million? Last year's 1.65 million units was the lowest since 1999. We are in uncharted territory. It is a supply and demand situation, again.

Single Family Units should see starts of roughly 60,000 units. We used to see December starts in the 70,000 to 80,000range leading up to the peak starts year s of 2003-2005. We saw November starts of 68,000 units. Normally we see a drop in starts during December due to the weather. The situation is that this is also a good time to get things lined up for a Spring and Summer Market. If the normal month to month decline coincide with December to December increases we have seen since 2010 we should see a value between 55,000 and 65,000 units unless builders are attempting to grow the inventory.

Inventory is down from historical levels and up from where we have been for the better part of the decade.This has been a strong year for new home sales compared to where we have been, and it has gone under-reported.  Inventory will grow as starts continue to grow. 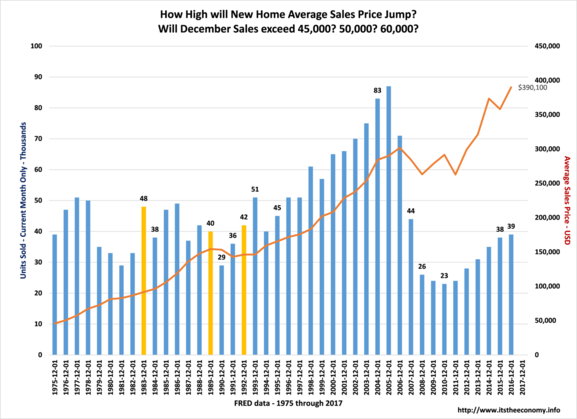 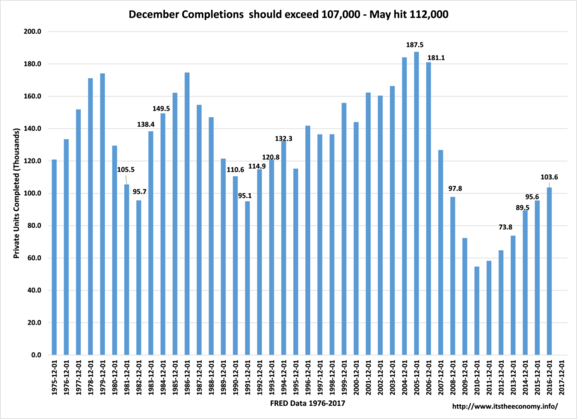 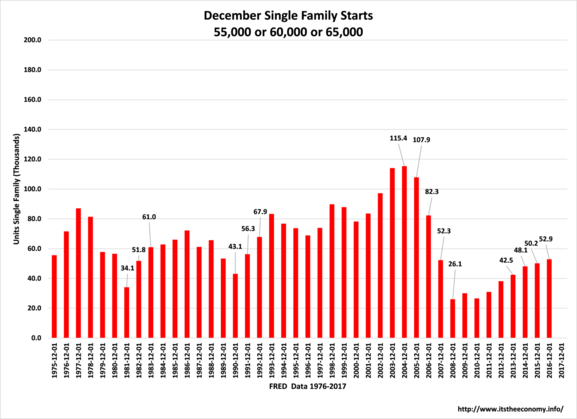 Expect a better December than last December. We are having the best real estate year that we have seen since 2007 or 2008 depending upon the month of the year. 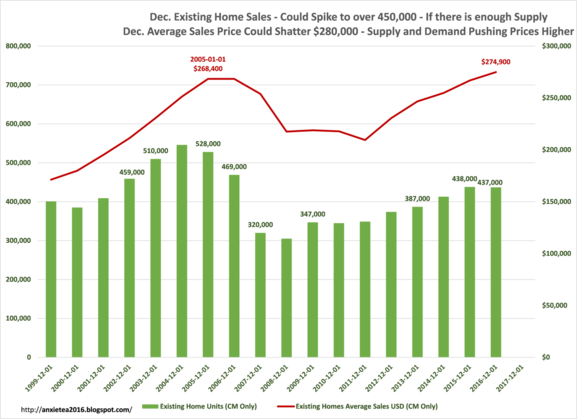 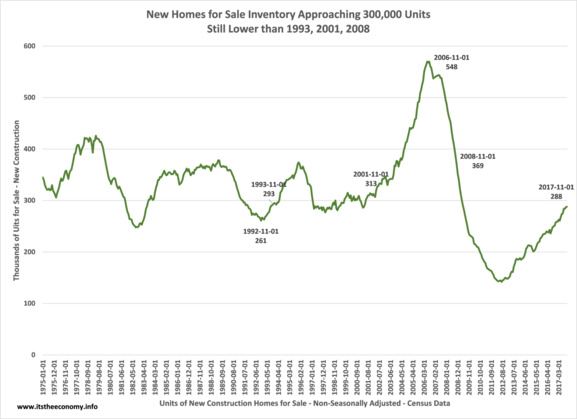 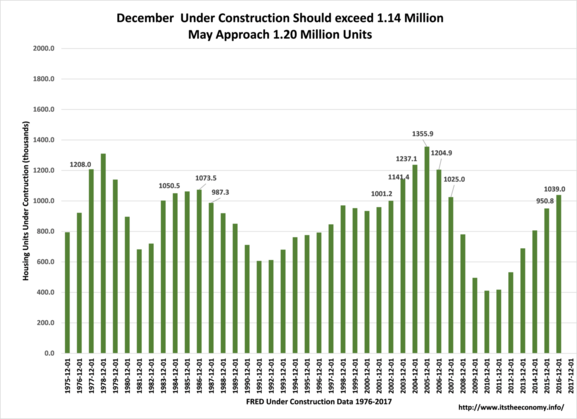 All real estate is local. Home prices are based on condition, location, amenities, and motivation. Both buyers and sellers may be motivated to make a deal before year end. Not all locations have properties with a sales price comparable to the national averages. Some have higher prices and some areas have lower prices.  The take-away for people with existing homes is that there has been a inventory shortage. Prices have been rising. If we see inventory improve, either during this reporting period or future reporting periods,  some pressure on prices will be released.

The good news for new construction purchasers is that it appears that there are more homes "in the pipeline." The same could be said regarding the existing home market. We have seen higher levels of inventory during the economic downturn. We have seen more units for sale during the run-up to the peak recession market. There appear to be investors who have absorbed some of these homes who are renting them or are holding out for higher resale prices. The monthly Consumer Price Index reports, including Friday's December CPI report, this year have revealed shelter inflation is running, and has been running, at over 3%. We can easily expect the average sales price to exceed $296,000 this month.