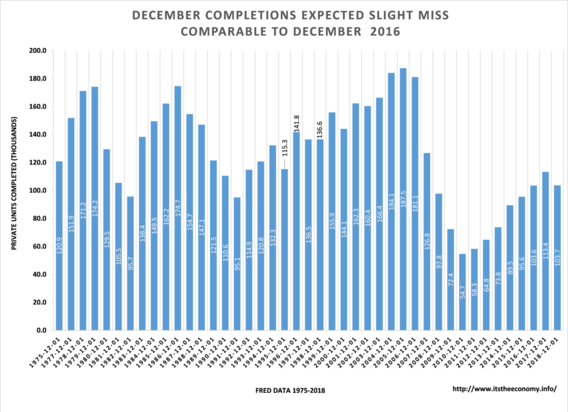 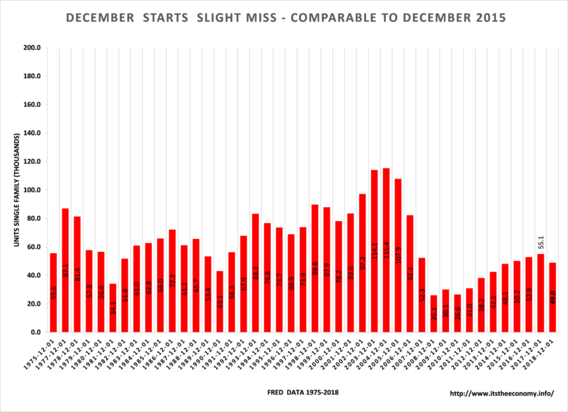 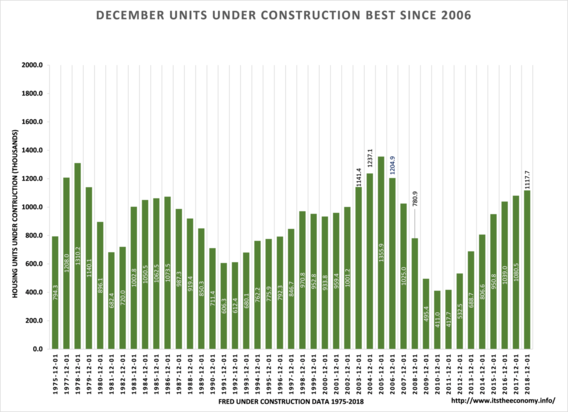 What was reported in the December New Home Construction report?

Units Completed stumbled from December,  jumped from November this year. The non-seasonally adjusted data came in at 103,700 total units completed, up from November's 94,700. This was off from last December's 113,400.  The low end of expectations, based on month to month changes, was between 95,200 and 110,000 units, so this was also within expectations.  Once again, even though this was weaker than expected, the end of the year data was stronger than the end of the year completions data for 2008-2017.

The units completed data is, in some ways, more important that the starts or under construction data.  Once the units are completed they can be sold. Also, the units under construction data is near historic levels, which means that either we are building up "too much" potential inventory or we have a lack of finishing construction workers. There is not "too much for sale" as we just recently broke through the 300,000 units inventory level after nearly a decade below that level. More completions means that we should have more inventory when it is reported March 5th.  This is a huge delay We should be receiving the February data during March, not the December data.  The January and February release dates have yet to be determined.

The New Construction data was weaker than projected, in some ways, and stronger than is being reported elsewhere. It is tough to argue with the best end of the year data since 2007. This is the nature of real estate, slow months can be breakout months and sometime slow months come  in slower than expected. Remember the Polar Vortex? It chilled end of the year activity. Maybe people were out shopping for stuff instead of finishing construction work.