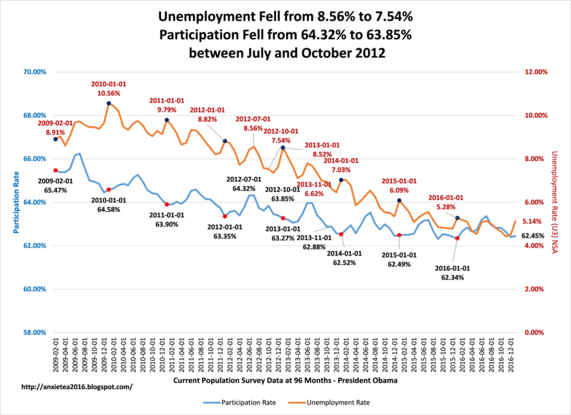 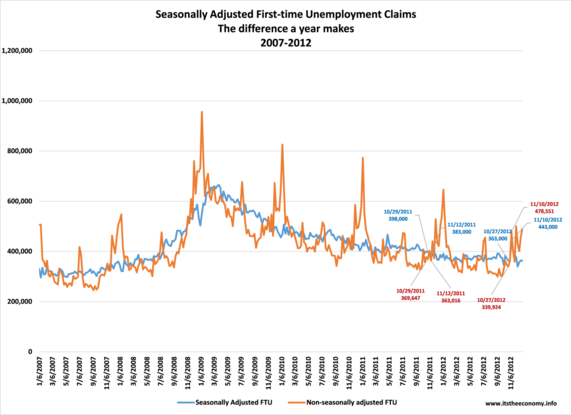 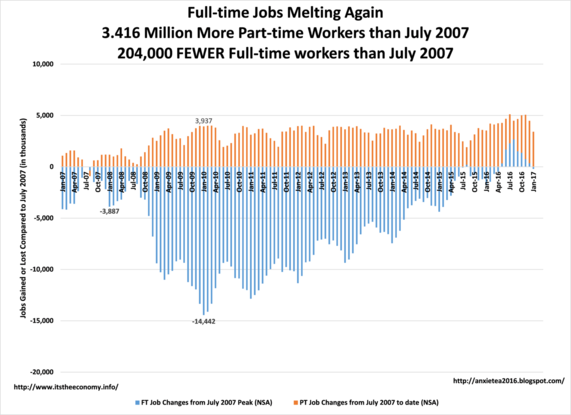 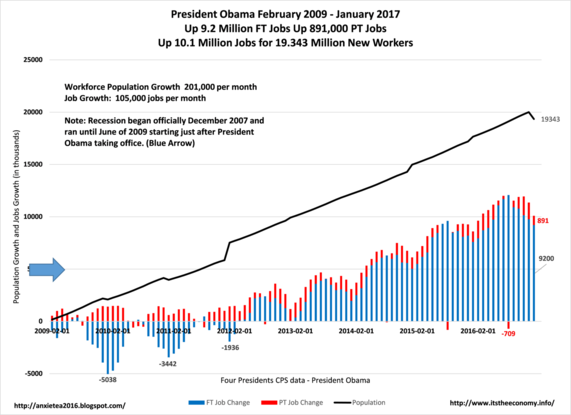 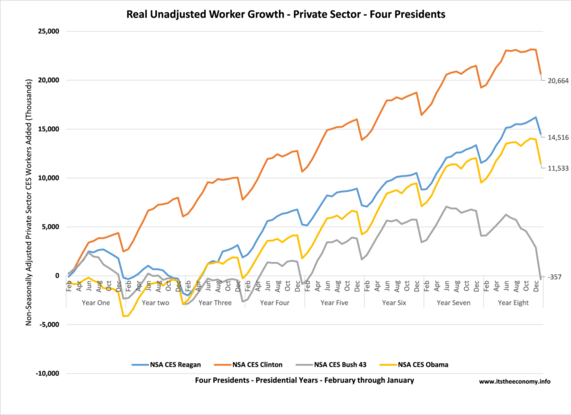 This column, more accurately its sister site "Reclaiming Common Sense." got its start because the economic data did not make sense.It was prognosticated in the media that President Obama would not win re-election during 2012 if any of three conditions were present at the time of the election: if the weekly claims were over 400,000 seasonally adjusted first-time claims, if the seasonally adjusted U-3 unemployment rate was over 8.0%, or if gasoline was over $3.00 a gallon as a national average.

Legend #3: President Obama had the longest Seasonally Adjusted Private Sector Job Creation Streak ever. When the streak started the "Reclaiming Common Sense" website asked a question. The question was "Really?" The first article written addressed the non-farm payroll data. The White House was touting 54 months of Consecutive months of Private Sector Growth. The problem was that at that time there was a streak of 53 months of non-farm payroll streak for President George W. Bush that had never been reported. The difference is that government workers are counted in the non-farm payroll number while they are not included in the private sector number. This created a need to see if the data was there for the private sector showed a similar situation. President Obama's Streak did not begin when they think it did. The "Non-Farm Payroll" number is the "headline number. It did not start until after October 2010. The Private Sector data? If they used the same seasonal factors that President Clinton used then the jobs streak would have ended during numerous "Augusts."  President Obama's Private Sector Streak Ended during May of 2016, before revisions to the data were made around election time. President Obama's streak may have ended during January 2015.

There were massive revisions to the SA CES data after the end of the streak was ignored during the run-up to the election. This is the "mother" of all economic urban legends.

Legend #4: President Obama had the longest weekly stream of Seasonally Adjusted First-time Unemployment Claims under 300,000.  The research into this topic started when the Seasonally Adjusted First-time Claims data that was reported did not match with what was calculated using published seasonal factors. The season factors had been published and revised numerous times until they stopped publishing the data this past Fall. When did this streak begin or end?

Net-Net: This streak "never" started. If it started, it was truncated so many times that it does not count as a streak. The real streak began last November and made it through this November and December.

Legend #5: President Obama added over 15 million jobs to the economy. Not even CNN bought this legend. The problem here is that this article was written the first week of January 2017. The January Jobs report data is collected January 12th. The inauguration was January 20th. The final jobs report for President Obama was published during February. The Question is are you looking at the NSA or SA data? A second question: Are you looking at the Current Population Survey (CPS) Jobs Data or the Current Employment Statistics (CES) Worker data. A third Question: Are you talking jobs added or jobs recovered? "Four Presidents at 96 months went into detail about these questions." President Obama had to lose  million full-time jobs after taking office before he added 14.2 million full-time jobs. This means that he net added 9.2 million full-time jobs. He also added 891,000 part-time jobs.

Legend #6: The Retail Ice Age. It is a cute title. The Great Recession was three recessions in one: a Housing Recession, a Jobs Recession, and a Retail Recession. Retail sales, in total, recovered first and is on track for the best year ever, as of the November Report. The Jobs Recession recovered next. As of November the new home sales levels have not recovered to pre-2001 recession levels, nonetheless peak 2005 units levels. The Retail Ice Age was more like a Retail Winter. Not all sectors have returned to pre-recession levels - especially the Electronic and Appliance Sector. The other sector that is current below November 2007 levels of Sales is the Gasoline Sector.

Legends have some element of truth that gets amplified over time. Legends also have mistakes that are forgotten. President Bush did add jobs - he did lose workers. Multiple job workers rose after the recession as the recovery took hold. President Obama did add jobs and did add workers. The problem is that the participation rate fell to a 37 year low for January 62.45% versus 63.25% during January 1981 and 6287% during January 1980) by the time he left office. President Obama did oversee a drop in the unemployment rate - he also saw a drop in the participation rate - the effective unemployment rate was something that had to be created to explain how the economy was growing so slowly while we were at "full-employment." We had a Retail Ice Age, past tense. We are seeing retail growth, present tense. We are on track for a record year. The weekly unemployment claims data is at ore near the lowest levels seen since the late 1960s and early 1970s. They are even lower if you consider the number of people who are covered by unemployment insurance now (over 140.5 million) with the number covered during 1973 (53.2 million.)

Whenever you hear that this is the best data since _____, say "Really?"