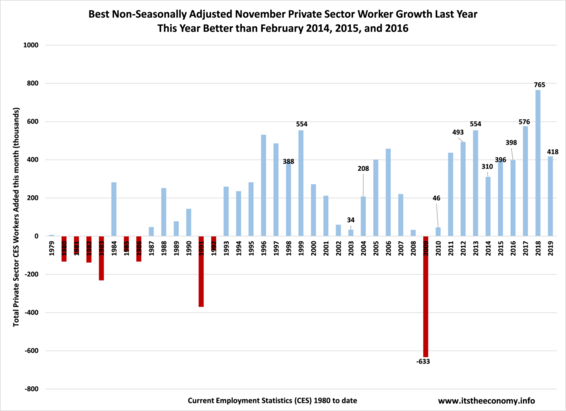 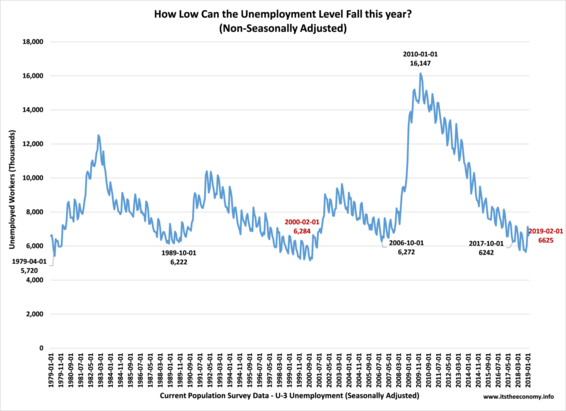 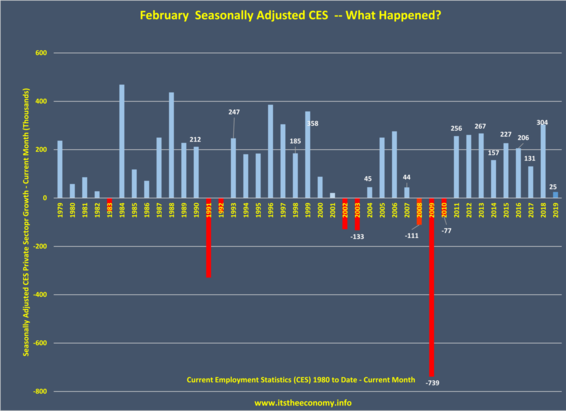 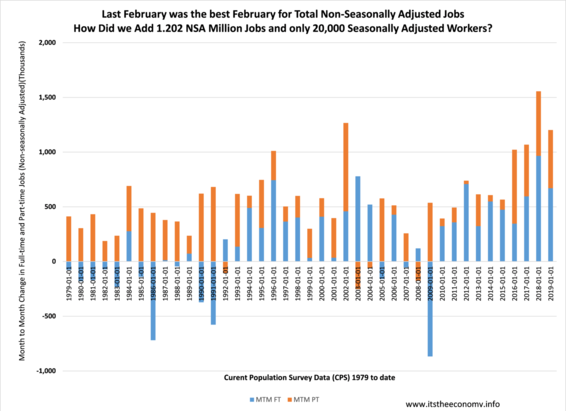 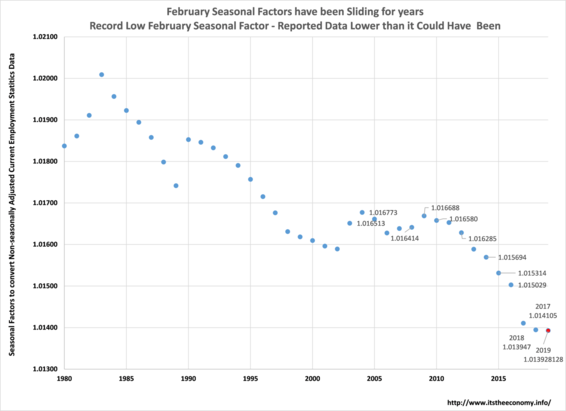 The February Jobs Report - A Tale of Two Data Sets

The ADP report was released earlier this week to faint praise. The ADP Payroll report is often seen as an indicator as to what to expect from monthly government jobs report. The data is from different data sets with different sample sizes, different seasonal factors, and different margins of error. Fruits of a different color and type. Others make the comparisons while I explain how that is not the best thing to do. It is the battle of the data sets.

The ADP forecast was for growth in all sectors February to February and all except sectors month to month, seasonally adjusted.  There were questions on how strong the growth would be and how much the data would be revised.  The article "Feb. ADP Should Be Strong, Growth in All Sectors" expected a number around 230,000 and possibly as high as 269,000. The question was how much would the prior data be revised.

The ADP report had revisions to all of the available data back to 2003. This is significant because the data for 2018 was revised higher than it was reported just last month. The article "Feb. 2019 ADP Report: Remarkable" detailed how the 2018 data was revised 122,000 payroll positions higher than last reported. It also explained how the January data was 209,000 positions higher than reported last month, or a next upward revision of 87,000 payroll positions, as was generally reported in the news.  The upward revision to the January data gave us our first 300,000 jobs number since the Great Recession. It also turned a potentially 392,000 payroll number to a 183,000 number. On the upside, we did see growth in seasonally adjusted payroll positions month to month and February to February in all sectors.

The February Jobs Report Forecast Article projected strong seasonally adjusted worker gains, too. The article "February 2019 Jobs Report Forecast: Big League" examined month to month and February to February changes in the Current Employment Statistics(CES) worker data and the Current Population Survey (CPS) jobs and unemployment data. It started with a look at the annual growth projection and found that February tends to grow faster than January. Based on this data it was thought that we would exceed the 2.15% growth rate recorded during January and possibly hit 2.20%. This would me that we could add between 275,000 and 338,000 SA Private Sector Workers, before revisions to the January and December data were made. All sectors were expected to add workers except possibly Information Technology (IT.) We have seen strength in IT during recent months so there was the possibility for a slight growth in February to February IT workers.

That said, the Current Population Survey Data was projecting a massive spike in full-time and part-time jobs, and a drop in unemployment. This is one of those months where the worker data is significantly different from the CPS jobs data. The non-seasonally adjusted (NSA) CES private sector data was looking to add 700,000 to 800,000 workers whereas the NSA CPS data was projecting the possibility of 1.0 million to 1.5 million total jobs being created.  Some of this spike was expected to be offset by a drop in unemployment. The seasonal factors could turn massive FT and PT gains into potential losses for full-time jobs and gains for part-time jobs. Participation and unemployment data were expected to report improving conditions.

What the heck happened?

The CPS Jobs Numbers paints an entirely different picture. The CPS data is used to calculate the participation rate and the unemployment rate. We saw 670,000 NSA Full-time (FT) jobs added and 532,000 NSA Part-time (PT) jobs added during February.  This means that 1.202 million jobs were created last month. This is more than were created during 2014, 2015, 2016, and 2017. February 2018 was the all-time high for the month of February.

There is a large amount of information in this report to unpack. What happened with wages and workers? How is President Trump doing compared to former presidents Reagan, Clinton, George W. Bush, and Obama? How are men and women doing? What is happening with multiple job workers? Is the workforce still graying?  The CPS data factors into some of these articles while the CES data factors into other articles. It's the tale of two data sets. This will all be covered next week. 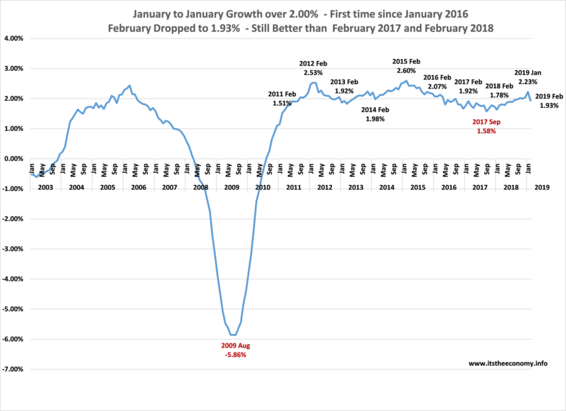 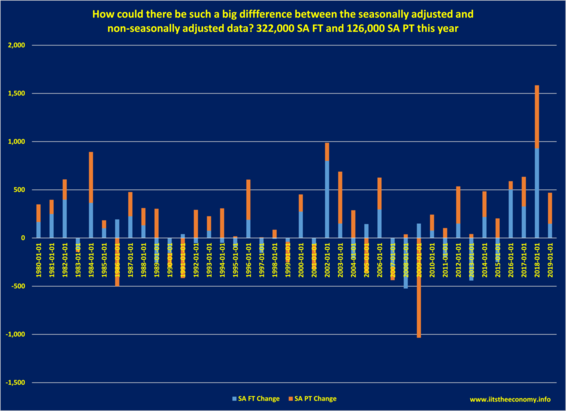