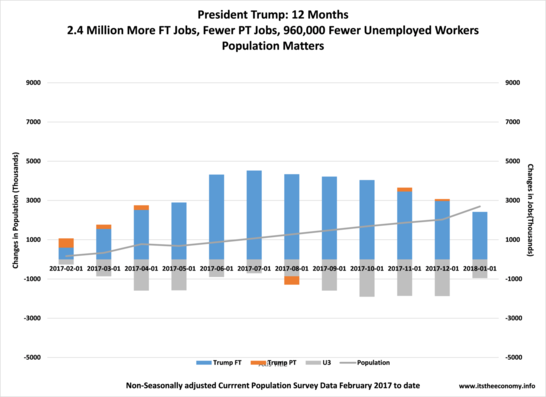 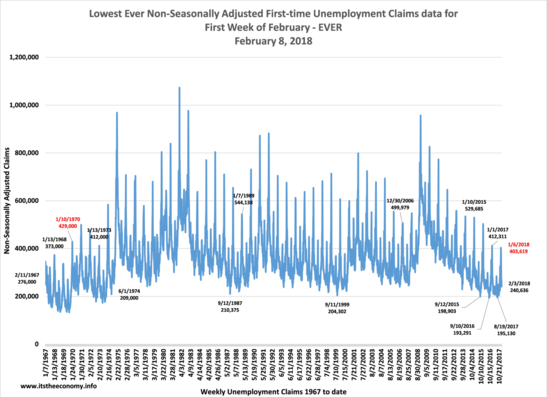 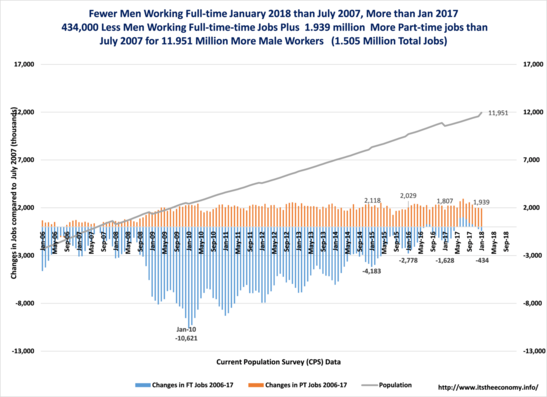 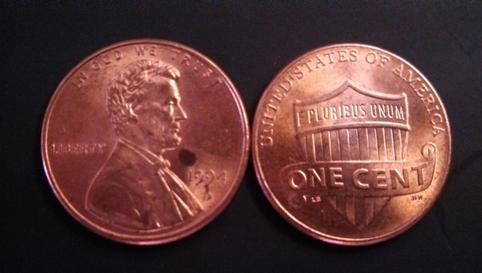 This was a roller coaster week for the stock market. Two weeks ago the Dow Jones ended at 26,6126. One week ago the DJIA ended the week at 25,520.96. Yesterday the DJIA closed at 24,190.90.  Where is the roller coaster? It appears to be all down hill.It was up over 600 points on Tuesday and down over 1000 points on Thursday and then up again by over 300 points on Friday. That is volatility.  What also appears to be volatile is the "jobs data." Last Friday, fully a week ago, was the release of the January Jobs Report. This column has been digging into the data ever since its release.

(Feb. 5)  The week began as last week ended, with a review article. The Thursday unemployment report and the Friday Jobs Report generated a considerable amount of data that had changed which delayed the release of the "Top Ten Articles of January" article. There are three week in review articles, one article on the Federal Budget and the Schumer Shutdown, one article on the Schumer Shutdown and illegal aliens, and an article from 2015 thrown in for good measure.

(Feb. 8) Thursday is Unemployment Claims Day whenever there isn't a national holiday.  When the first-time claims data fell below 300,000 seasonally adjusted claims there were "trumpets." We saw the non-seasonally adjusted first-time unemployment claims for the first week of February drop to the lowest level ever recorded. Instead of TRUMPets, we received crickets.We saw "Crazy Low First-time Unemployment claims" actively ignored by the media and the DJIA convulsed.

(Feb. 9) Last week this column wrote two articles regarding the data used in the employment situation report. The Current Employment Statistics (CES) data measures workers. The Non-seasonally adjusted (NSA) and the seasonally adjusted (SA) CES data was revised from 2015 through 2017 for every month of the year. There were also revisions going back into the 1990s. The Current Population Survey (CPS) data measures unemployment workers, full-time jobs, part-time jobs, and the workforce population.  The only data that appeared to be "augmented" was the workforce population number. The population number spiked more than it had all year and rebounded by the same percentage as it was reduced during President Obama's final month of his Presidency.  The Jobs report includes data on the number of people working multiple jobs.  All of the seasonally adjusted data from January 2012 through November 2017 were revised. None of the underlying SA data was revised.  "January Record for Multiple Job Workers" details how we had the most people working two part-time jobs during January that has ever been reported. The same can be said for January workers working two full-time jobs.

There is more happening in the economy than is being reported. The CES data from 2015 was revised downward in order to boost the data for 2016. The data from 2016 was also boosted higher on top of the boost received from 2015. The data from 2017 was also revised higher. This data being revised brought down the bump experienced during January of 2018. Data is revised on a regular basis. Most reports have an advance vale, a preliminary value, and a "final" value.  What was so important that the data from three years of CES data had to be revised? What was so important that nearly five years of seasonally adjusted only  multiple job worker data had to be revised?  Was the jobs data so good that it "caused" a correction in the Dow Jones? Was it the Nunes memo? Was it the Schiff memo that has not been cleared for release? Was it the Rand Paul Shutdown? There is only one thing for sure....