This week was a relatively slow week for economic data. We received the January New Home Construction data, the weekly unemployment claims report, and the January Existing Home Sales data. The Legacy Media was focused on the Coronavirus, or the Wuhan Virus, which is 98% contained to China.

(Feb. 18)  This week started with a forecast article for this week's January New Home Construction data, this week's January Existing Home Sales data, and next week's January New Home Sales data. "January Housing Forecast: Upward Momentum" was projecting improvement across the board for the January to January changes. Part of the optimism was due to not having the Schumer Shutdown as we had last year. Part of the optimism is that new home sales and new home construction have been improving for years. Part of the enthusiasm was due to 2019 existing home sales exceeding 2018 home sales.

(Feb. 21)  Existing Home Sales are important to a majority of the population. This month, as with the January New Construction data, we had an "easy comp" to beat compared to the Schumer Shutdown month of January 2019. What was missed elsewhere. Existing Home Sales jumped 11.58% from the level recorded last January. This was the best January since 2017 and was better than the January data from 2008-2016 and during 2018.  "January Existing Homes Surprise" also reported the record January Average Sales Price and the improvement in existing home inventory.

What did the Legacy Media decide to analyze to death this week? The Democrat Debate? The President Trump Rallies? Coronavirus? Here is the current data:

The Wuhan Virus is virtually contained to China. An interesting note is that some call out an "International Conveyance" number. This is most likely those people who were on airplanes and cruise ships.

Next week we will receive the new home sales data for January. We will also receive some outstanding first-time claims data. Stay tuned to this website if you want economic data. 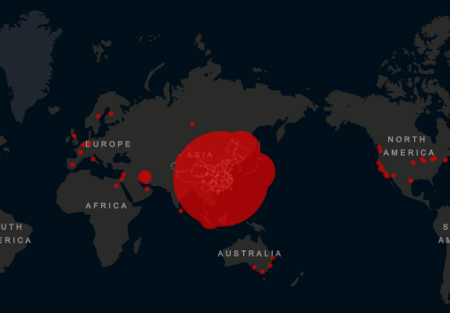