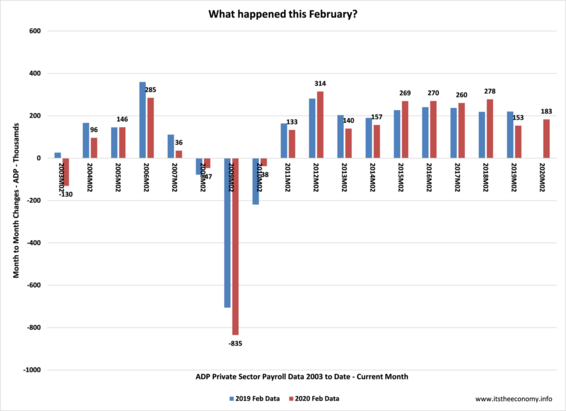 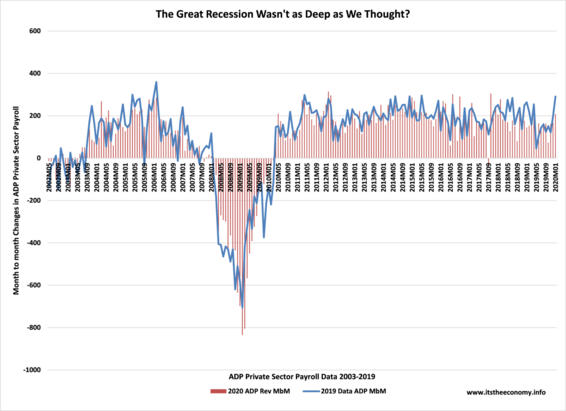 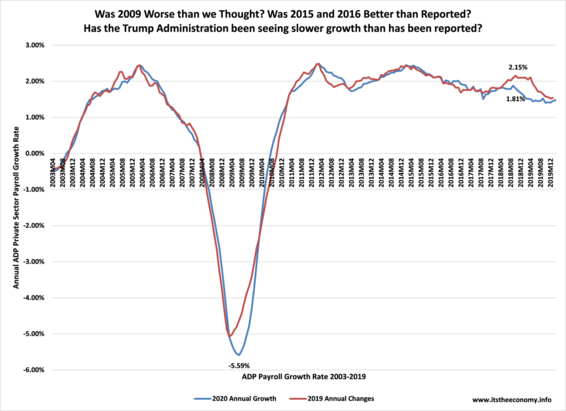 All of the data was revised. This makes a big difference  when trying to project month to month and February to February Changes based on prior growth rates.  Most notably the data from September 2017 was revised from +111,000 to (-)39,000. Did the private sector ADP streak really end? The ADP Archive only has the reports for 2019 and 2020 available on their website.

The Month to Month data was expected to grow by 0.16% to 0.20%. The sectors with the largest expected growth rates were Construction, Manufacturing, Professional Business Services (PBS,) Other Services (OS,) Financial Services (FIRE,) Leisure and Hospitality (LAH,) and Education and Health Services (EHS.) Natural Resources  could have gone either direction.

The February to February  data is pointing toward  A growth rate of . 1.52% to 1.58%. This is very low for an expanding economy.  The sectors that were expected to have the highest growth rates were Natural Resources (M/L,) Construction, PBS, LAH, EHS, FIRE and TTU.

It was expected that  all sectors except Mining and Logging (Natural Resources) would grow month to month. It was expected that  all sectors would add payroll positions February to February.  Last month we started at our best pace since 2006, according to the ADP Payroll Private Sector data.  This month the data was "Coronavirus proof*." The influx of cases started well after he data for February were collected, plural. The revisions to 16 years of data made the anticipated changes "irrelevant." Expect that September data to be revised once someone calls out the revision of 150,000 payroll positions. 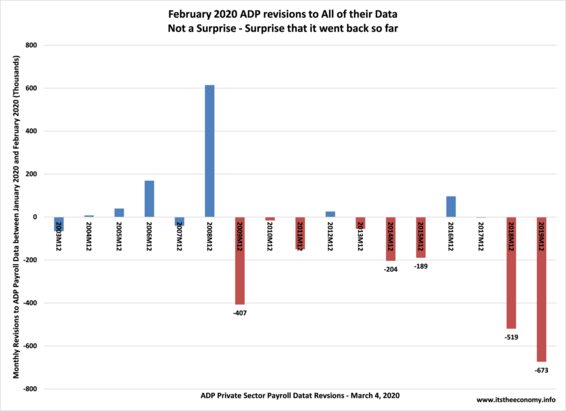