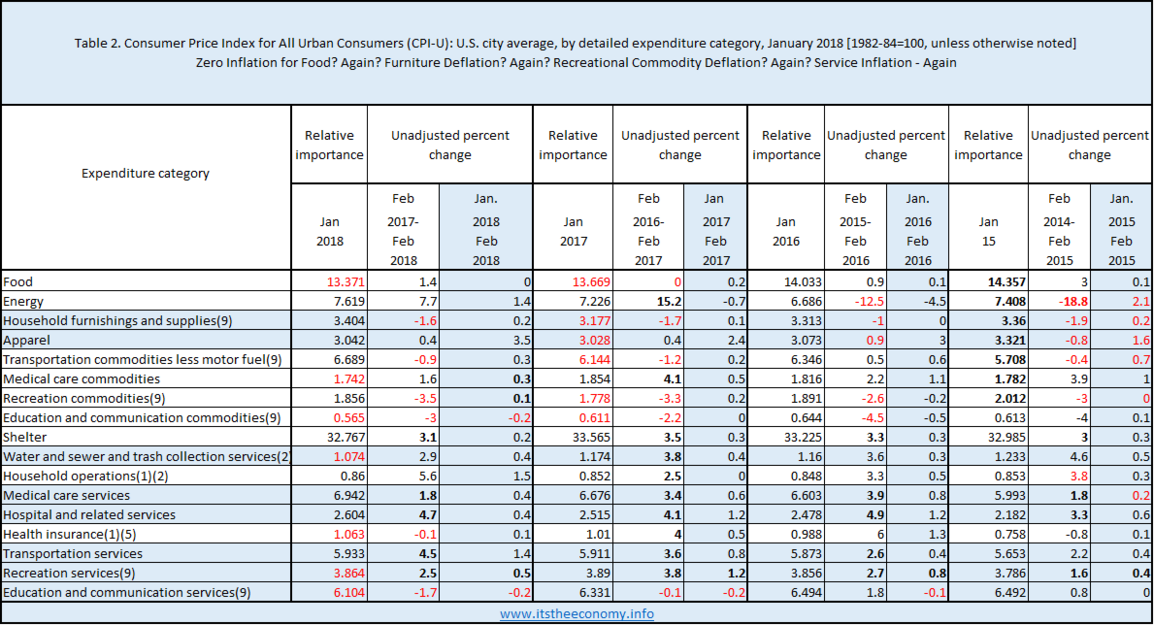 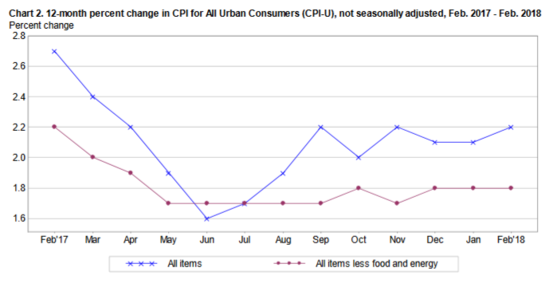 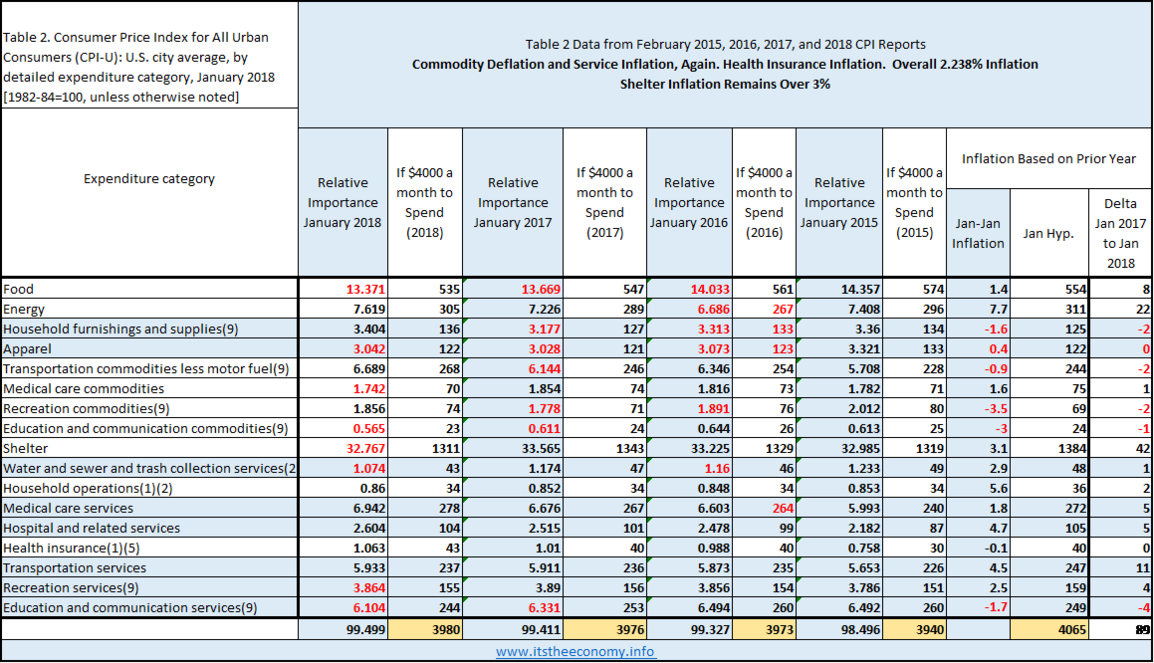 Last month the January Jobs Report disclosed wage inflation of 2.9% and overall inflation of 2.1%. These numbers were deemed to be concerning my a number of economic commentators while other were saying "It's about time!"  Commentators have wanted to see real wage growth, or wage inflation, for the duration of the Obama Administration. The commentators failed to notice that the 2.1% inflation rate last month, while "higher than what experts expected," was lower than January 2017.

This column has written numerous articles regarding the deflation experienced during 2015. We had ten months of deflation during 2015. We have been experiencing bifurcated inflation for an extended period of time. We have been experiencing commodity deflation while simultaneously experiencing service and shelter inflation. This month the February Jobs Report reported wage inflation of 2.6%. Will we see a drop in the inflation rate, CPI-U, from 2.1% to under 2% or will it stay steady or even tick slightly higher? Remember that "Inflation is Okay." So what did the February CPI report reveal this month?

Inflation was virtually unchanged from last month and lower than last February. Last month the all items less food and energy number was 1.8%, the same as this month. This is down from last February's 2.2% inflation rate.  The All items number, the one that by which consumers have to live edged slightly higher from 2.1% to 2.2%. This is still lower than the February 2017 rate of 2.7%

It is a good thing that we have wage inflation better than real inflation. The basket of good that we supposedly spent $3976 to purchase last year only cost up $3980 this year. The problem is that is not how inflation is measured. The same basket of goods we purchased last year would have cost us $4065 this year. Most of that inflation is due to shelter inflation - whether it is rent or "home owner equivalent of rent." Were you able to seasonally adjust out that rise in energy costs?