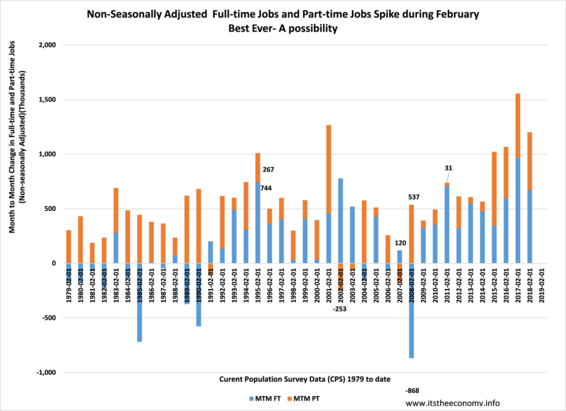 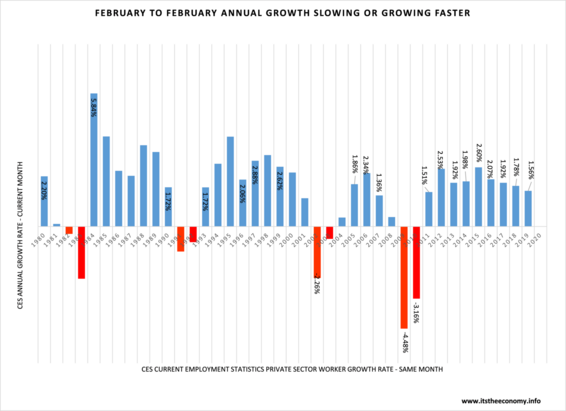 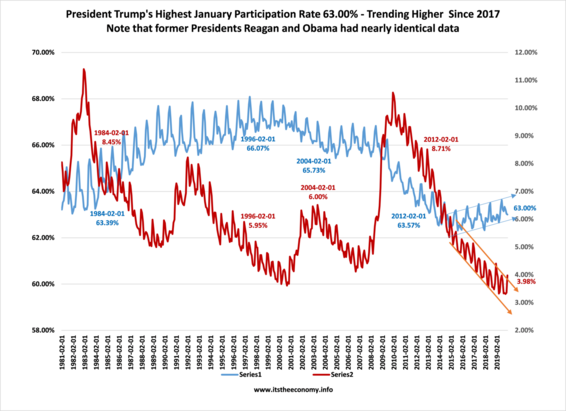 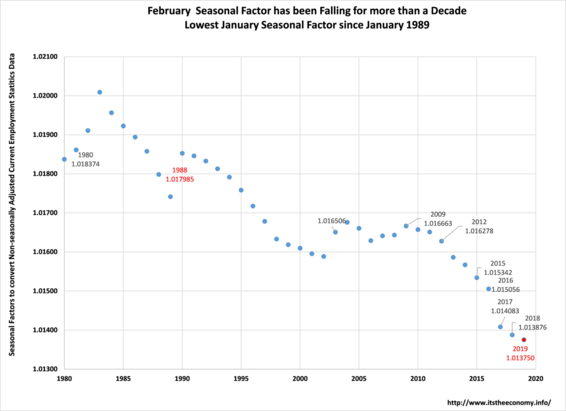 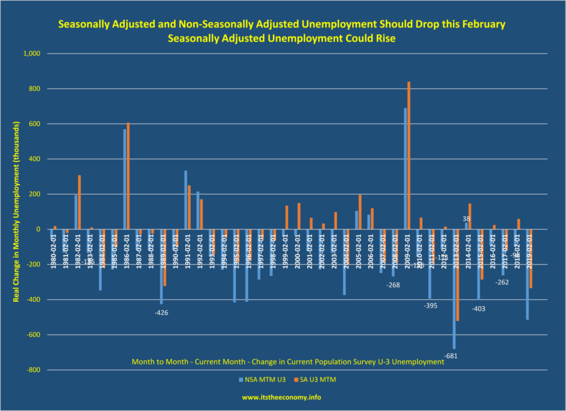 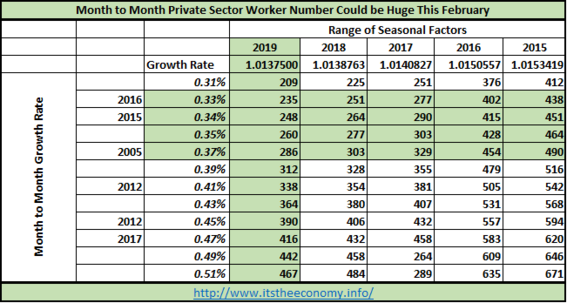 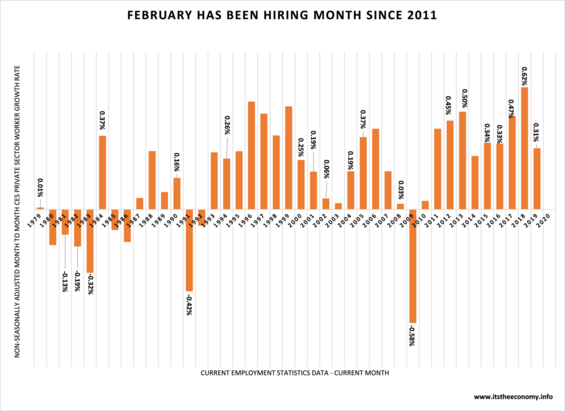 Expect More of the Same This Month

The monthly Jobs Report can be a market mover. This month we need it to be a market stabilizer. The Market Gyrations have been created by  a fear of the unknown. What is the Coronavirus, or Wuhan Virus? The good news here is that the Jobs data was collected by the 12th of the month, before the major outbreak of the virus. The Jobs Report is created using  two data sets: The Current Population Survey (CPS) jobs and unemployment data and the Current Employment Statistics (CES) Workers and Wages data. The headline data is the Seasonally Adjusted (SA) CES Non-farm Payroll (NFP) worker data. The SA NFP data is different from the SA ADP Private Sector Payroll data that was released on Wednesday. The NFP data includes Government Workers. What can we expect from the February Jobs Report?te of 0.39

The Month to month data for the CES Private Sector is pointing to strong non-seasonally adjusted growth. The data indicates that we can expect 0.31% to 0.39% growth this month. Last year we were at 0.31%. We saw a massive spike during February 2018. That is probably not going to happen this month. A growth rate of 0.39% is not out of the realm of possibility. All sectors except Mining and Logging (M/L) are expected to growth their payrolls this month. The largest Non-Seasonally Adjusted (NSA) month to month growth is expected to be seen in Government, Construction, Education and Health Services (EHS,) Information (IT,) and Leisure and Hospitality (LAH.) There is the likelihood that Trade, Transportation and Utilities will record a sizable drop.

The seasonally adjusted month to month data is pointing to strength in all sectors but Trade, Transportation and Utilities. The sectors with the largest month to month gains should be in Government, Construction, EHS, M/L, and LAH

All Sectors are expected to record non-seasonally Adjusted February to February Growth except Trade, Transportation, and Utilities. Santa's workers are not needed to handle the Christmas returns. It is thought that we could see 1.62% to 1.74% growth February to February. The largest growth is expected in Construction, EHS, LAH, Financial Services (FIRE,) and IT.

All Sectors are expected to report Seasonally Adjusted Growth February to February. The largest growth ates are expected in M/L, Construction, FIRE, PBS, EHS, and LAH.  The growth in the PBS, EHS, and LAH sectors should not be a big surprise because that is where we have been seeing the JOLTS job Opening, Hires, Quits and Separations activity.

The Seasonally Adjusted CPS data is pointing the same way. Expect a large spike in the full-time jobs and a spike in part-time jobs.  If the SA U-3 Unemployment level rises, as survey respondents say that they are not working and are looking for work, the seasonally adjusted unemployment level could rise. This would mean that all the components of the participation rate would rise.

This month should be a good month for multiple job workers, women, and men. If the CPS jobs increase the way that they are expected then everyone should benefit everyone. A second job is the best form of unemployment insurance. If these levels rise this year then the unemployment rate should remain low throughout the year.

The Wuhan Virus story really broke after the collection date for this survey. We should see strong data this month. This should carryover to future months as manufacturing of health related products surge, health care workers are hired, and transportation is needed.

Expect the Legacy Media to actively ignore the good news and focus on the Wuhan Virus as long as they can. They need their Black Swan.