This morning this column published an article in advance of the February new construction report. The New Single Family starts was expected to come in between 60,000 and 65,000 units. The under Construction data was projected to possibly exceed 1.1 million units. Completions were calculated as most likely exceeding 80,000 units and possibly approach 90,000 units. The new construction data was challenging because month to month data showed one scenario for each data set while the February to February data showed other possibilities. This was a solid report, recording solid year of year same month growth,  no matter how the seasonally adjusted data reported.

Housing Starts were up for single family homes were up 6.63% from last February. New starts are the lifeblood of the new construction data.  The Great Recession was three recessions in one: A Real Estate Recession, a Jobs Recession, and a Retail Recession. The starts level February of 2009 was lower than any February from 1975 to 2009. The levels recorded during 2013, 2014, and 2015 were lower than what was recorded during February 1983 to 2008. The 62,700 units fell right between the 60,000 to 65,000 range projected.

Completions spiked by 15.4% over February 2017. Completions also increased over the non-seasonally adjusted level recorded during January of this year. This is good news because this means that more inventory is entering the market , so sales could increase at a similar rate.

The story behind the numbers. There is strengthening consumer confidence and strong business confidence in this economy. There are some people who are scratching their heads trying to figure out why the people on Main Street have confidence and the people on Wall Street and K Street are feeling pessimistic or cautious. The seasonally adjusted data can be painted to look any way that the author or authors want to paint it. The people on Main Street live in Reality, not a seasonally adjusted, or augmented, reality.  How do you know where you are going if you do not have a map? How do you know where you are heading if you do not know where you are at the moment? 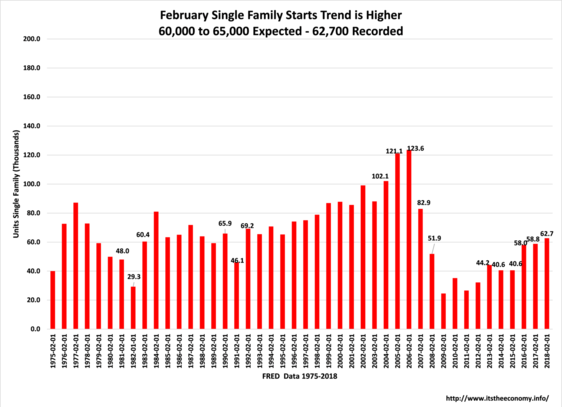 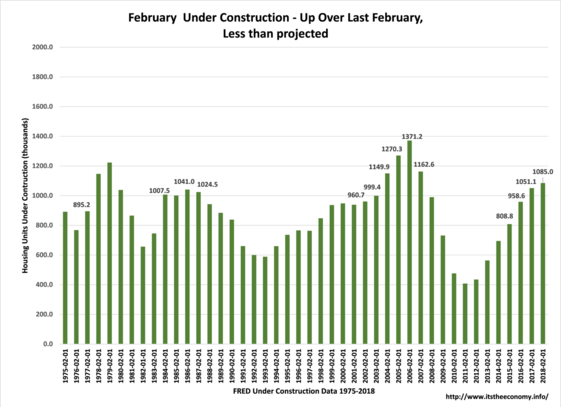 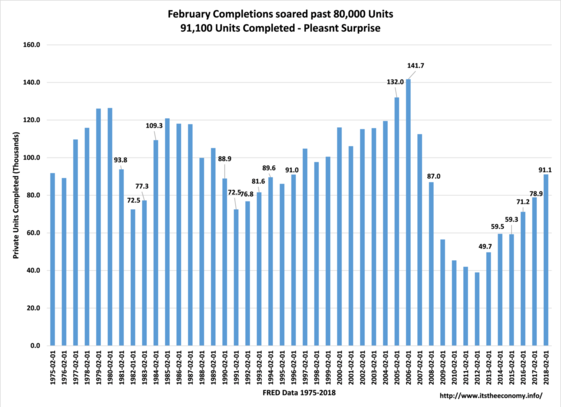