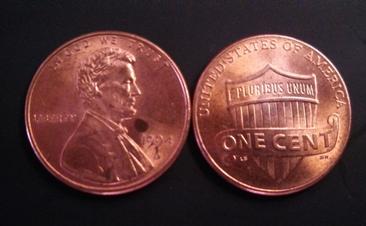 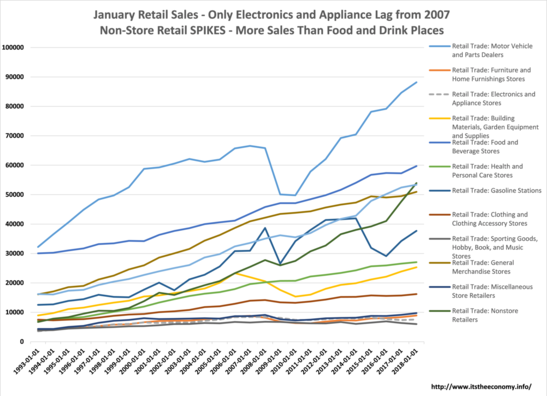 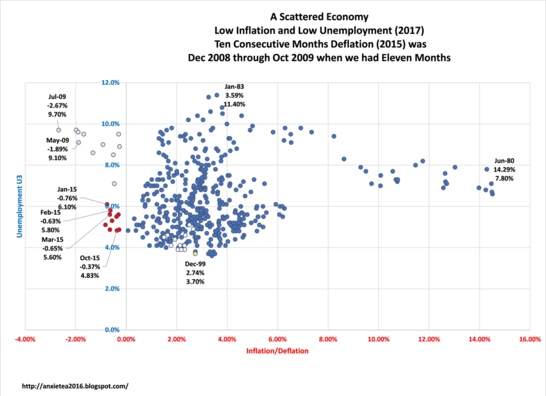 This week was a tragic week in Parkland, Florida. There was a Valentine's Data Massacre at a High School where, it appears, that the Federal Bureau of Investigation (FBI) had information in the shooters intention to shoot students six weeks prior to the massacre. This information was apparently not forwarded to the local authorities or the Miami FBI field office. This week we also received information that the Mueller Investigation levied charges against 13 Russian nationals for interfering with the 2016 Presidential election for activities dating from 2014 through the run-up to the inauguration. Remember that President Trump did not announce his candidacy until June 16, 2015.  Both stories deserve headline status. So did the remarkable Consumer Price Index data regarding inflation, the monthly Retail Sales Survey data, the weekly unemployment claims data, and the January New Construction data.

(Feb. 12)  This column finds inspiration from Internet memes, comments made by on-air personalities, and from economic data. The media has been pining for wage inflation - they got it - the are now concerned about wages rising. The were concerned over anemic inflation - they got inflation close to 2% - the supposed Federal Reserve Target Rate - now that we have some inflation they blame it for the massive stock market correct that we saw during the past month. The article "Inflation is Okay" explains the "Phillips Curve" and how we have had low inflation, inflation even at 3% or 4%, and low unemployment. It also details how the "effective unemployment" rate may be depressing inflation.

(Feb. 13)  Some of the most read articles on this website are the forecast articles. "A Potentially Jolly January Retail Report" examined the data and the trends month to month an year to year to project a possible 5% growth rate in the January data from January 2017.

(Feb. 14) there was a media-wide obsession with the Schumer Shutdown. This week the Treasury released the monthly financial statement for the government that reported a surplus. Crickets. There is "media-wide" concern regarding entitlement spending. The media lumps self-funding Medicare and Medicaid as well as self-funding Social Security as entitlements in with "welfare."

(Feb. 14) The "experts" were expecting inflation to be reported at 1.9% for January. The official number came in at 2.1%. Oh, no, that is 10% higher than expected. No it's not. It's 0.2% higher than "expected" by "experts."  We are still seeing commodity deflation and service inflation. January 2018 inflation was lower than January 2017. Crickets times two.

(Feb. 14) The powers that be in the government like to rely on seasonally adjusted data to smooth out the normal peaks and troughs with regard to jobs creation, job loss, increases in unemployment, drops in unemployment, and, yes increases in retail spending, also known as Christmas spending, and troughs. We recorded our "Best January Retail Sales Month Ever." That is not what was reported elsewhere.  Crickets time three.

(Feb. 15) The third forecast article this week was published Thursday in advance of the Friday New Construction Report. "January Real Estate Forecast: Up Again" commented on the upcoming New Construction Report, the soon to be released New Home Sales Report, and the potential sales and units data for the Existing Home Sales Report that will be released next week. It was anticipated that we would see higher Starts, Under Construction, and Completions data this January than were reported last January. It was also projected that we would see higher average sales prices for new and existing homes. The question was whether or not inventory shortages would impede the number of units sold.

Let me be crystal clear. The Parkland murders were worthy of press coverage. The taking of 17 lives  is tragic. It is a painful lesson from which we must learn.

The Russian Meddling in the election is interesting. Who meddled more Russia, the mainstream media or Hollywood?  Were they attempting to sway the election with the creation of the television shows "Veep," "Designated Survivor," or "Madame Secretary. Were they trying to sway the election with pedantic questions leaked to Democrat candidates and gotcha questions fired at Republican candidate? Celebrities posing with the head of Donald Trump, shooting a gun at a President Trump look-a-like, or talking about blowing up the White House had no influence on the election or post-election period.... Right.... 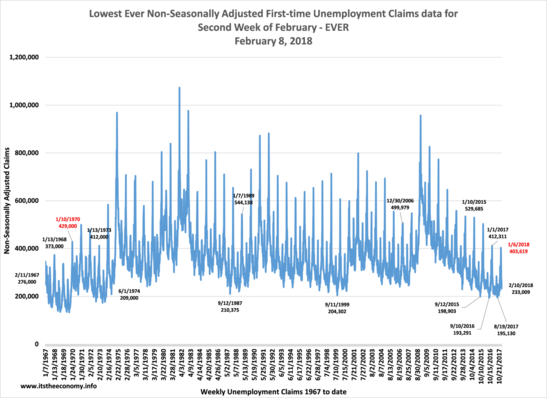 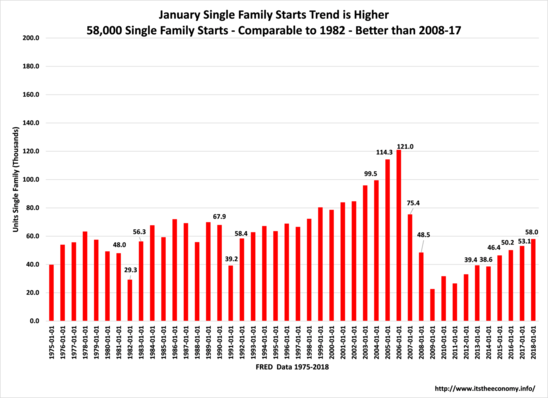