Last week this column published a forecast article for the new home construction data and the new home sales data. The thought was that the trend was generally upward for new home starts, new homes under construction, and new home completions. New home inventory has been improving since the depth of the housing recession. The existing home market has seen rising sales, too. Where the existing home market differs from the new home market is that existing home inventory has been on a long-term downward trend. Last year you could have picked virtually any month of the year and there would have been year over year, same month, declines in inventory.  It could be said that the average sales price, same month, set records virtually  all of last year. What should we expect in this week's Existing Home Data.

Inventory should rise through the Summer. Will the inventory peak during May, as it did last year, or will it peak some time during June, July, or August, as it normally does. June 30th, or the final Friday of June, is the peak closing date, year in and year out.  The question is whether or not the inventory level will exceed last year's February level?

The Inventory Level has been slowing the rate of growth of rolling year sales. This past month we were over the 5.5 million annual rate of sales for the prior 12 months. Right now, as it stands, we are over the level of sales seen during February 2002.  Will the rolling year sales plateau until inventory improves or will sales improve, and days on market decline, and average sale prices soar as demand exceeds supply?

February Existing units sold should exceed that from February 2008 through February 2017. Existing units sold should improve month to month and February to February. The data indicates that there is the possibility of a 1% decline from the January 2018 level. It could also record a spike of up to 10%. The data also indicates that there should be improvement over last February, from ever so slight to considerable. Both annual and month to month growth indicate a possible range of 309,000 to 345,000 units sold. Expect the 340, 000 to be out of reach due to inventory. Expect 316,000-324,000 units sold.

We should be "guaranteed" a February Record Average Sales Price. The monthly CPI report indicated that we are still seeing shelter inflation of over 3%. We could see a 3% increase year over year for the average sales price. We could see a spike as high as 10%. If we see just a 2% increase from last February that would set a February record of $274,992.  A 3% increase would yield an average sales price of $277,688. The best forecast would be the overlap of the monthly and February gains, or between $282,000 and $287,000. Expect a record to be set.

Real estate obeys the law of supply and demand. The "hot price range" can vary from month to month, year to year, community to  community, neighborhood to neighborhood, and condominium association to condominium association. We have an inventory shortage. We cannot sell what isn't a available for sale.  Full-time jobs exceed the levels seen during the peak pre-recession sales years, plural. You need two years of permanent full-time work to qualify for most mortgages. We are coming out of the seven year waiting period for those who have had a bankruptcy or foreclosure, measured from the 2010 bottom of the housing recession, remembering that there was a "double bottom."  The data points to a solid existing home report. All real Estate is Local. Contact a Realtor if you want to buy or sell an existing home. 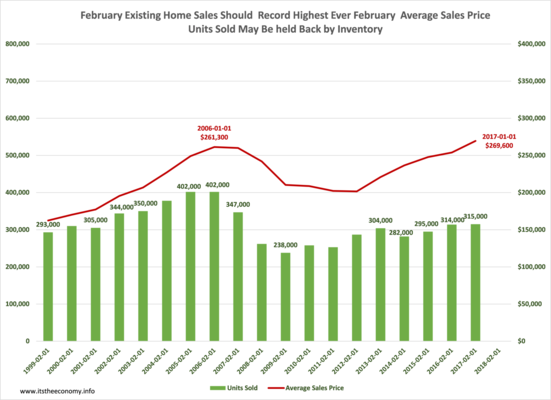 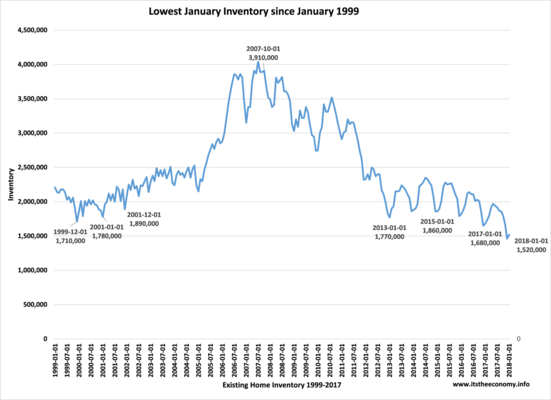 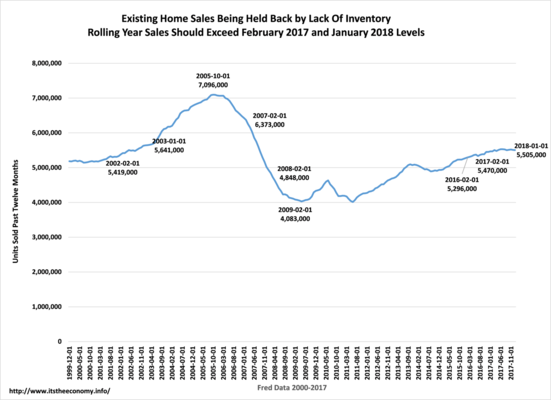