We had our Best New Construction Year since 2007 during 2018

Was new construction slowed down this year by the Government Shutdown?

The release  economic data regarding new construction and new home sales was delayed due to the the Government Shutdown.  We received the January New Construction data on the same day as we received the February Jobs Report. We received the February New Home Sales report March 14th, and the next report will be released this week on March 29th. January and February New Construction data can be impacted by storms and cold weather. It appears that the Government Shutdown chilled, and even froze, loan approvals, and therefore stopped some construction and sales activity right in their tracks. The forecast was for starts, units under constructions, and completions to jump from the January levels and rise from last February's levels. What was recorded and what was reported for February 2019?

We saw the most February completions since February 2007. It was thought that completions should improve month to month and February to February. We are approaching the levels seen during the mid-1990s. This is actually good news.  We do not have to have the level of units under construction, or completions, that we had during the new construction boom of 2004-2006. We do need completions in order to see the "for sale" inventory to rise.  It will be interesting to see what is happening with regard to the not started, started, completed mix of new home inventory when we receive the February New Home Sales data Friday this week.

The new home construction data was okay. There was some improvement in completions and units under construction as compared with last year. The starts data was a little on the light side. This could be weather related or shutdown related. A delay in financing may have delayed the starts.

Two points is not a trend. There is considerable hand wringing regarding the new construction data and the overall economy. It appears that new construction starts were impacted by the government shutdown. This week we will receive the second reading on the fourth quarter Gross Domestic Product  (GDP.) It also appears that it may be the "final" fourth quarter GDP value in advance of next moth's "Advance First Quarter GDP" report. It appears that we are going to "strip some gears" shifting from 1st to 3rd. We will receive the March New Construction data in advance of the GDP report next month, meaning that we will have some more insight into the Gross Private Domestic Income (GDPI) component of GDP. We might not have a full handle on the construction sector until the end of the second quarter, after we have six data points. 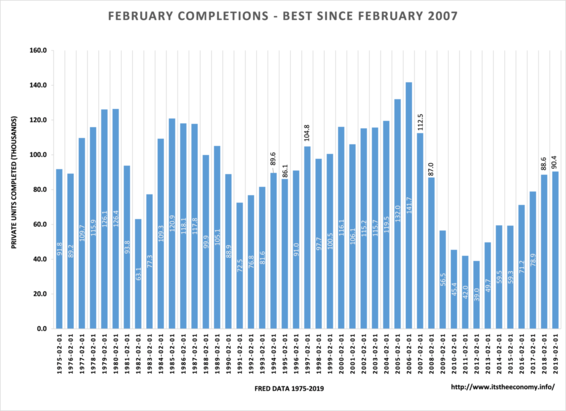 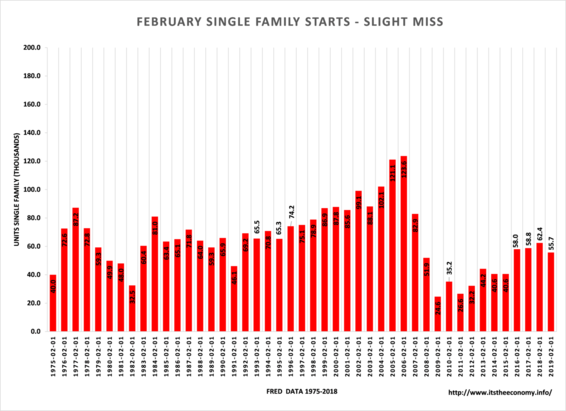 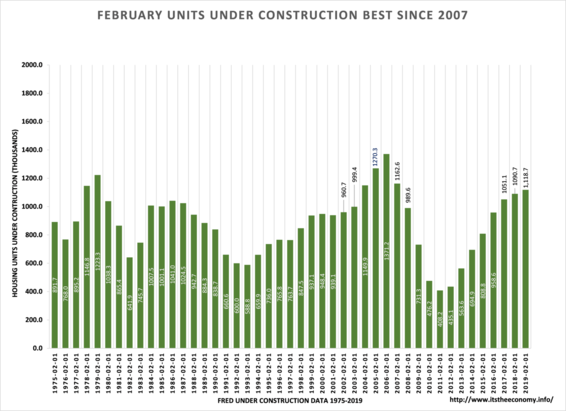