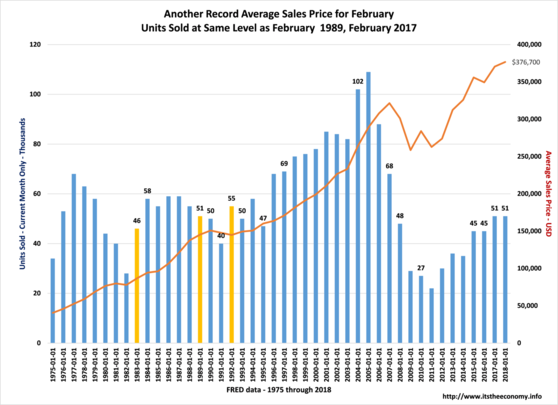 New Home units Sold matched the February 2017 Level. There were 51,000 units sold across the country. It was thought that due to the elevated completion levels reported in the new construction report might carry over to sales.

This was a good sales report. Inventory is returning to a "healthy" level. Inventory is growing at a faster annual rate than sales are growing.We have an existing home shortage, as has been detailed many times. Perhaps this new home inventory will relieve some of that pressure. The median price is lower than the average price, which means some high end homes are pulling up the average. If inventory grows at 16% for the year we could reach 350,000 by this time next year. 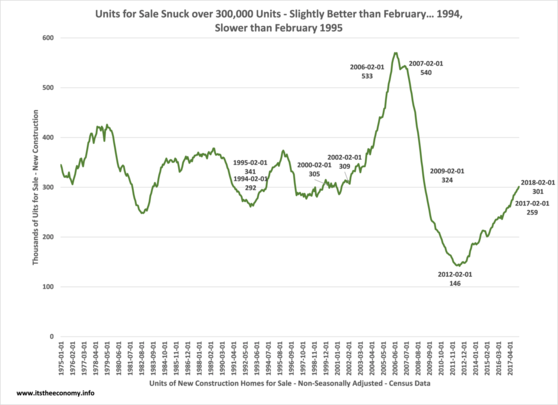 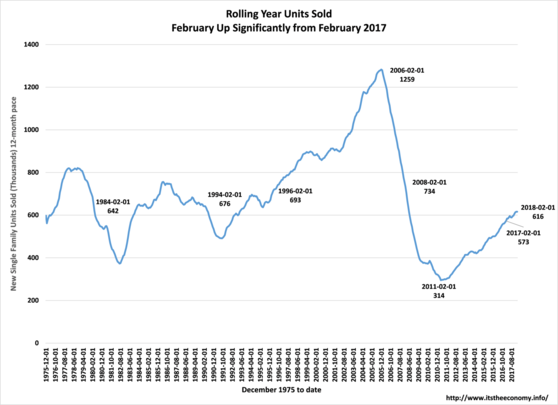