still the mainstream media chooses to ignore them, plural.

The Seasonally Adjusted First-time Claims data could have been reported lower than it was reported. Look at the first-time unemployment claims table. We have the lowest SA FTU, official value, for the third week of February since February 17,1973. If we used the same seasonal factor that they used we would have reported 187,000 SA FTU.

The Insured Unemployment Rate fell to 1.46%. This is the percentage of covered insured who are receiving continuing claims benefits. This is different from the U-3 unemployment rate of workers out of work searching for work. This is also significantly lower than the number of non-seasonally adjusted job openings. Three different surveys, measuring three different things. Not comparable. This IUR of 1.46% is comparable to the best of 2000 and the best of 2014.  Remember that we have an elevated level of Multiple Job Holders. A second job is the best form of unemployment insurance.

This data is ignored by most people these day. This gives us insight into what we can expect for the U-3 unemployment level. If claims drop then the number of people claiming to be unemployed should also drop. It doesn't always work that way. This data is remarkable. Record low level of first-time claims for this week of the year. Seriously low continuing claims. "Historic" IUR for this week of the year. 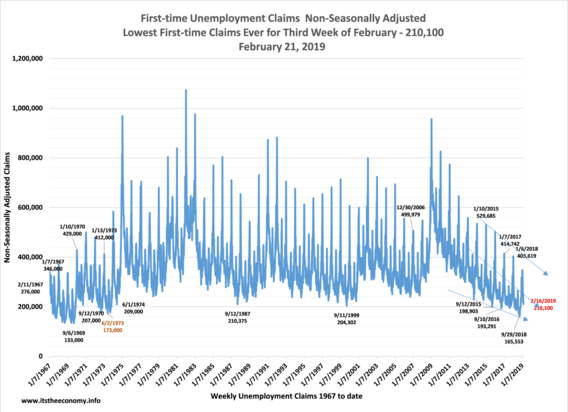 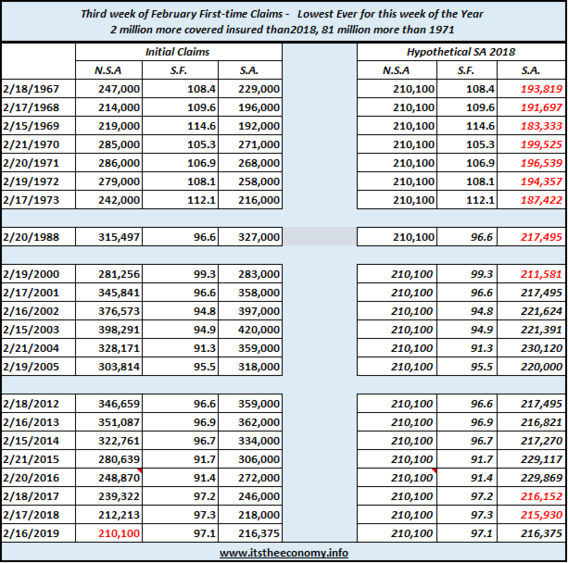