The headline number for First-time Claims is the seasonally adjusted First-time Unemployment Claims Data (SA FTU.) There is a non-seasonally adjusted (NSA) component that is rarely mentioned. There is also a SA Continuing Claims (CC) number and a NSA CC number. There is the Insured Unemployment Rate (IUR) that has both a SA and NSA version. All of the data is expected to trend lower from here through the end of September. What was recorded and what was reported this week?

The Non-seasonally adjusted first-time unemployment claims edged higher from 179,877 to 186,028. It was projected that the NSA FTU could fall 2% to 5%. There were no states that reported an increase of 1,000 claims from week to week.

The Non-Seasonally Adjusted  Continuing Claims number rose from 1.665 million to 1.677 million continuing claims.. It was projected that the NSA CC could fall by 1.25% to 1.75%. Are people being selective about which jobs they accept due to the elevated level of job openings? This is lower than the NSA CC was during the first week of August of 1970, 1971, and 1972.

Very few analysts spend any time on the weekly claims data. It is important to note that even though the annual trend is for claims, first-time and continuing claims, to drop through the end of September, the sheer number of covered insured is placing pressure on the claims number to increase. Unemployment claims will rise eventually. It is called "The Fall and Winter firing season." It is important to compare the covered insured sizes and the unemployment data. 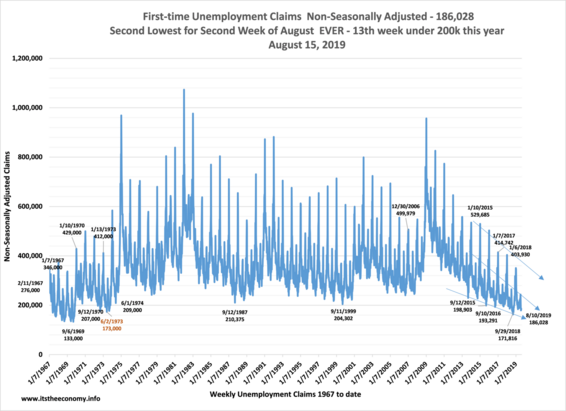 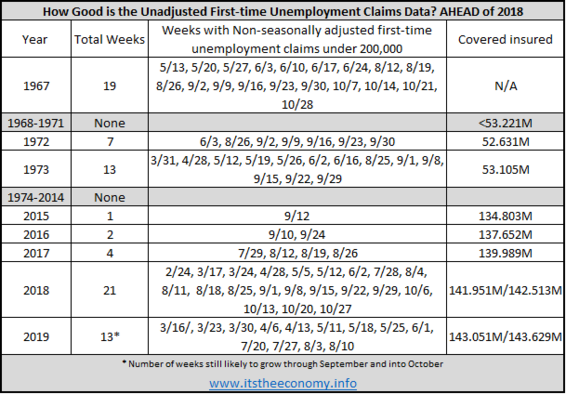 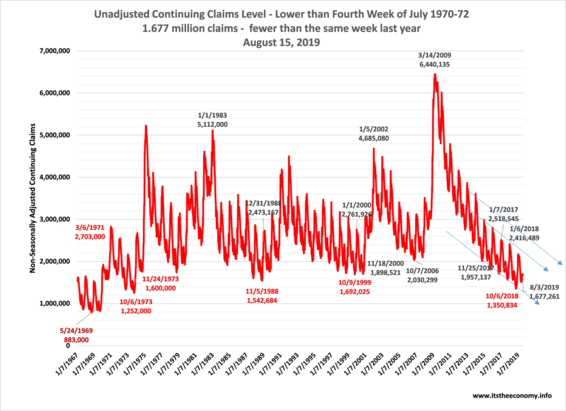