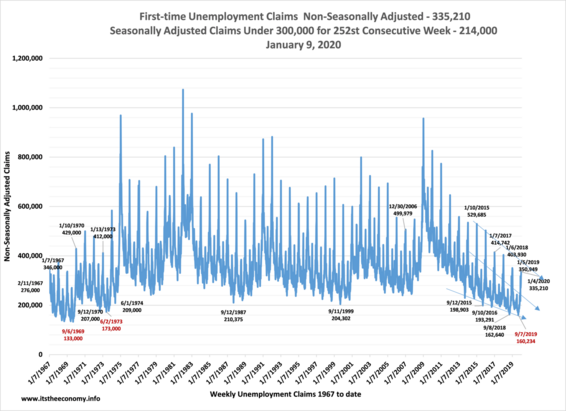 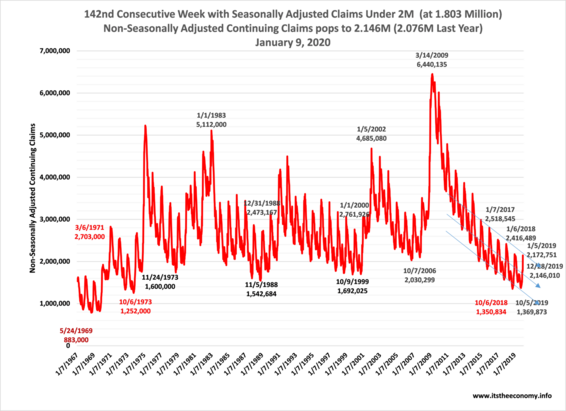 First-time claims Lowest for This Week of Year since 1969

Seasonally adjusted first-time claims dropped to 214,000 claims. This is the 252nd consecutive weeks with the SA FTU reported under 300,000.

Seasonally Adjusted Continuing Claims came in at 1.803 Million. This is higher than the fourth week of December last year and comparable to the fifth week last year.The same is true for the Insured Unemployment rate. This is up from last year's fourth week value and down from the final week value for December 2018, the lowest ever at the time for the final week of the year.This is the difference one day makes from a statistical purpose. This is also the 142nd consecutive week with the SA CC under 2.0 million claims.

What does this all mean? People are being hired and fired. They are being hired and fired at some of the best levels recorded during the past 40 years. High levels of hiring, low levels of unemployment. Tomorrow we will receive the December Jobs Report. The December ADP Payroll report was released yesterday and points toward a potential upward surprise for jobs and employees and a potential surprise downward movement on unemployment.