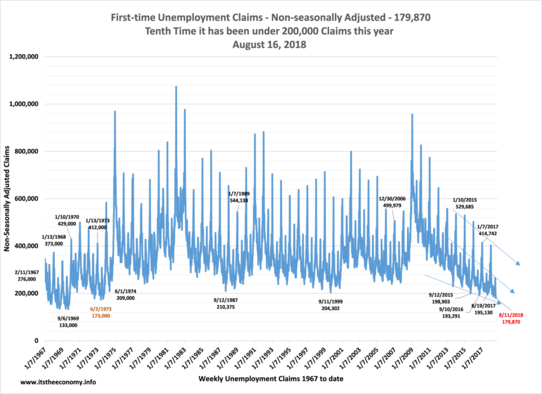 The weekly unemployment claims report used to be headline numbers.

The weekly unemployment claims data used to be breaking news at the bottom of the hour most Thursdays. We dropped below 400,000 claims, then 300,000 claims. There was a streak promoted by the prior administration for consecutive weeks under 300,000 seasonally adjusted first-time claims. This FACT (False Assertion Considered to be True) was manufactured by manipulating the seasonal factors used to convert the non-seasonally adjusted (NSA) data to the seasonally adjusted (SA) data. SA data is Governmentland. NSA data is reality. The seasonal factors used to convert the NSA data to the SA data change from week to week, month to month, season to season and year to year. So far this year the NSA first-time unemployment (FTU) claims data has been recorded under 200,000 ten times: (2/24, 3/17, 3/24, 4/28, 5/5, 5/12, 6/2, and 7/28, 8/4, and 8/11.) Normally we hit our annual low for first-time claims the final week of September. Normally we hit our annual low for continuing claims (CC) during the first week of October. It was projected that we would see another week of NSA FTU claims under 200,000 and that we could possibly see the SA FTU data reported under 200,000. What was recorded and what was reported this week?

First Time Unemployment claims recorded under 200,000 claims for the Eleventh Time This Year. The non-seasonally adjusted value was recorded at 172,932 and reported at 210,000 claims. The only time that the NSA FTU claims were lower during the third week of August were during the Summers of 1968 and 1969. The thing is that there were 90 million fewer covered insured back then. The most distant data goes back to January 1971 when we had fewer that 53 million covered insured, during the Summer of 1971. We have almost 142 million covered insured right now.

Continuing claims value could have reported higher than it was reported. The seasonal factors tend to skew the data high during the Summer and low during the Winter.

What will it take for the media to start covering the first-time claims data as they used to cover it? Will it take a headline value of 199,900 for SA FTU to get some hearts racing? Will it take a seasonally adjusted continuing claims value under 1.5 million to turn heads? There has been a ton of discussion that there are more job openings than unemployed workers. When this comparison is made they are comparing data from two different series with two different margins of error measuring two different things. The continuing claims data is from a third survey that measures another different thing. People receiving continuing claims had jobs, received benefits, and are still looking for work. The U-3 unemployment level is a measure of those people who are not working, and may not have worked for months or years, who are looking for work. The JOLTS job opening data doesn't tell us if the jobs are full-time or part-time. The JOLTS data shows that the highest job opening categories have some of the lowest hourly wages.  Ignore the data and the meaning of the data at your own peril. Is week #12 with fewer than 200,000 NSA FTU claims  coming next week? Probably. 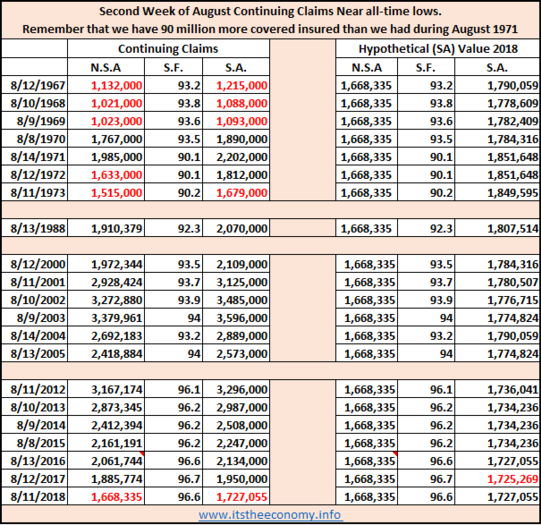 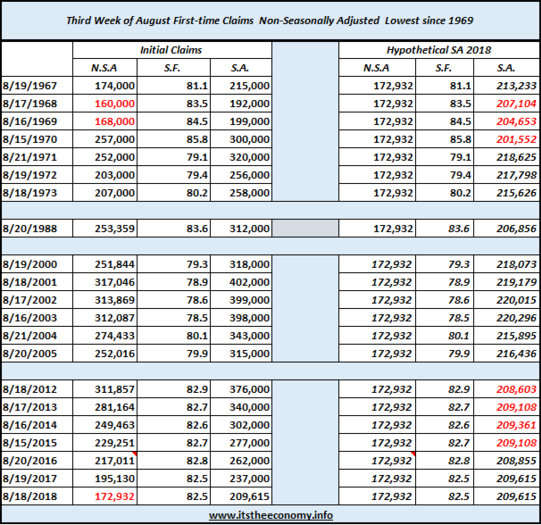 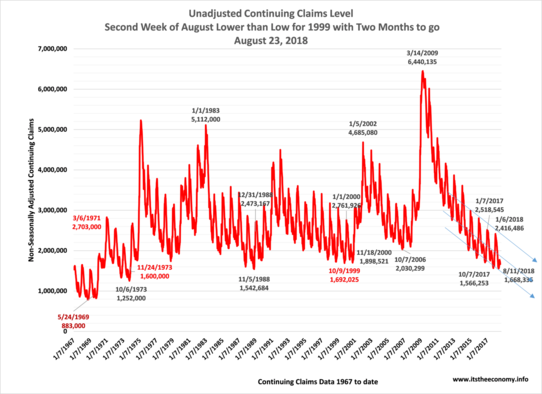