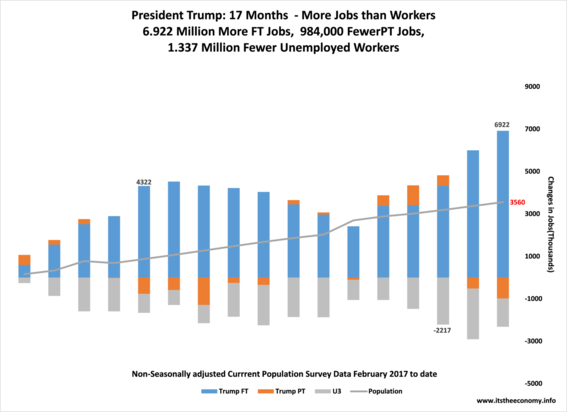 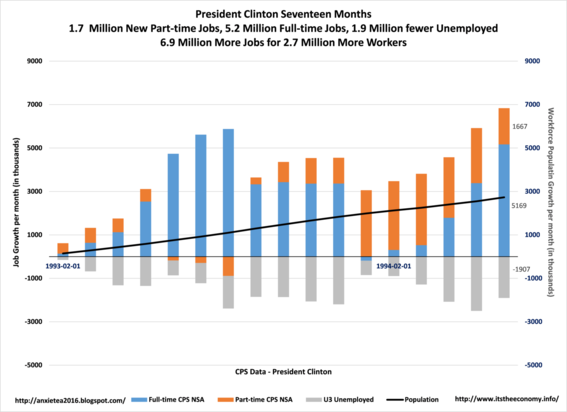 The June Jobs Report was released this past Friday. The June Jobs Report was Jarringly Good. We recorded the fifth largest June non-seasonally adjusted (NSA) Current Employment Statistics (CES) worker growth since 1980. We saw the third largest jump in NSA Current Population Survey (CPS) Full-time (FT) Jobs.  We saw a huge spike in U-3 unemployed workers, a drop in NSA CPS Part-time (PT) jobs. This means that the NSA Workforce Participation Rate. We saw "June Wages, Workers, Earnings" improve for almost every sector of the economy. We saw the sectors with the lowest and highest wages record improving wages June to June. Only the "other services and Financial and Business Service Sector saw decline in their weekly wage. The total annual wage rate increase was over 3%, the total worker Growth Rate was up  1.91%. When those factors are taken into account total wages were up over 5%. Only three sectors have not returned to their June 2007 NSA CES worker levels: Information, Construction and Manufacturing. Another way to examine the data is how President Trump is doing after 17 months compared to former Presidents Reagan, Clinton, George W Bush, and Obama.