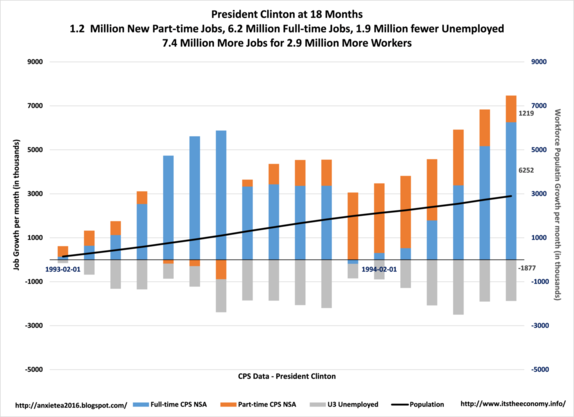 When Comparing Presidents and Job Creation, What is a Valid Metric?

There was a considerable amount of discussion this past weekend regarding the July Jobs Report. The headline"Seasonally adjusted Non-Farm Payroll" number was less than enthusiastic. The story behind the headline number was that the Private sector data was better than the non-farm payroll (NFP,) and that both data sets were revised upward for May and June. This effectively borrowed growth from July. The seasonally adjusted U-3 unemployment level fell below 4.0%. Workforce participation continues to improve. What is a valid metric? Remember that the NFP and Private Sector data is created using the Current Employment Statistic (CES) data set while th unemployment rate and participation rate are created using the Current Population Survey (CPS) data. T

President Obama saw a drop of jobs for an increasing workforce population. There are a couple of things that need to be addressed.

President Bush saw 2.2 million full-time jobs and 2.1 million more unemployed workers added to the economy. President Bush came into office after the "Dot Com" crash and before the attacks of September 11, 2001. Once again the workforce population was up 3.7 million workers. The higher population grow make it difficult for the workforce participation to be maintained. 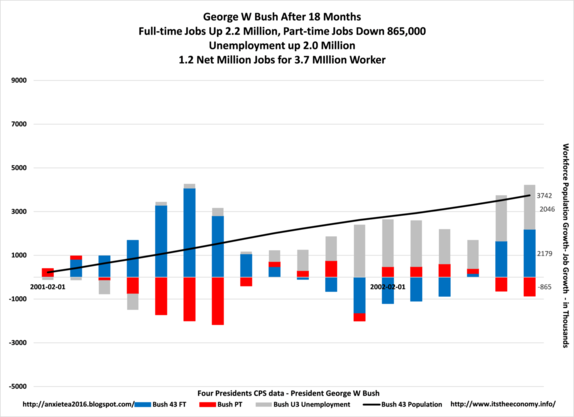 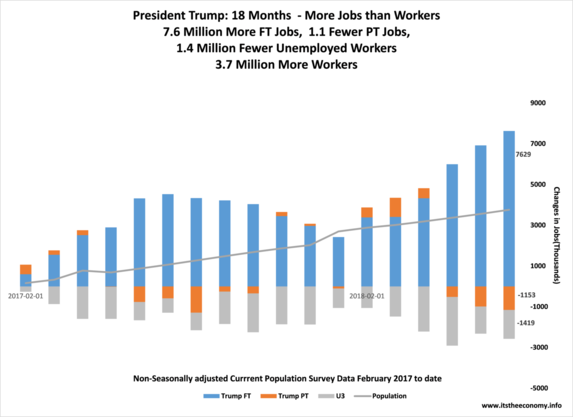 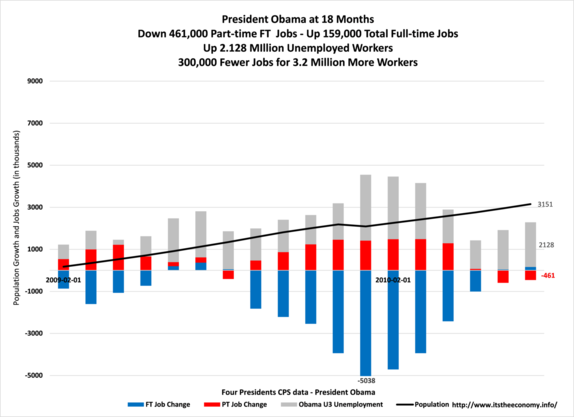 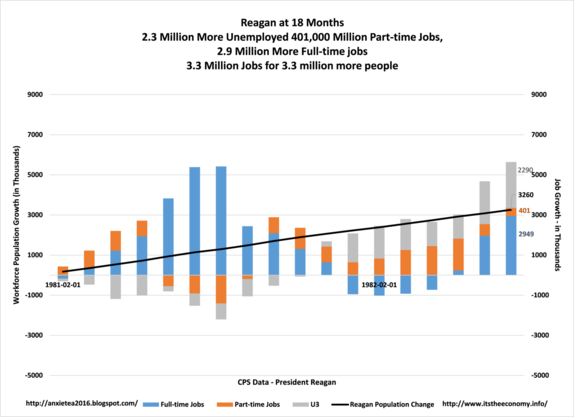