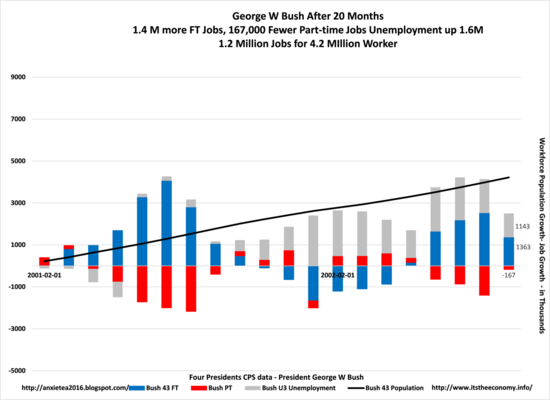 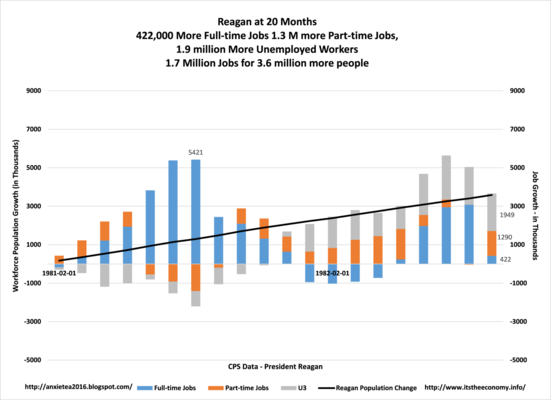 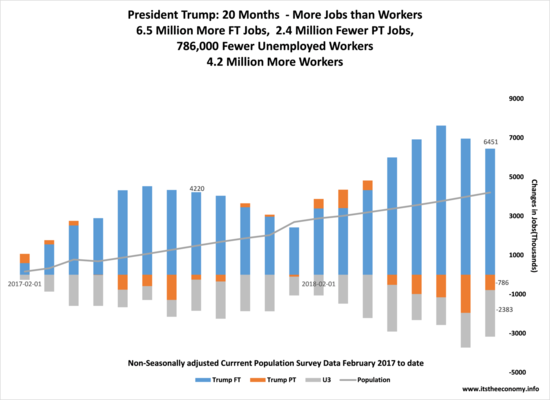 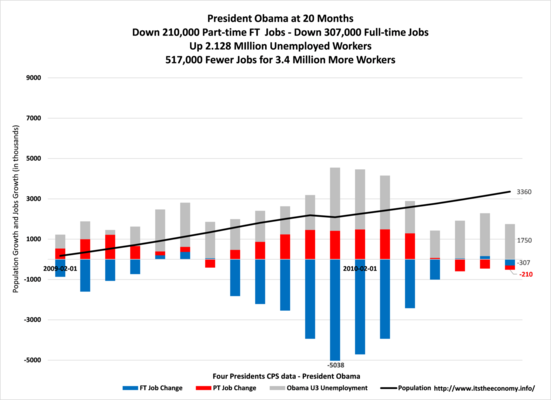 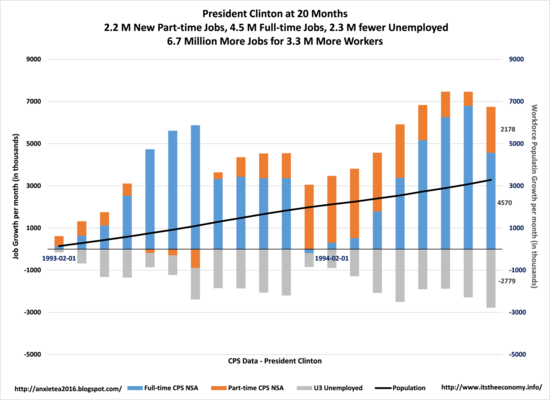 The September Jobs Report was received well or poorly depending upon to whom you were listening. The headline number was either an increase of 121,000 seasonally adjusted (SA) private sector workers or 134,000 SA Non-farm payroll (NFP)workers. The NSA Private Sector data was revised up 69,000 workers, the SA CES was revised up 62,000 workers. This means that this month we really added 183,000 SA Private Sector Workers. The rest of the analysis can be found in "September Jobs Soar" and "September Wages and Workers: Off to the Races." The headline number is based upon the Current Employment Statistics (CES) data. There is a second data set, the Current Population Survey (CPS,) that measures the levels of jobs, full-time and part-time, unemployed workers, and the workforce population. It is from the CPS data that the unemployment rate and the participation rate are calculated.

President Trump saw the addition of over 1 million part-time jobs during September. There are still fewer PT jobs now than when he took office. There are 6.5 million more full-time jobs now that at his inauguration. He has also overseen the reduction of nearly 2.4 million unemployed workers. Something to note the data is examined is that President Trump has reportedly seen the workforce population grow by 4.2 million workers. The reduction of 3 million participation by reducing the PT and U-3 unemployed has been offset by the addition of 6.5 million full-time jobs. Note that his population was revised up during April of 2017 and again during January 2018. The upward revisions reduce the participation rate.

Former President Obama saw the loss of 517,000 total jobs after 20 months.  Unemployment was up by 1.7 million. The workforce population only grew by 3.4 million workers. The participation level fell under former President Obama and was only positive during September of 2010 because there were more unemployed workers than jobs lost during his 20th month. Note that there were only 3.4 million workers added during the same period of time. If population grows faster than jobs then the participation rate will slow or drop, unless there is a jump in unemployment comparable to the loss of full-time and part-time jobs.

Participation Matters. Even though we have added millions of jobs under President Trump has added millions of jobs,  we are not at full-participation. It has long been considered that we are at full-participation when unemployment is under 5%. It was augmented recently to say that we are at full-employment when we are under 4% unemployment. The problem is that the current unemployment rate of 3.56% is lower than it was during October of 2000 when it was 3.61%, the participation rate right now is 62.70% compared to 66.86% back then. There is a measure of unemployment called "U-6" that measures the unemployment in a different way - people "marginally attached to the economy." This month it was 7.1%. Last September the U-6 was 8.1%. It was under 4% during October of 2000 and under 3% during May of 1968 and May of 1969. Could we really see the U-6 fall even lower than it is right now.

We are in the middle of a Renaissance and nobody is paying attention to the numbers behind the numbers.