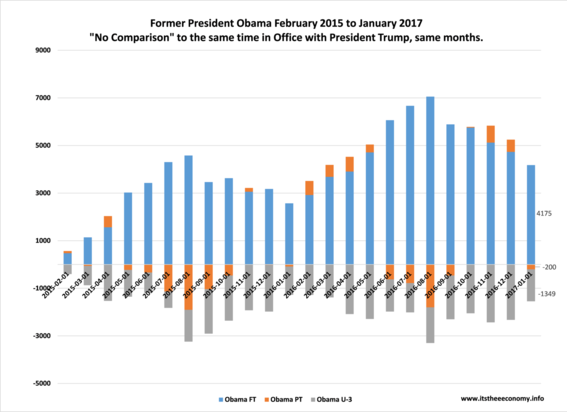 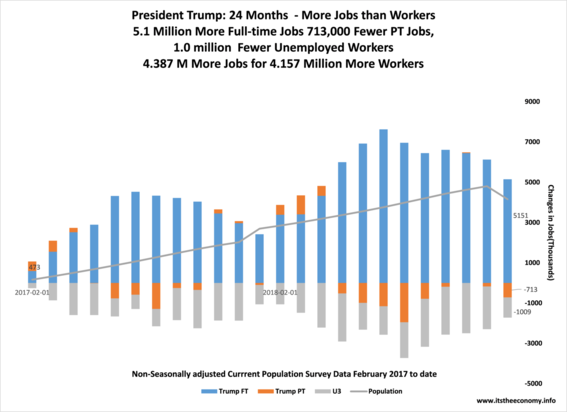 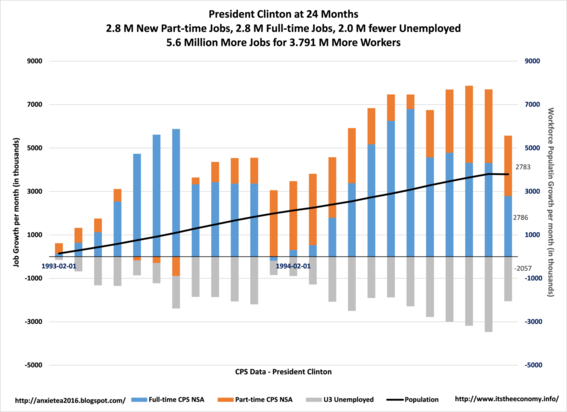 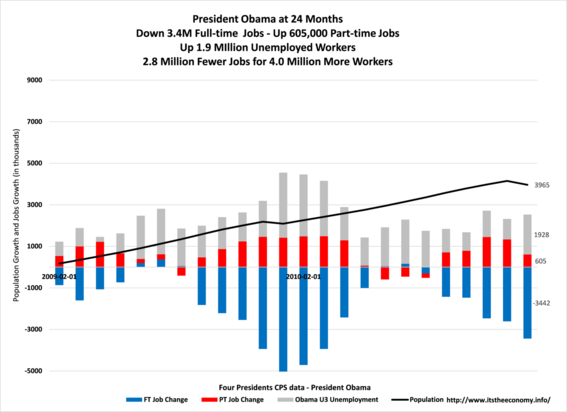 The January Jobs Report was released this past Friday. Most of the media was "caught off guard" by the solid January Jobs Report. The data behaved pretty much as this column had projected: Non-seasonally adjusted jobs, full-time and part-time, fell, non-seasonally adjusted workers fell, and unemployment rose. Seasonally adjusted, full-time and part-time jobs fell, unemployment rose, and both Private Sector Workers and Non-Farm Payroll  Workers increased in numbers.  The details are covered in "January Jobs Report: Shutdownproof Economy?" Next this column examined the revisions to the Current Employment Statistics data and the wage changes in "January Worker and Wages Data: Up and Up." All Sectors grew January to January and All sectors earned higher wages this January than last January.

This column has produced a series comparing the current President with his predecessor at the same point in time during their Presidencies. The "Four Presidents at __ months" series started during the final two years of the Obama Presidency. The "Five Presidents at __ Month series started with the February 2017 Jobs report because President Obama was President on January 12th when the data was collected for the January 2017 Jobs Report.The series started because there was a meme comparing President Obama with almost two years remaining in his Presidency with his predecessors at he end of their Presidencies, excluding President Reagan and including one-term President George HW Bush.

President Trump and Former President Clinton are the only Presidents to reduce unemployment and Add Jobs. after 24 months in office.