The April Jobs Report painted a picture of Workers Rising, Unemployment Fall and Participation Stalling. The article "April Jobs Report: What On-Coming Storm" detailed how the private sector added over 1 million non-seasonally adjusted workers and reported a gain of 236,000 seasonally adjusted (SA) private sector workers and 263,000 SA Non-farm Payroll (NFP) workers. The "problem" was that we "only" added 393,000 NSA Full-time Time jobs and 124,000 part-time jobs, NSA CPS. The data indicated a much higher value. This meant that we had seasonally adjusted CPS job contraction plus SA U-3 unemployment contraction.

Former President Bush was not doing much better after 27 months in office.  Former President George W Bush, GWB, had overseen the creation of 1.1 million part-time jobs and 100,000 full-time jobs. Unfortunately, there were still 1.2 million unemployed workers than when he took office. Participation was up, just not the kind of participation you want to see, and not at the rate of population growth.

The April Participation rate is barely higher than when President Trump took office. A reduction of unemployed workers reduces participation unless there is a commensurate increase in combined full-time and part-time jobs. The act of cutting unemployment creates negative participants.

We are reducing the number of non-participants. People who are not employed nor unemployed are effectively unemployed. They are "non-participants."   The effective unemployment rate compares a fixed point in time with the same month data from other years. This column, and its sister site "Reclaiming Common Sense," have been comparing participation rates and unemployment rates for years.  (All data is non-seasonally adjusted)

This was a strong report, from the CES worker data perspective. Workers jumped. Wages rose. Full-time jobs rose and part-time jobs fell. Unemployment fell dramatically. When workers and wages rise total income rises. When incomes rise then retail sales can surge. If retail sales grow then the Gross Domestic Product (GDP) grows then consumer confidence improves and the economy grows on top of the current growth. Income should rise faster with full-time jobs rather than part-time jobs. Remember that former Presidents Reagan, Clinton GWB, and Obama "earned" re-election with weaker jobs numbers after 27 months in office. 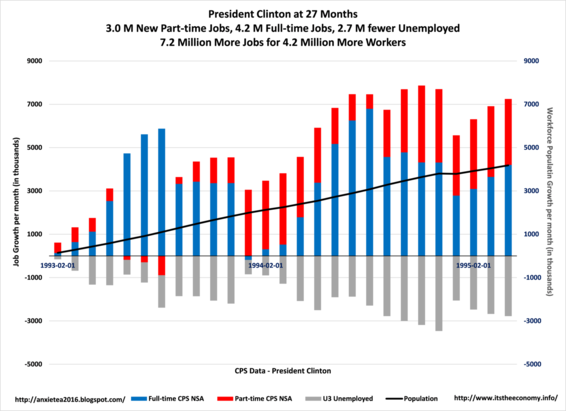 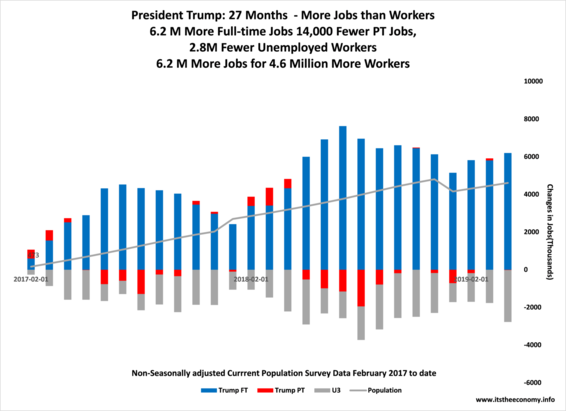 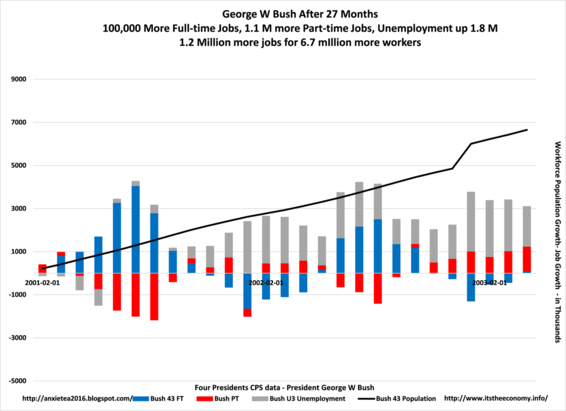 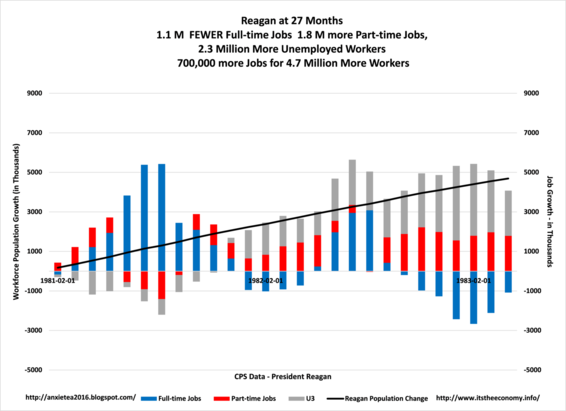 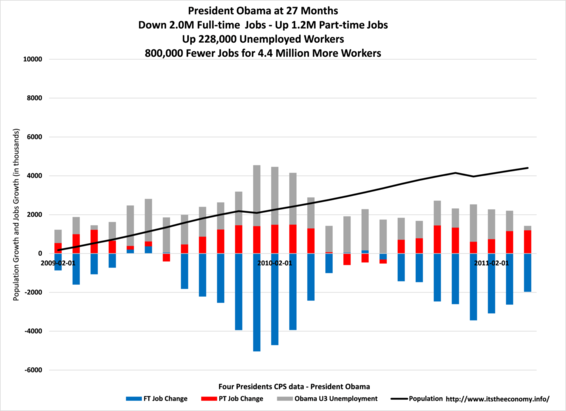