The June Jobs Report, or Employment Situation Report, was remarkable. We saw the largest gain in full-time jobs since 2006 (See "June Jobs Report Records Record Employment, Jobs" ). We saw the worker data rise dramatically, non-seasonally adjusted, and improve nicely seasonally adjusted. Wages were up 3.84%, non-seasonally adjusted, while workers were up 1.65% and hours worked were up 4.87%. When all of this growth is combined gross wages were up 6.60% (See "June Workers, Hours Worked, and Wages Rose.") The big question that is normally asked in this column the week following the Jobs Report is "How is President Trump doing compared to former Presidents Reagan, Clinton, George W. Bush, and Obama?"

President Trump has seen 8.527 million full-time jobs created since his first month in office. He has also seen 1.225 million part-time jobs cut or replaced with some of those full-time jobs. Unemployment continues to be lower than when he took office even though it ticked slightly higher this month as people said that they were out of work and looking for work.

Former President Bush (GWB) had seen employment, full-time jobs and part-time jobs, improve during his first 29 months in office.  The former President saw the creation of 2.157 million full-time jobs, the increase of 130,000 part-time jobs, and the increase of 3.0 million unemployed workers. He also inherited a recession from former President Clinton. We also had experienced September 11, 2001, or 911. This was June 2003, right before the former President oversaw 53 consecutive months of non-farm payroll  "job creation." President Bush had a streak from August of 2003 through December of 2007 that went unappreciated at the time. This sister site to this one, "Reclaiming Common Sense" published an article September of 2014.

The May JOLTS Job Openings and Labor Turnover Report will be released tomorrow, July 9th. The data that is being discussed in this article is for the June Jobs Report. The JOLTS data lags the Jobs Report data by one month and one week. The Employment Situation Report is created using the CPS Jobs and Unemployment Data and the CES Worker and Wages data. The JOLTS data is a third data set. The JOLTS data is comparable to, not identical to, the CES data. There is a fourth data set, the continuing claims unemployment data, which is similar to the CPS U-3 Unemployment data. This is like comparing a Red Apple to a Red Anjou Pear, to a Pomegranate to a Tomato. All are red. All have seeds on the inside. All can be used to make juice drinks. They are not the same. They do not have the same sample sizes, nor do they measure the same things.

This data was good. It was remarkable. President Trump has created more full-time jobs after 29 months in office than the other four former Presidents. Former Presidents Reagan, Bush, and Obama saw unemployment higher after 29 months in office than when they were inaugurated. This is not getting much attention because the media report the CES worker data not the CPS jobs data. The media also reports the seasonally adjusted data not reality. 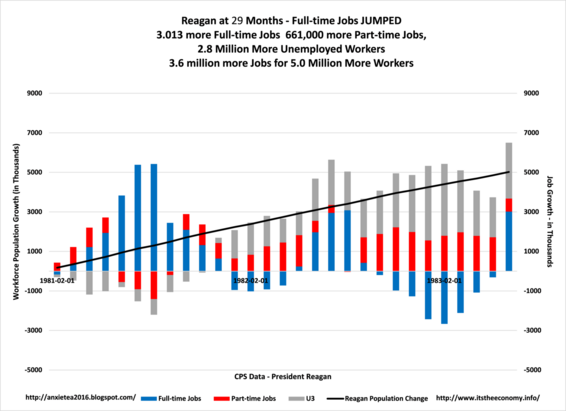 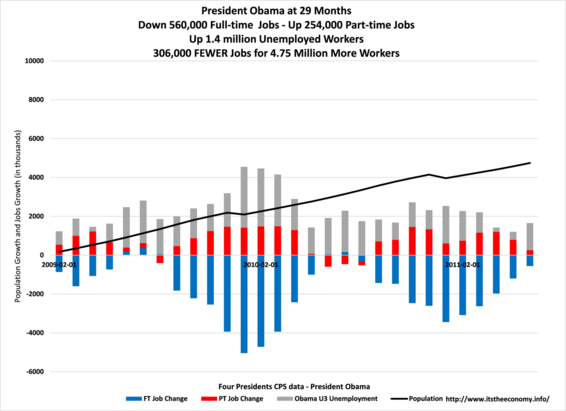 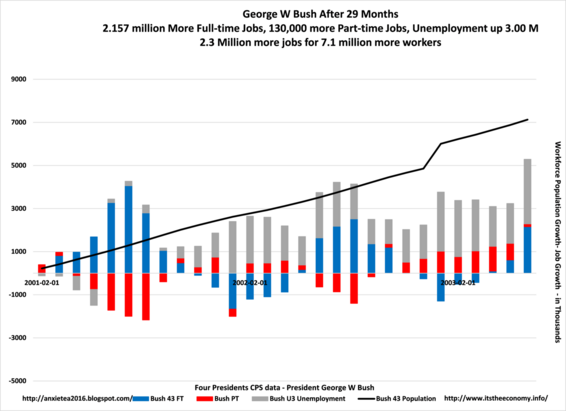 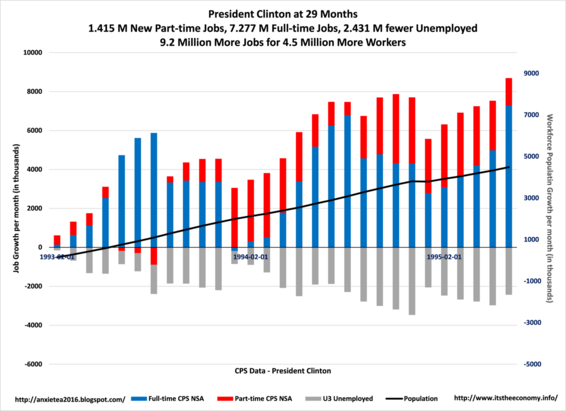 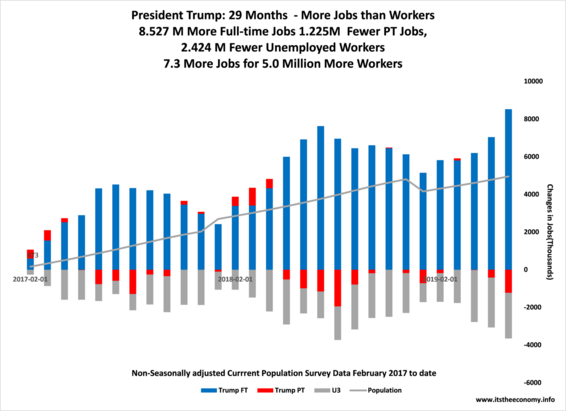