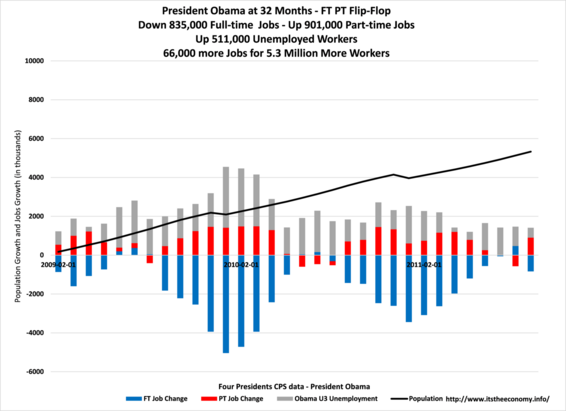 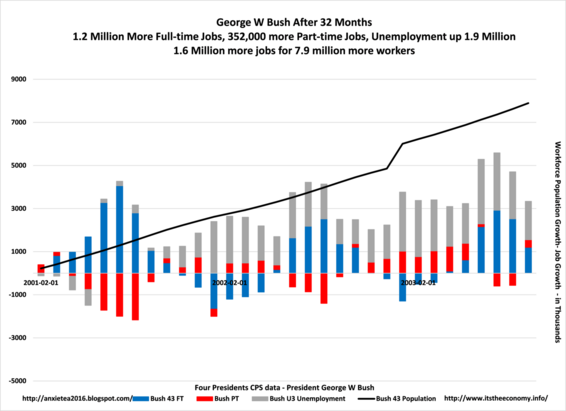 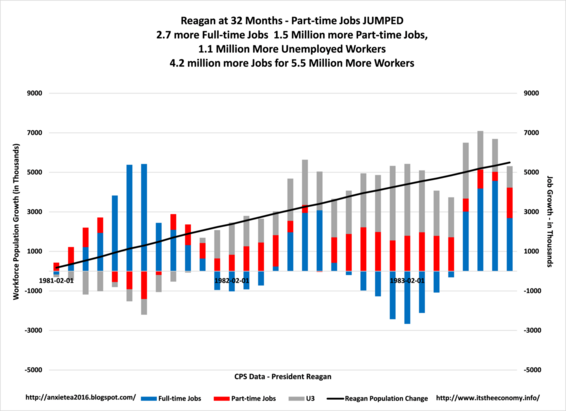 Seasonally Adjusted Manufacturing Jobs Fell - This was a concern to some.

How is President Trump dong compared to his predecessors? This column has been comparing the same month data for the Current President since month 81 of the Obama Administration with the series "Four Presidents at __ Months" and now "Five Presidents at __ Months." What has been missed in most discussions on the economy is the Participation Rate. Participants are either full-time workers, part-time workers, or unemployed workers. The full-time (FT) and part-time jobs (PT) data and the unemployed worker data all are found in the Current Population Survey data.  The data for this President is seriously remarkable,

The U-7 rate gives some insight as to why we are not seeing rampant wage inflation or rampant CPI inflation. We are not at "full-employment": even though the unemployment rate is under 4.00%, because we do not have "full participation."

These jobs reports can be a form of a Rorschach Test. What you see depends on your perspective. There are some that say this is really the Obama Economy continuing into the Trump Presidency. The first 24 months under President Trump were better than the final 24 under former President Obama. That momentum is continuing under President Trump. There were more part-time jobs added than full-time jobs were trimmed this month.

We have the most combined FT and PT jobs ever. We should see the number of part-time jobs improve during October. We have an elevated level of multiple job holders. This means that we could see the unemployment level drop for a prolonged period of time. This column has stated that the best form of unemployment insurance is a second job. The next article will examine the multiple job holder status and how men an women are doing this September with regard to full-time and part-time jobs. 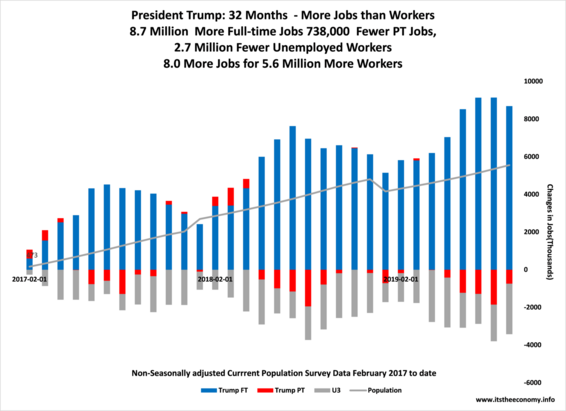 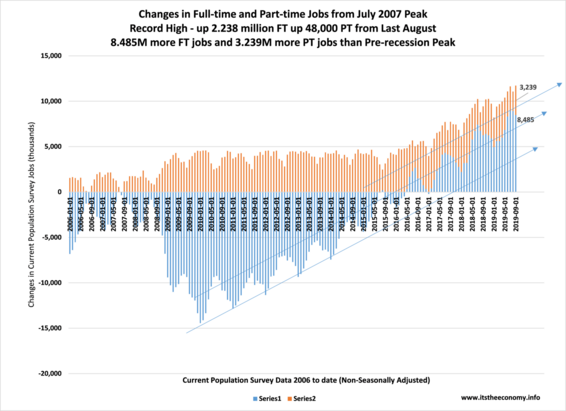 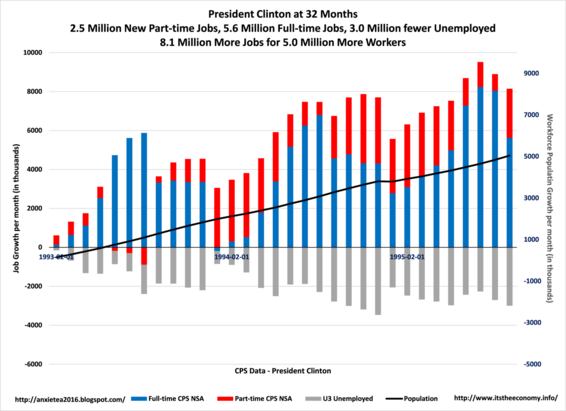