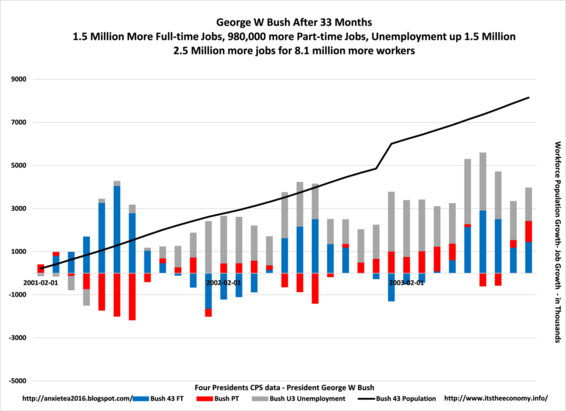 We received a strong Jobs Report this Friday, in case you didn't hear about it, or the stock upward push in the stock markets, plural, after the report was released. "October Jobs Report Treat: Strong Worker Data" explained how the October data was "held back" a little because the September and August data were revised upward from their Advance and preliminary levels. Full-time jobs edged higher, as did part-time jobs. We had the most combined FT and PT jobs ever for a given month. More than the normal peak of July. Participation rose to the highest October level since 2012. That's just the Current Population Survey Data.

The Current Employment Statistic (CES) worker and wages data was equally as strong. We added 629,000 non-seasonally adjusted private sector workers last month. We saw the September data revised higher by 73,000 workers. This "deflated" the October numbers by 73,000. Month to month Growth recorded in Workers in all but two sectors. October to October growth was recorded in all but two sectors, different sectors. Month to Month Growth Reported in seven sectors, with no growth or a minor drop in three sectors. All Sectors received annual pay raises. All sectors say their average hourly wages rise October to October.  All of this was covered in more detail in "October Workers and Wages Reveal Strong Economy."

How is President Trump doing compared to his predecessors in the run-up to the 2020 Election?

There are a record number of Jobs this October. We often hit peak, non-seasonally adjusted, Jobs, a combination of full-time (FT) and part-time (PT) jobs, during July. The peak jobs level prior to the Great Recession was July 2007. We lost 14.452 million full-time jobs between July 2007 and January 2010. President Obama left office with fewer  FT jobs during January 2017 than we had during July 2007, nine and a half years earlier.

President Trump has overseen the creation of 8.975 million FT jobs. He has also overseen the trimming of 181,000 PT jobs and a drop of 2.6 million Unemployed workers. There are 5.8 million more workers in the workforce. More jobs are being created than workers are added top the marketplace. He is pulling "non-participants" off the sideline.

Former President Reagan inherited a recession, and high interest rates. He also started with the smallest workforce of the five Presidents. He saw the creation of 2.5 million FT jobs, 2.0 million PT jobs and the addition of 637,000 more unemployed workers. This means that former President Clinton and President Trump oversaw the creation of full-time jobs and the reduction of unemployed workers during their first 33 months in office.

Participants Matter. A participant is someone who is either working a full-time job, a part-time job, or  is unemployed, according to the CPS survey. We have 164.8 million participants with 131 M FT jobs, 27 million PT jobs and 5.5 million unemployed workers. We could have 164.8 million unemployed workers and we would still have 164.8 million participants. President Trump has added more participants after 33 months in office than former Presidents Reagan, Clinton George W Bush, or Obama. The problem is that participation, more specifically the participation rate, matters. If the participation rate is held constant with regard to October 2000, when we had peak participation and one of the lowest unemployment rates during the month of October, then you can see that the effective unemployment rate peaked at 12.37% during October 2010 and has dropped to 8.44%. The U-7 for the control year was 3.61% compared to this year's 3.34%. the worst October under these Presidents was October 1982 at 13.64% U-7.

We are climbing the Jobs Mountain.  This column produced an article regarding the 2 year bond and 10 year bond inversion which detailed how while an inversion does happen prior to a recession that the number of jobs decline year over year when we have a recession. The 2-10 inversion has to last months, not moments. The end of month rates, non-seasonally adjusted monthly average rates,  have not inverted. The media shifted their attention to the 3 month and 10 year rate inversion. That is for another article. Suffice it to say that the 3m-10y curve inverted for days, and not for an entire month. The monthly rates were identical one time.

Consumer Confidence remains strong. CEO confidence is wavering. Perhaps they are listening to the mainstream media too much. It seems like this may be the first Media Created Recession.  The jobs data points to record levels of full-time workers. It points to still declining unemployment, year over year. Some in the media are talking under 3% unemployment some time next year.  People tend to forget that the "jobs" number comes from the CES worker data and the Unemployment and participation data come from the CPS Jobs and Unemployment data. They also forget that the JOLTS data is not broken down into FT and PT jobs, rather workers, so this data is more comparable to the CES data. Job opening and and Unemployed workers are two different surveys. Participation boosts confidence. Confidence and Participation are rising. 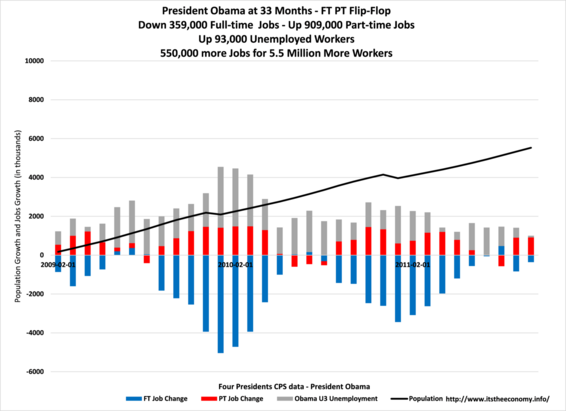 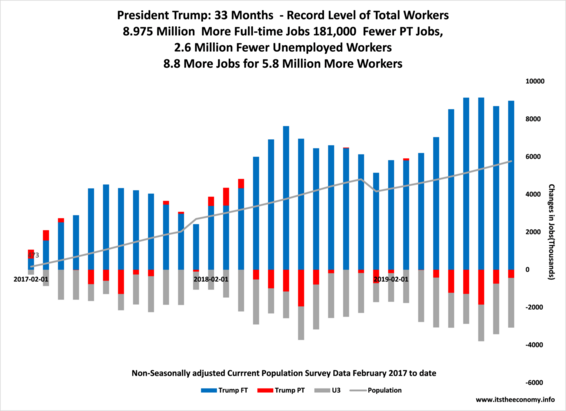 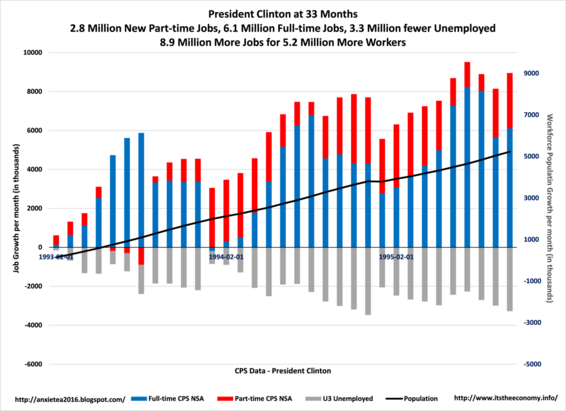 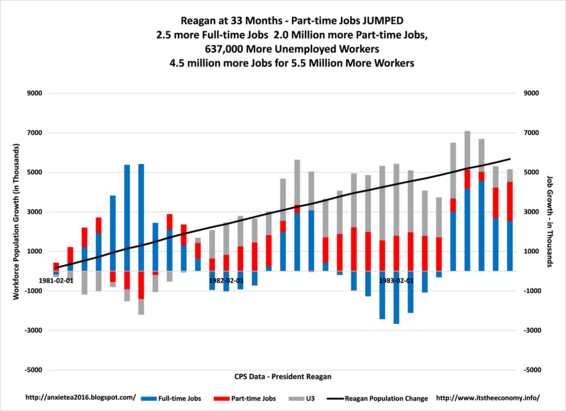 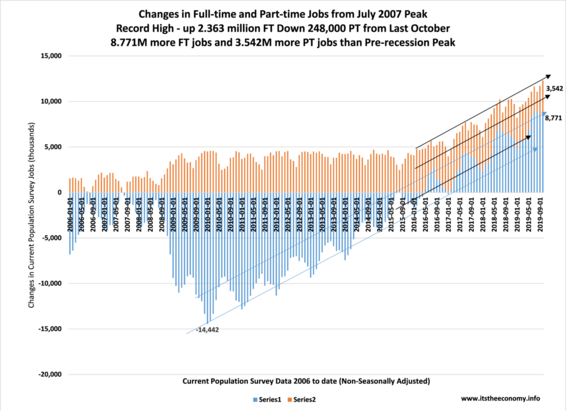