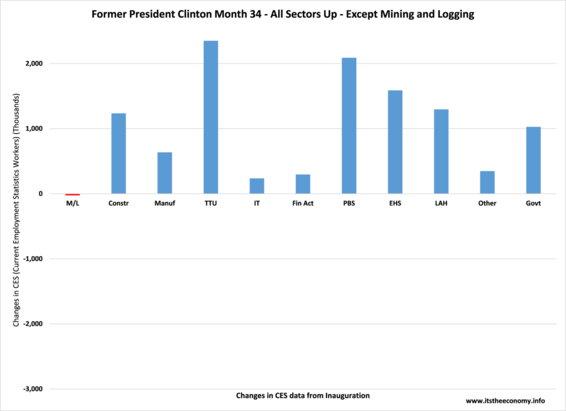 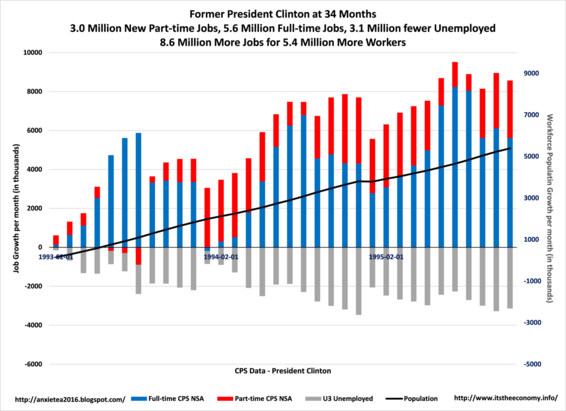 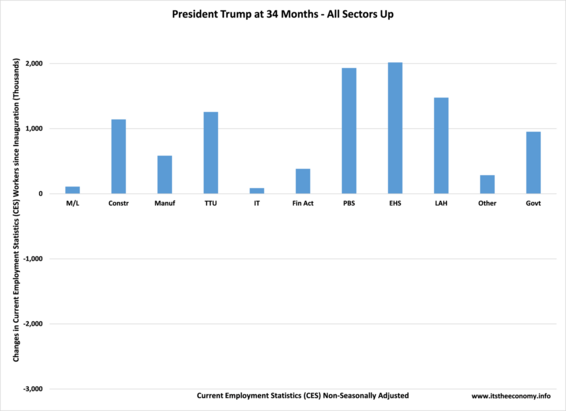 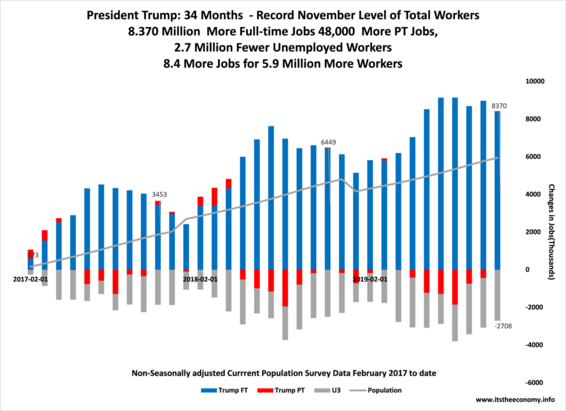 How Is President Trump Doing after 34 Months in Office?

We Added 504,000 non-seasonally adjusted private sector workers this month. We added 266,000 seasonally adjusted Non-Farm Payroll Workers. We added 254,000 SA Private Sector Workers. That s only half of the Story.  We added part-time jobs while trimming full-time jobs and cutting the number of unemployed workers. This was covered in "Nov. Jobs Report: Surprise, Surprise." We had a record number of private sector workers earning record setting hourly wages during November. Only Mining and Logging had fewer workers month to month and November to November, according to the CES data. This was covered in the article. November Jobs Report: Manufacturing Success." There are some people saying that not everybody is winning in the current Trump Economy. How is he doing compared to his predecessors?

President Trump has overseen worker growth in all sectors. This cannot be said about his predecessors.

The similarities in the gains of former President Clinton and President Trump are important.  Construction and Manufacturing workers can propel the economy further and faster than Leisure and Hospitality Jobs and Other Services.

Government Math is a little fuzzy. The headline numbers are always seasonally adjusted data. The seasonal factors change by data set, by category, month and year. This month it meant that a net gain of 504,000 NSA CES Private Sector workers was reported as a gain of 254,000. This data was recorded approximately 100,000 workers higher than November 1994 and reported 150,000 workers lower than November 1994. The data after 34 months in office look like this:

There are many ways to analyze the data. Jobs are up. Workers are up. Wages are up. The next article will look at multiple job holders and how men and women are doing with regard to the CPS jobs and unemployment data.