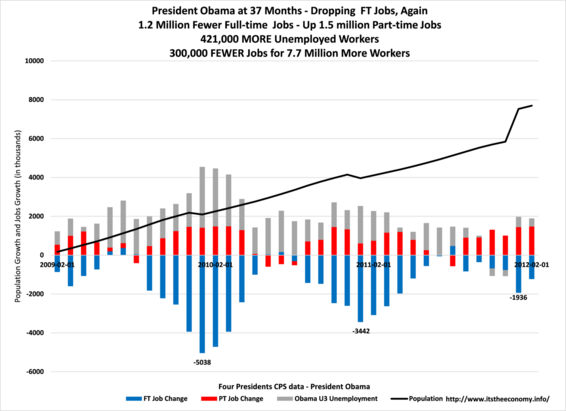 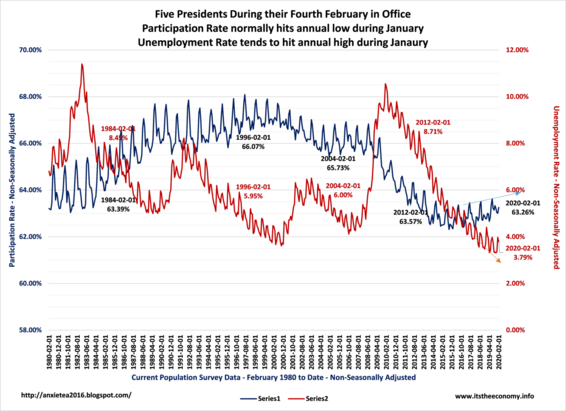 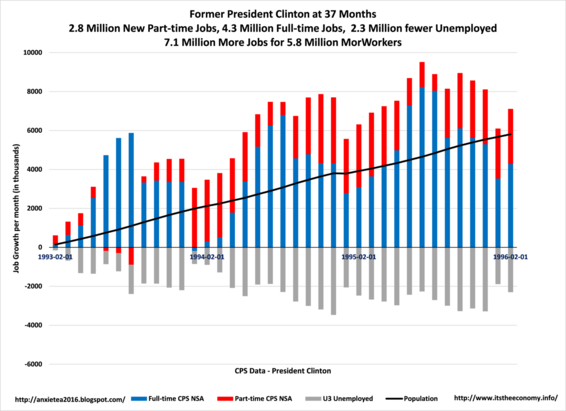 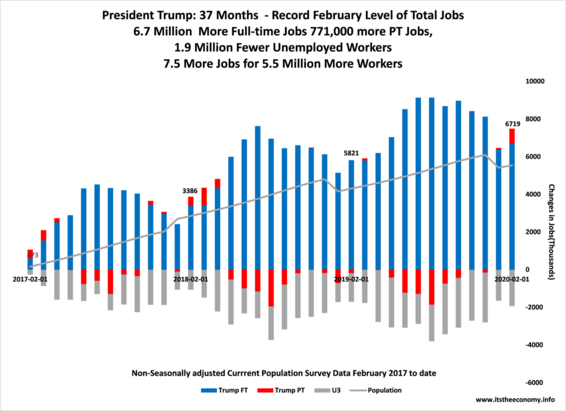 The Month to month data for the CES Private Sector was pointing to strong non-seasonally adjusted growth. The Current Population Survey data was pointing towards large gains in full-time jobs, part-time jobs, and participation, even as unemployment fell. This and more was covered in "Feb. Jobs Report Forecast: Covid-19 Proof."

We have a record level of February Workers this Month. That could not always be said during the prior administration.  We have February record levels of workers in all but two sectors: Information (IT) and Manufacturing. The Manufacturing Renaissance continues this month. It is possible that the current Wuhan Virus situation may encourage American Manufactures to repatriate their production stateside. This was covered in "Record Feb. Wages and Workers."

Every Sector has added workers under President Trump after 37 months in office.  President Rump has overseen the addition of 5.291M workers. This has not been the case with former Presidents Reagan, Clinton, George W Bush, or Obama.

The only two sectors that grew under all five Presidents after 37 months in office are Education and Health Services (EHS,) and Leisure and Hospitality (LAH.) The graphs for this data can be found here.

The thing to remember is that President Trump and Former President Clinton are the only two Presidents who increases jobs and decreased unemployment during their first 37 months in office.

There are many ways to examine the CES and CPS data.  They are two different data sets. They were rarely in sync last year. President Trump has done some things that no other President has done. Jobs are Up. Workers are up. Participation is Up. Unemployment is down.  The Legacy media wants you to believe that this is backwards looking. More Jobs. More Spending. But let them obsesses over the Wuhan Virus.