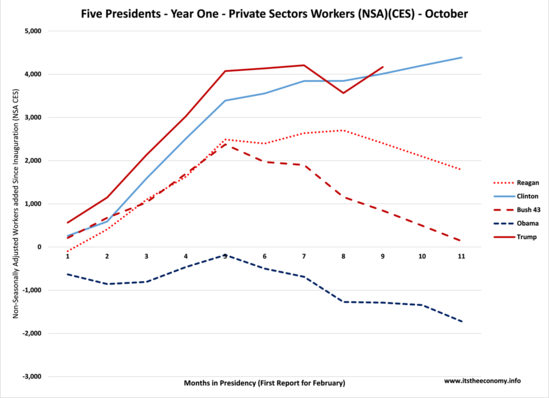 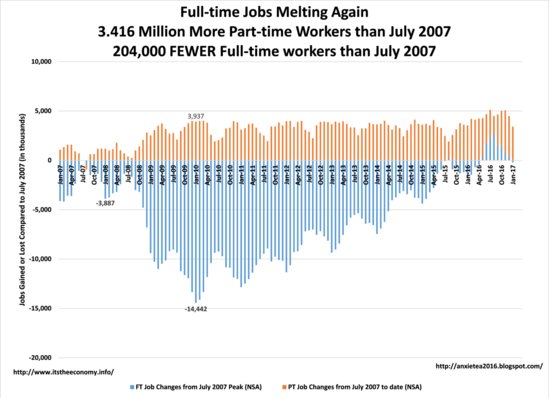 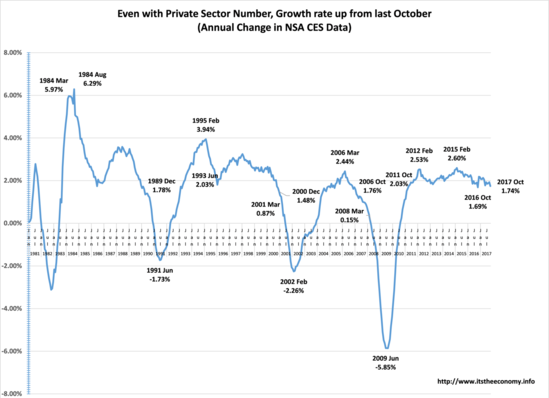 Trumponomics is working - So are we

This month's Employment Situation Report, the October Jobs Report revealed that the August and September "Jobs" Numbers were revised higher, that we added almost 250,000 seasonally adjusted private sector workers after revisions to the September Jobs number of 65,000 workers.  "October Workers Soar" details how we actually added over 600,000 non-seasonally adjusted private sector workers. This article also detailed how the effective unemployment rate, the U-7, is over 9%. The U-7 compares the unemployment level and participation rate of October 2017 with that of October 2006. How is President Trump doing compared to the past four two term Presidents? Let's Look at the Jobs Data, the Workers Data, and the Unemployment Data.

The Private Sector Growth Rate is trying to punch through 2.0%. Last year the October Annualized growth rate was 1.69% and falling. This year the October growth rate is 1.74%. This is comparable to the growth rate of December 1989 and October 2006. We appear to need three, four, and five percent NSA CES private sector worker growth to sustain high levels of GDP growth. It could also be argued that GDP growth spurs worker growth.

There are more workers working. Over 4 million new full-time jobs have been created, not just recovered. Unemployment is down. Participation is up. You won't hear much of this elsewhere.