The monthly revisions to the Gross Domestic Product (GDP) was released this morning. The headline GDP value is the annualized GDP based upon changes from one quarter to the next. The real GDP value is the growth for the same quarter year to year, in this case fourth quarter 2017 versus fourth quarter 2016. Both measures tell us where we have been. A third number hat gets attention is the total year growth rate. . A headline number over 3% is considered good. We never eclipsed 3.0% under President Obama. The GDP is comprised of four main components, Personal Consumption Expenditures (PCE,) Gross Private Domestic Investments (GPDI) which includes construction data, Net Exports, and Government Consumption Expenditures (GCE.) Both the Annualized GDP and Real GDP were revised higher from the preliminary data. What happened?

Annualized GDP was revised higher to 2.9%. PCE, consumer spending, improved by 4.0%. This was the highest growth rate of any quarter since 2014. GPDI improved by 4.7%. This was slightly lower than 2017Q3 except the third quarter growth was 7.3%. The 7.3% growth was the highest third quarter growth since 2014Q3. Exports rose by 7.0% during the fourth quarter. This is only second to 2017Q1 when exports grew by 7.1%. Imports increased by 14.1%, the largest spike since 2014Q1. GCE increased by 3.0%. Government spending as had a negative impact on GDP during prior periods. Add all of this together, even with a net export value in the negative, and you see a 2.9% headline number. First quarter is the weakest quarter of most years. We will receive the last round of data that goes toward the GDP calculation during April.

This report is a little bewildering. The MARTS data for Retail sales shows that October, November, and December were the best ever retail sales months for their respective months.  Q3 to Q4 growth was 6.89%. Q4 to Q4 Growth, same quarter, was 4.95%. Retail Sales during all of 2018 was up 4.43% versus 2016, which was the best retail sales year ever. These values are higher than what is being reported in the GDP report.  These three data points indicate that we are on track for a $6T retail economy. We are not in a retail Ice Age, we are in a Retail renaissance. part of the PCE data pertains to Food, Clothing, gasoline and other non-durable items. There has been some energy, apparel, and service inflation that may carryover to the first quarter data.  We also saw the best New Construction months for October, November, and December since 2008, this should be being reflected in the GPDI value. Exports improved from January while imports dropped. There is still a negative balance. GPDI is up. New Construction had the best year for starts, under construction and completions that we have recorded since 2008. Revisions to the "final" values occur annually during July.  The data has been good. Eventually the GDP report will catch up with reality. 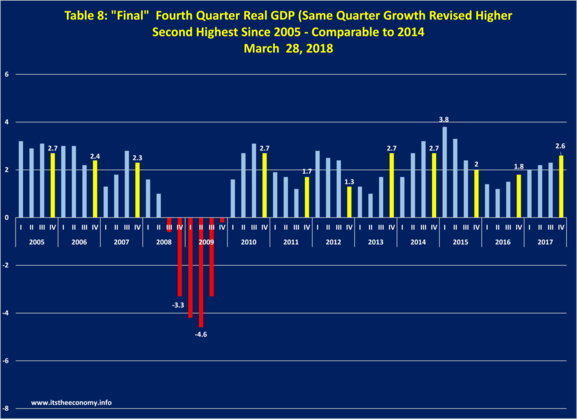 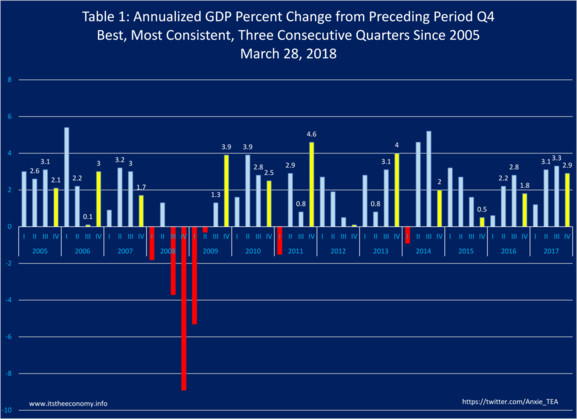