Unemployment Spiked during April - Not as Much as Experts Conjectured

This column has written numerous articles regarding the monthly jobs reports. This was by far the worst jobs report ever. Jobs fell and unemployment spiked, according to the Current Population Survey. Workers were furloughed by the millions, according to the Current Employment Statistics data. The experts were expecting the unemployment level to spike to 25%. There were people thinking that we would see 20, 25, and even 30 million unemployed workers. The April Employment Situation Report was terrible. This was expected. It was sort of like "Police Academy 7." You knew it was going to be bad.

The Participation rate fell to 60.0%.  This is the lowest April participation rate since April 1973 when it was 60.2%. This is remarkable because unemployed workers are participants. The unemployment level did not spike as much as the jobs level fell. This could be because people did not look for work.

This data is historic. The workers were furloughed. It was anticipated to be a temporary situation. We saw more than 20 million people lose there jobs, and we saw employers furlough more than 20 million workers because 1.259 million people contracted the Wuhan Virus and 76,032 residents lost their lives to the virus. There are 328 million residents in the united States. There are 3838 cases per million residents. This means that 3.838 people per thousand have been infected, or 0.38% of the US population. We killed a mosquito with a bazooka. It is time to reclaim some common sense and get back to work. 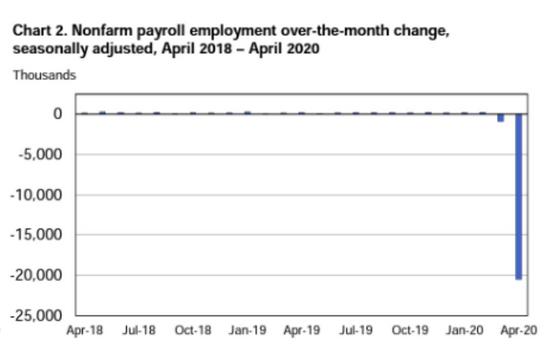 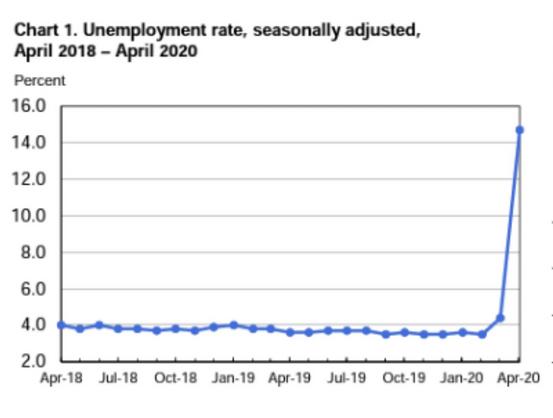