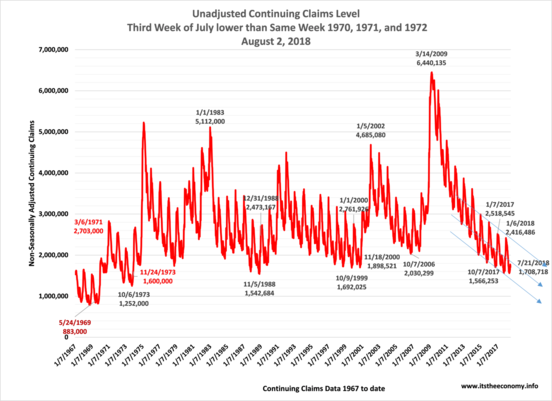 The weekly unemployment claims data used to be a headline number most Thursdays at 8:30 AM Eastern Time. The data is being actively ignored at this time. The data that is recorded is the Non-seasonally adjusted (NSA) first-time unemployment (FTU) claims data and the NSA Continuing Claims (CC) data. The headline value is the seasonally adjusted (SA) FTU data. The SA CC is rarely discussed. The thought going into this report was that the NSA FTU value could drop by 10%, 15%, or even 20% and that a new record for the NSA FTU value for the fourth week of July would be set this week. What happened this week?

The economy is rolling. We received a strong ADP payroll report yesterday. The month to month growth, seasonally adjusted, was one of the strongest seen for the month of June since the Great Recession. The Annual rate of growth was stronger than June 2018 and stronger than July 2017. This column has forecasted a strong July Employment Situation Report. Watch the revisions to the May and June data. The May and June  ADP Data were revised higher. The upward revisions "borrowed" growth from July.Non-seasonally adjusted U-3 may tick higher for July. The SA U-3 level may also increase. Participation is almost guaranteed to improve and be the best NSA participation rate since 2014. The NSA value will probably remain below 64%.  This column will write numerous articles on the Jobs Report Data. Expect fireworks. 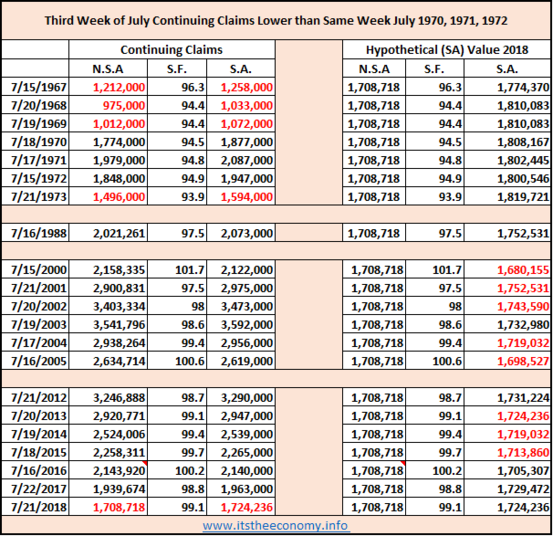 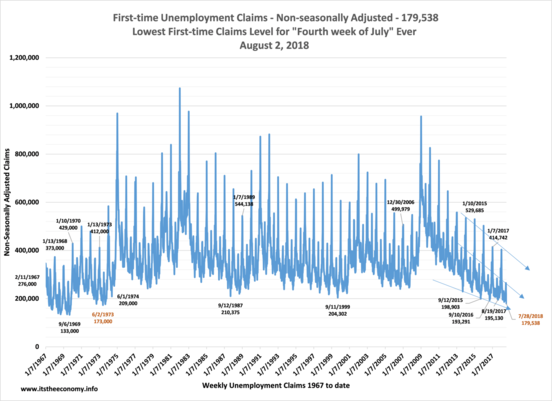 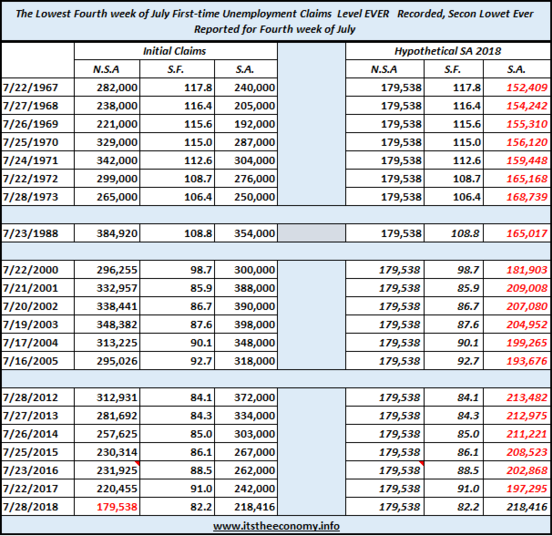