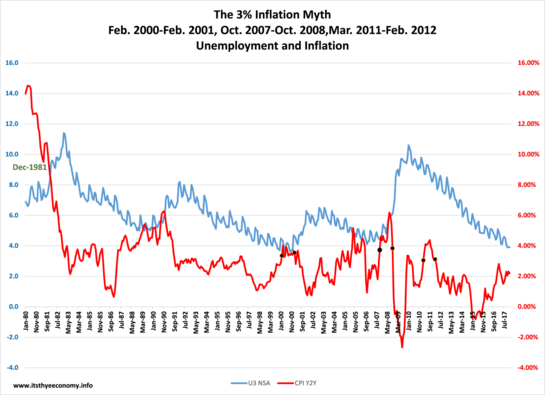 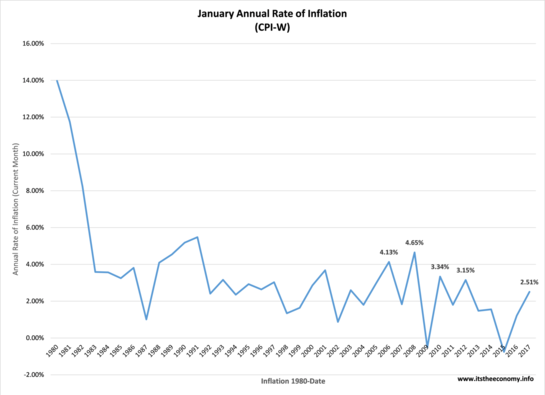 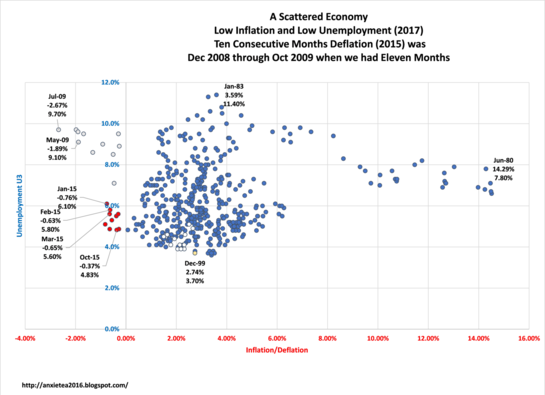 The Phillips Curve - Does it Really Matter?

We have been experiencing inflation since the end of 2015. This doesn't sound like a big thing. We had two periods of deflation since January of 1980:  December 2009 through October 2009 and January through October of 2015. This is the CPI-U level, the urban wage earners. Where some people were touting the "savings at the pump," while gas prices were falling and dragging down the retail numbers, this column was calling out the streak of consecutive months with deflation.

The Sweet Spot appears to be between 4% and 6% Unemployment and 2-4% Inflation. The participation rate this past month was skewed low by a boost in the workforce population number. A low participation rate masks "real unemployment." If people are not participating then they are neither employed nor unemployed. They are missing participants. Higher inflation may indicate that the real rate of unemployment is decreasing from a range of roughly 8.5% (8.45% to 8.67%.)Unemployment between 8-10% should indicate inflation between 0% to 4%. Could we hit 3% inflation and 5% unemployment? Unemployment was up during January. We know that there was some wage inflation. Will it carryover to the inflation picture this month?