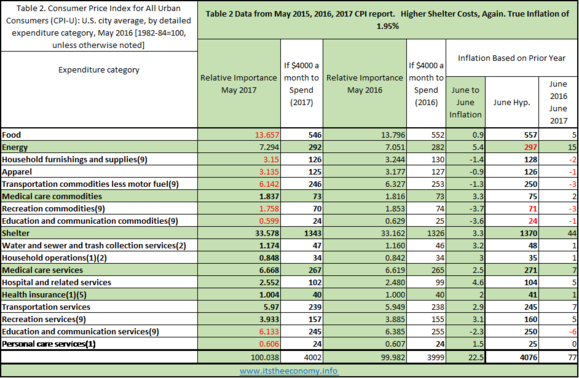 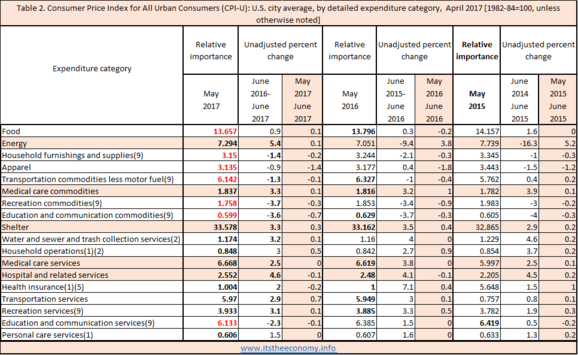 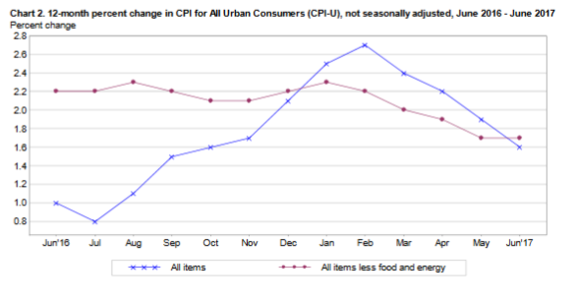 There was some concern when the February Consumer Price Index Report was released for the month of February that we might see inflation exceed 3.0% during March. Inflation has waned, overall, since that time. When the March data was reported this April it was noted that the weighting of all goods surged from 93.5% to 99.2%.  How does something only consume 93% of your income one month and a year later it jumps by that much ?It is even more strange this year as you look at the weighting of Health Insurance during 2015 and the same month during 2017. How can we be saving this much money as health insurance premiums and deductibles are on the rise?The reason that some much time is being spent on Health Insurance is that for the "umpteenth" time Shelter Inflation and Medical Inflation are the driving forces behind what inflation is being recorded. What was recorded in the monthly CPI report?

Shelter Costs are taking a bigger chunk of our disposable income. The way that the data is calculated is how much of your dollar does everything consume and how faster are the costs of these components increasing from year to year and month to month.June Shelter consumption has increased from 32.865% to 33.162% to 33.578% from June 2015 to June 2016 to June 2017. When qualifying for a mortgage the guidelines used to be that mortgage payments could be 28% of your gross income and your mortgage combined with long-term debt could not exceed 33% of your income. This should be causing some concern - granted not everyone's shelter cost is a mortgage - it could just be rent. The problem is that if rent is consuming this much of your income then you may not be able to save money for a down payment on a home.

Did your rent increase by over $44 a month this past year? This column has come up with a metric of "If you have $4000 a month" to spend on "everything" after taxes, and hopefully funding your IRA or other savings, how you be spending it according to the government powers that be. The biggest increases in your spending between June 2016 and 2017 would be on energy and shelter. Your total costs would be $4076 a month, out of your $4000 disposable income. This means that inflation is running at 1.90%. That "energy savings: that was being touted during the run-up to the 2016 election - gone.