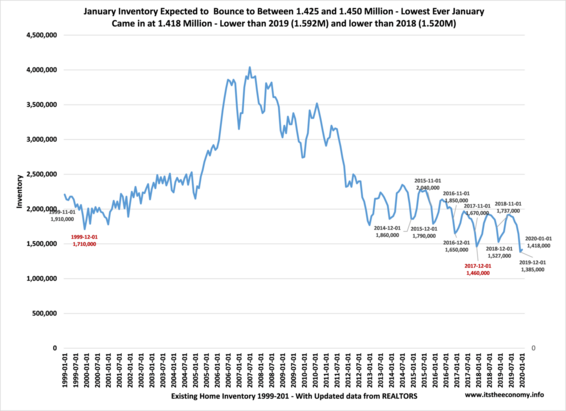 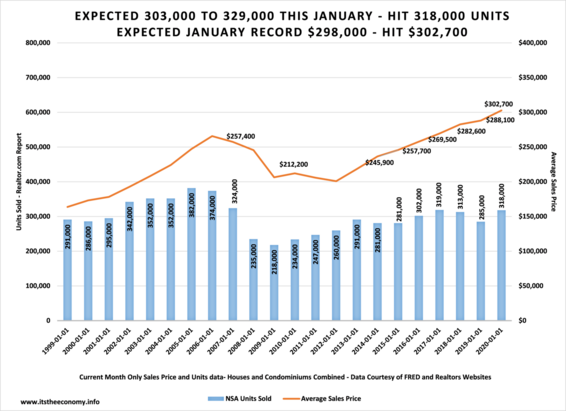 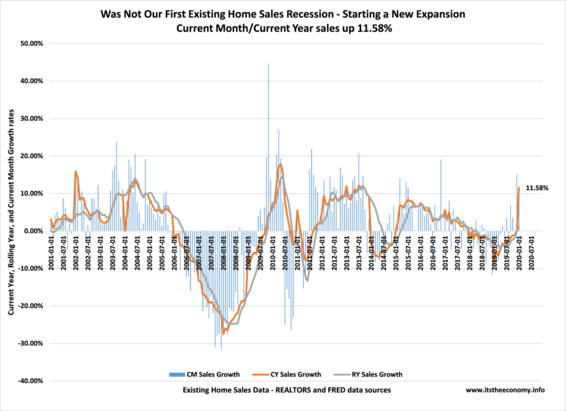 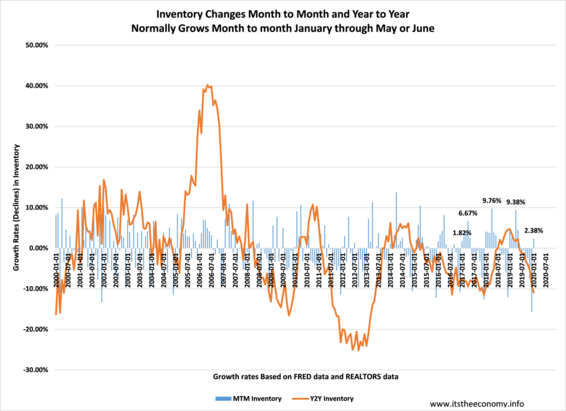 The Existing Home Sales Spiked January to January by 11.6%

Existing Home Sales were expected to drop month to month and bump higher, in general, January to January. The January sales level tends to drop 24% to 30% month to month during January. This meant that we could have expected January Sales between 303,000 to 331,000 units. The January to January data could have dropped by 3% (unlikely) or spiked by 6%. This would mean that we could see sales of 303,000 to 329,000 by this standard. Both projections were in agreement.

Inventory, the lack thereof, has been holding back existing home sales for five years.  The January to January level is expected to drop up to 6% or grow by up to 5%.  It was  expected to see the existing home inventory level of 1.425M to 1.450 million. It was even possible that we could see up to  1.500 million units.

Inventory normally rises, in percentage terms, January through May. It is possible to see inventory rise during June or July. June is normally the best closing month of the year as people try to close on the final Friday of the month and move homes around the Independence Day weekend.

Basically, the news is good.

Copyright ©2020 “Existing-Home Sales Drop 1.3% in January
But sales are up from one year ago” NATIONAL ASSOCIATION OF REALTORS®. All rights reserved. Reprinted with permission. February 21, 2020 https://www.nar.realtor/newsroom/existing-home-sales-drop-1-3-in-january