We should record January to January growth in all sectors. This is important. All sectors have added workers under President Trump. The non-seasonally adjusted  growth rate has been slowing since January. That said, even a growth rate of 1.44% could yield a seasonally adjusted gain of 194,000 private sector workers. That would be the slowest January rate of growth since January 2011. If we grow at 1.48% then we could see a number closer to 246,000. The sectors with the largest growth rates should be Mining and Logging (M/L,) Construction,Professional Business Services (PBS,) Leisure and Hospitality (LAH,) and Education and Health Services (EHS.)

We should record December to January declines in all Sectors.  Yes. January is one of the months why seasonally adjusted data was created. We always trim the workforce by 1.80% to 2.80% between December and January. It is possible, during a recession, to trim jobs both month to month and January to January. That is not anticipated this January.

There is "no way" that we are going to see a decline January to January this year.We did not have a Government Shutdown. We did not have a GM strike. Last year we had 125.932 million workers, prior to the revisions that will be released this Friday. This December we had 130.344 million non-seasonally adjusted workers. We have trimmed roughly 2.4 million to 2.6 million non-seasonally adjusted private sector workers each of the past four years.We would have to trim 4.4 million workers to go negative January to January. That should not "ever" happen during the course of one month.

Expect to record a drop of 1.95% to 2.05% this January. All sectors are expected to trim workers. The sectors with the largest percentage drops are expected to be Construction, Trade, Transportation and Utilities (TTU,) Information (IT,) PBS, and LAH. This is normal.

Seasonally Adjusted Workers should be reported as being added in all sectors except Information and Mining and Logging (M/L.) We have seen strong growth in all sectors except M/L this year, especially EHS, PBS, LAH, and Construction. We normally see a drop in IT during January. We are already down 22,000 workers, NSA, for M/L November to November. There is a possibility that the SA data for M/L may have the largest month to month spike. Other sectors that should report strong growth are Construction, LAH, EHS, TTU, and Manufacturing.

Seasonally Adjusted worker data should rise for all sectors, January to January. Watch the Government data this month. We had the Schumer Shutdown last January. The largest growth should be M/L, Construction, LAH, PBS, and EHS.

Wages should rise, hourly, and total wages. Hourly wages have been rising at 3% for basically a year. More of the same is expected. When the average wage for workers is multiplied by the number of workers working, and both grow, the impacts are synergistic. We also may see upward movement in hours worked rise.

What can we expect from the Current Population Survey "Jobs and Unemployment Data?" Jobs will record a drop, unemployment will record a rise, and participation should record a rise It is fairly certain that both non-seasonally adjusted (NSA) Full-time (FT) jobs and NSA Part-time (PT) jobs will drop this month. There is the possibility of part-time jobs rising.  There should be a seasonally adjusted (SA)  rise in Full-time jobs, and a possible rise in SA part-time jobs. Sometimes the FT jobs report a rise and a PT job drop. We often see both the SA FT and SA PT rise during January.

The MJH level is expected to drop 3% to 4% month to month. This would place us between 7.73 million and 7.81 million MJH. This would put us at a January level not seen since January 2000 when it was 7.897 million, or January 1999 when it was 7.702 million, or last year at 7.749 million. The FT PT worker level could grow or contract by 3%. The dual PT number is expected to fall 3% to 13% month to month, or to a range of 1.80 million to 2.0 million.  The record for January was set during 2018 when there was 2.04 million dual PT workers. A second job is the ultimate form of unemployment insurance. We could see the dual worker number fall and it will not impact unemployment.

There are other ways to examine the data. How are men and women doing in the Trump Economy. Both genders are expected to have record levels of CPS jobs this January. How are people doing by age group? It is still expected that people over 55 years of age will be over-participating.

Watch the data revisions. A half million workers makes a big difference in the data. Watch the seasonal factors. That could make a difference of 160,000 seasonally adjusted private sector workers. Participation matters. 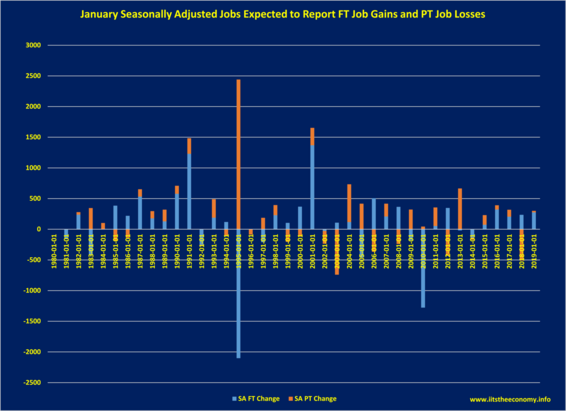 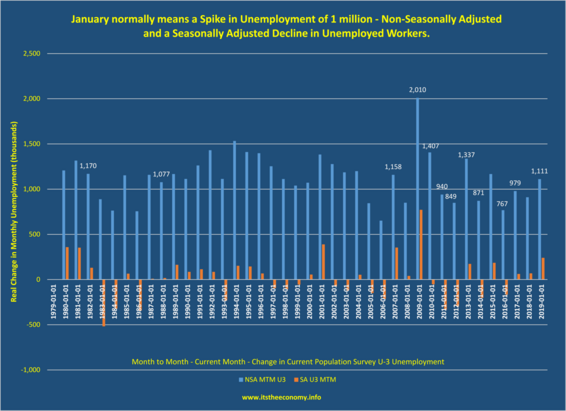 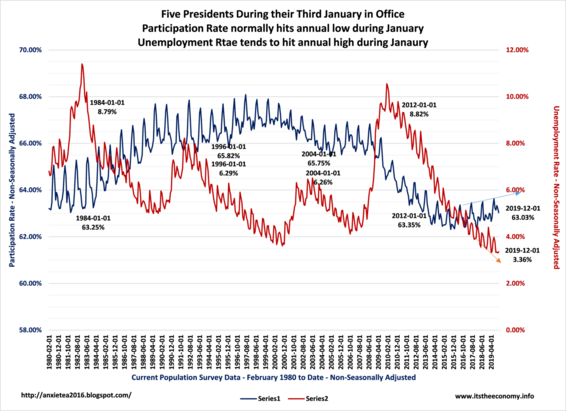 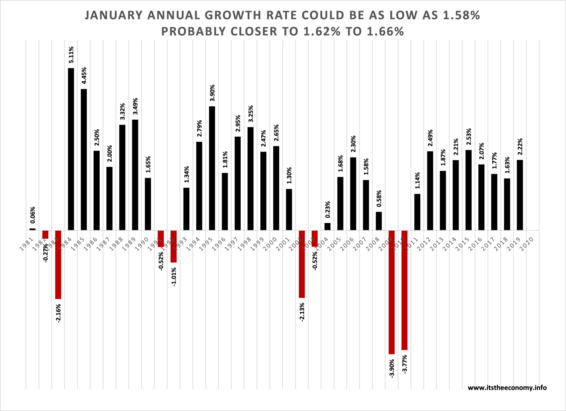 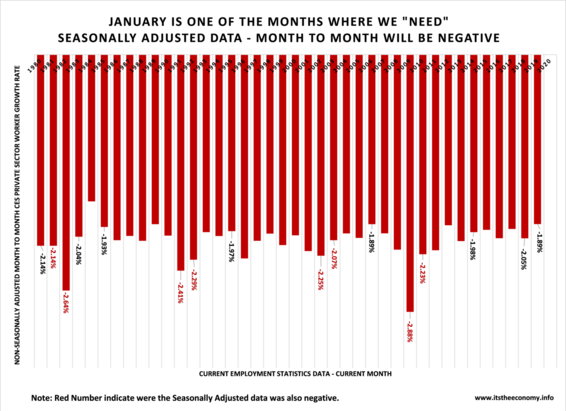 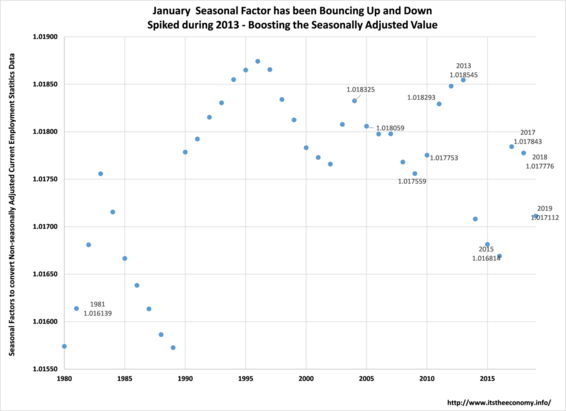 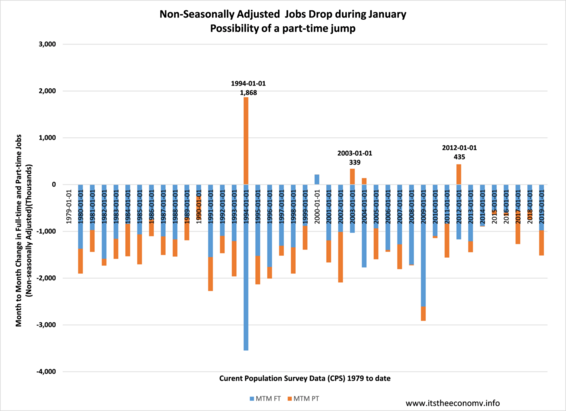 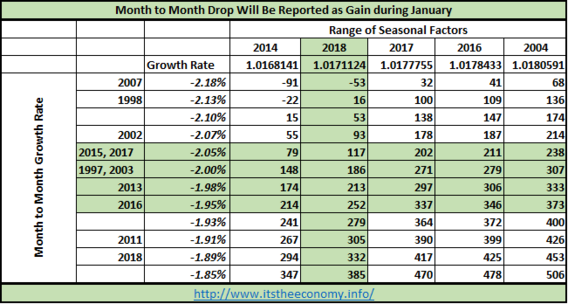