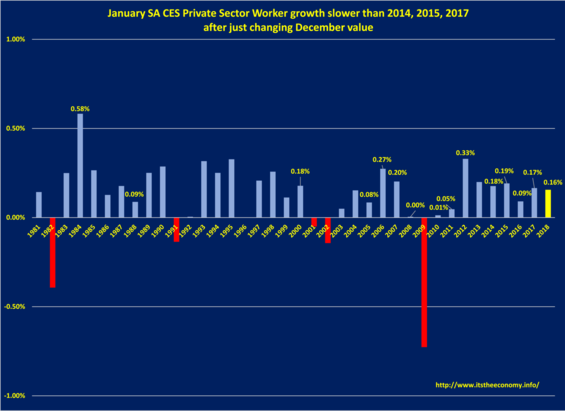 The Non-Seasonally Adjusted CES data recorded massive revisions to the data. The data for November was revised up from 125.716 million to 125.970  million. The December data was revised up from 125.654 to 125.885 million . January's data dropped to 123.292. Without the data revisions to December the contraction would have only been 1.86%. We would have seen 452,000 private sector workers added without revising the data higher. The story does not end there. It appears that all of the non-seasonally adjusted data for the private sector number have been revised back to 1981. Th most significant changes were during 2016 and 2017

There was a surprise jump in the seasonally adjusted Current Employment Statistics data from where it was reported just a month ago. The Non-seasonally adjusted CES and the Seasonally Adjusted CES data was revised all the way back to at least 1981. The data for 2016 saw the most revisions. They were better years than originally reported. Did we add 196,000 seasonally adjusted private sector jobs or over 400,000? Was this a Ho-Hum report or the best jobs report during the past 30 years? Was this Armageddon or was this winning? 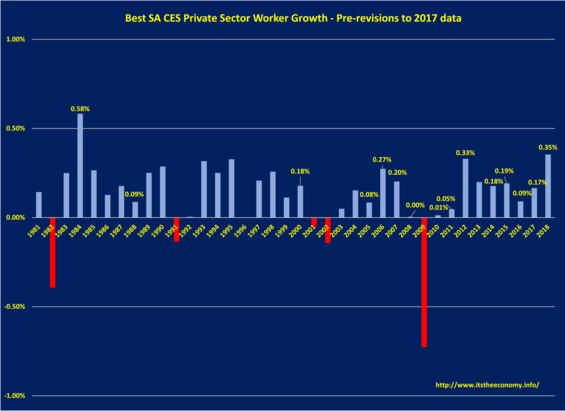 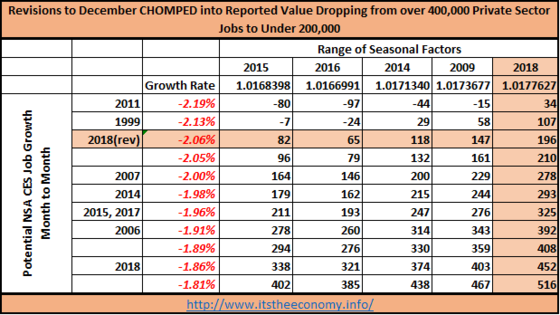